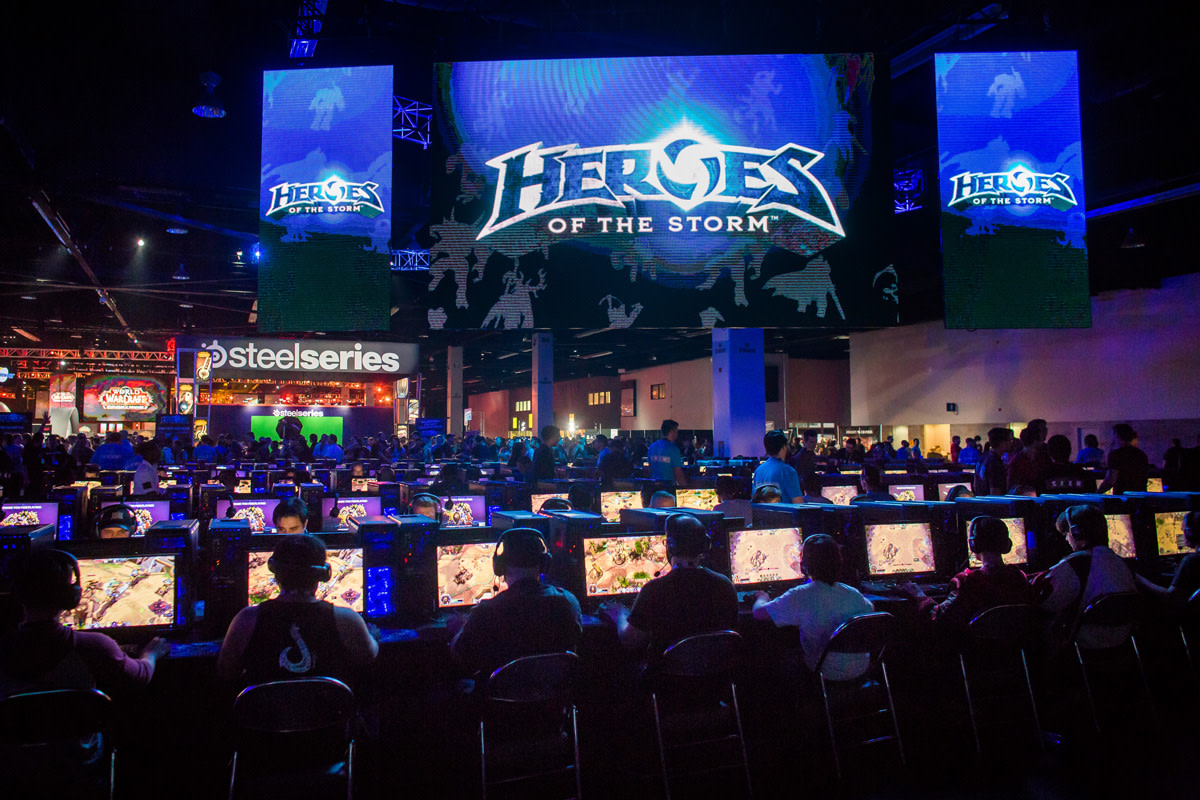 While this may look like more of a “best of” highlight play for scHwimpi—what is at stake in this single team fight is $50,000 and the rights to the Mid-Season Brawl trophy. Catching Team Dignitas down a talent tier was all that scHwimpi and the rest of Fnatic needed to march down bottom lane for the Core.

Another high-stakes match pit MVP Black versus Tempest in the grand finals of 2016’s Summer Championship. In this back and forth series that went the full five Battlegrounds, the real turning point for Tempest (the inevitable winners) was this single skirmish in bottom lane on Dragon Shire where Dae Hyung “HongCono” Lee tanked and survived an obscene amount of damage as Muradin before Jae Hoon “Lockdown” Jin’s Li-Ming landed her first reset.

In 2017’s Nexus Games Europe, Team Sweden attempted a rather risky last resort boss pull that turned into one of the most viewed Twitch clips we’ve ever had on the BlizzHeroes channel. If you haven’t seen it, you’re about to find out what happens when the awesome power of a Demon Hunter meets Darkness Incarnate himself.

The early days of Heroes Esports were full of long and scrappy fights, especially in the Korean region. 2016’s Powerleague Season 2 played host to a slew of these endless tussles, including this mid-lane brawl between L5 and Tempest that spilled across the top half of Cursed Hollow.

Making it to the big show is the only thing that matters, and for both Tempest and Mighty taking this boss on Sky Temple was the difference between taking a break for a few months or competing with the titans of the world at BlizzCon 2017. This is one of those clips that gets better every time you watch it, and you’ll probably need to watch it a few times to understand where things went wrong for Mighty.

The ending to 2016’s Fall Championship featured what is likely the most hype team fight of all time, with members of both Ballistix and Fnatic playing a miniature game of positioning chess under Warhead Junction’s top boss during what can only be described as a nuclear Armageddon.


This team fight is a crucial element of Heroes of the Storm, a potentially amazing spectacle for viewers and an indescribable emotional roller coaster for the players themselves. While Fnatic lost the tournament to Ballistix, their triumphant stand on Warhead Junction is the moment everyone remembers from the Fall Championship at BlizzCon.

In this article:Activion-Blizzard, blizzard, esports, heroes of the storm, HGC