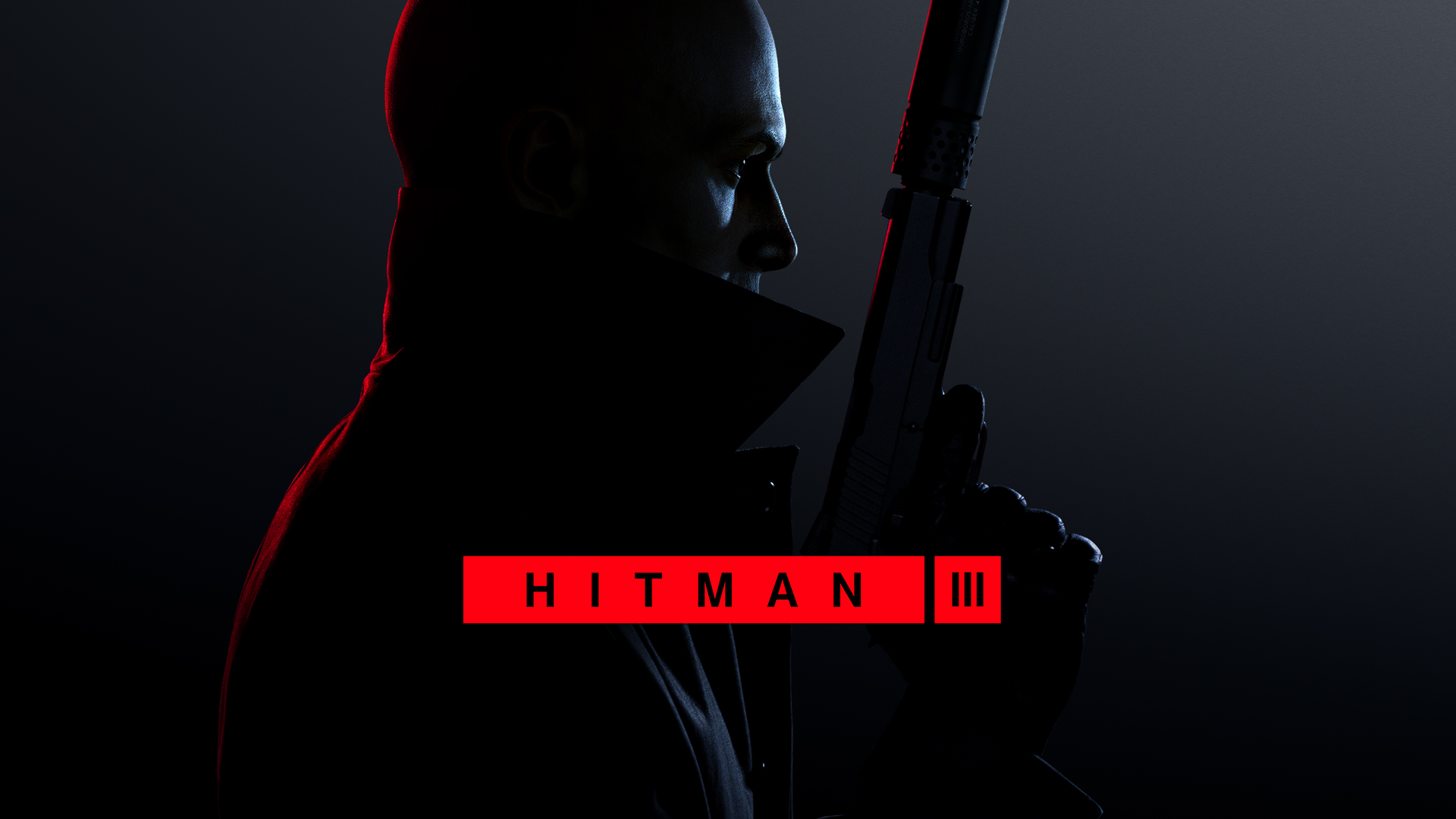 Just over two years on from the release of Hitman 2, the conclusion to the highly revered World of Assassination series of Hitman games has arrived in the form of Hitman 3. Much like its predecessor, Hitman 3 takes the deep and refined Hitman gameplay established in the first game of the rebooted trilogy, providing new, diverse and interesting sandbox locations in which you can assassinate your foes in whatever fashion you please, while also making some minor tweaks, changes and additions.

In my review of Hitman 2 back in 2018 (simpler times), I made it clear that the story left much to be desired. It was confusing and lacked enough substance to make the narrative gripping or worth the investment. The static cutscenes also felt cheap and made it even harder to care for the generic and mediocre narrative. Thankfully, Hitman 3 does a much better job.

At the conclusion of Hitman 2, Agent 47 with the assistance of his handler Diana Burnwood and his recently reunited childhood friend Lucas Grey manage to capture The Constant, the second-in-command of the extremely powerful and influential secret society known as Providence. He provides the trio with the identities of the three Providence partners that control the organisation, which in turn prompts Grey and 47 to head out to gather intel. The events of Hitman 3 continue from where Hitman 2 left off, chronicling the events of Agent 47 and Co’s globetrotting journey to kill the Providence leaders and finally bring the mighty organisation to its knees.

While the story isn’t amazing by any stretch, it does a solid job at providing an interesting narrative that is playing out between each mission. The return of fully animated cutscenes does a great job of making them more interesting to watch, and the brilliantly voiced performances of characters like Agent 47, Burnwood and Grey all benefit as a result. Having disliked the storytelling moments in Hitman 2, I was pleasantly surprised by how much I enjoyed them this time around. With plenty of twists and turns throughout, Hitman 3’s story is at least worthy of your attention this time around.

Also worthy of your attention is the sheer beauty of Hitman 3’s presentation. The PlayStation 5 version looks jaw-droppingly gorgeous, running gloriously at 4K 60fps without any noticeable frame drops in sight. The game’s highly detailed environments look stunning due to the abundance of crisp and clean textures, alongside the vibrant colours. Rarely in video games do I find myself wowed enough by the lighting, shadows and reflections to mention them in a review, but they are so expertly done in Hitman 3 that I deem them worthy of a mention. I found myself in awe as I traipsed around the world’s tallest building in Dubai, utterly mesmerised by the complex reflections on the clearly polished floor. Lighting and shadows in each level look surprisingly realistic, forever drawing you into the game’s seriously impressive visual look. In short, Hitman 3 is pretty as hell, with stellar performance to boot. I did have one crash and a couple of textures fail to load, but these weren’t major issues.

Hitman 3 is a beauty to behold

Again, much like Hitman 2, IO Interactive has unashamedly taken the ‘if it ain’t broke, don’t fix it’ approach to the gameplay of Hitman 3. As Agent 47 you are tasked with assassinating key Providence targets in six diverse locations around the world, from the aforementioned Dubai to a ratty nightclub on the outskirts of Berlin. Killing your targets can be done in a myriad of different ways, with the assassin simulator sandbox of Hitman 3 granting you the freedom to be as creative as you want to be. If you’re seeking a methodical and rewarding kill you may be interested in stealthily getting close to the target and taking them out with a silenced pistol or fibre wire. If you are a tad too impatient you are more than welcome to simply run at your target and gun them down, however this is not advised as your cover would be blown and you’d quickly end up with an Agent 47 with more holes in his body than Swiss cheese.

Targets are often followed closely by security, meaning you will often need to be creative in your approach, with disguises being your best bet at getting up close and personal with your targets. After killing or knocking an individual unconscious, you can strip them of their clothing and use their outfits to get into areas that would otherwise see you compromised. Disguises also make it easier to slip past unsuspecting individuals such as fellow members of security, however some will be able to see through your disguise, which in turn makes sure they aren’t too overpowered. Pairing numerous disguises with environmental hazards and items and weapons you find in the levels is the key to success. The gameplay in Hitman 3 is fantastic, as it has been throughout the trilogy.

Hitman 3 also gives you the freedom to tackle assassinations in whatever way you like. Mission stories (of which there are multiple in each level) exist to provide you with tips on approaches you can take if you prefer a more structured and linear scenario. In most cases they can be found by eavesdropping on a conversation, with the game then displaying clear steps for you to follow to get a worthwhile and rewarding kill. Having your hand held through missions may not appeal to everyone, but they do provide a clear path to success that some inexperienced players may need to grasp how to better play the game. Even if you’re an absolute weapon at the game, mission stories still serve as a great way to witness a fulfilling and different way of taking your target down. They also provide some fun side stories that you may otherwise miss.

Do you think he wants his clothes back?

While six levels doesn’t sound like a hell of a lot, they are inherently replayable, with countless ways to complete them. If you want more of a challenge you can do an escalation mission, which often requires you to kill a target in a particular way. They also up the ante by increasing security cameras and restricting disguises, and serve as fun ways to test your assassination abilities. The popular Contracts and Elusive Target also return, however the multiplayer competitive Ghost Mode and cooperative Sniper Assassin modes from Hitman 2 have been scrapped. They weren’t exactly amazing modes and probably won’t be missed, but it is sad to see additional content cut. Regardless, there are countless things to do in Hitman 3, with plenty of challenges to complete, alongside Escalations, Contracts and more. But that’s not all!

One of the best features of Hitman 3 is the ability to play the levels of Hitman and Hitman 2 within it, essentially making Hitman 3 the ultimate Hitman platform. Obviously you need to buy the content additionally if you haven’t purchased the game previously, but it’s a good way to experience the levels for the first time or play them again. The PlayStation 4 version of Hitman 3 also has PlayStation VR functionality, which also extends to the Hitman and Hitman 2 levels. My cramped room isn’t quite the ideal VR setup, however from the few missions I did play in VR, I did have a decent amount of fun. It was finicky as most VR titles are, but it does serve as a fun additional mode to tinker with if you happen to be Virtual Reality inclined.

Hitman 3 is an epic conclusion to the World of Assassination trilogy. It looks and performs brilliantly, its story is actually enjoyable this time around in part due to some enjoyable twists and turns, and the well established gameplay of the series continues to be addictive to play in the latest batch of levels. With the ability to play all Hitman and Hitman 2 levels within Hitman 3 (provided you own the games and their respective DLCs), Hitman 3 positions itself as the best way to experience the World of Asssassination trilogy, and even on its own, its solid narrative, creative levels and tried-and-true gameplay make it arguably the best of the trilogy. 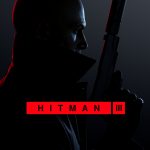 Hitman 3 Review
The End of An Era
Hitman 3 does an excellent job of wrapping up the World of Assassination Trilogy, pairing the predictable yet enjoyable narrative with the refined and forever reliable Hitman gameplay
The Good
Excellent visuals
Safe but decent narrative
Brilliant levels
Hitman and Hitman 2 are playable in Hitman 3 (if you own them)
The Bad
No more multiplayer modes (Ghost Mode and Co-op Sniper Assassin)
Rare crash and texture hiccups
8.5
Get Around It

Hitman 3 Review
The End of An Era
Hitman 3 does an excellent job of wrapping up the World of Assassination Trilogy, pairing the predictable yet enjoyable narrative with the refined and forever reliable Hitman gameplay
The Good
Excellent visuals
Safe but decent narrative
Brilliant levels
Hitman and Hitman 2 are playable in Hitman 3 (if you own them)
The Bad
No more multiplayer modes (Ghost Mode and Co-op Sniper Assassin)
Rare crash and texture hiccups
8.5
Get Around It
In this article:Agent 47, Assassin, Assassination, Diana Burnwood, Dylan Blereau, Hitman, Hitman 2, hitman 3, IO Interactive, pc, PlayStation, ps4, PS5, series s, Series X, stadia, Stealth, VR, xbox