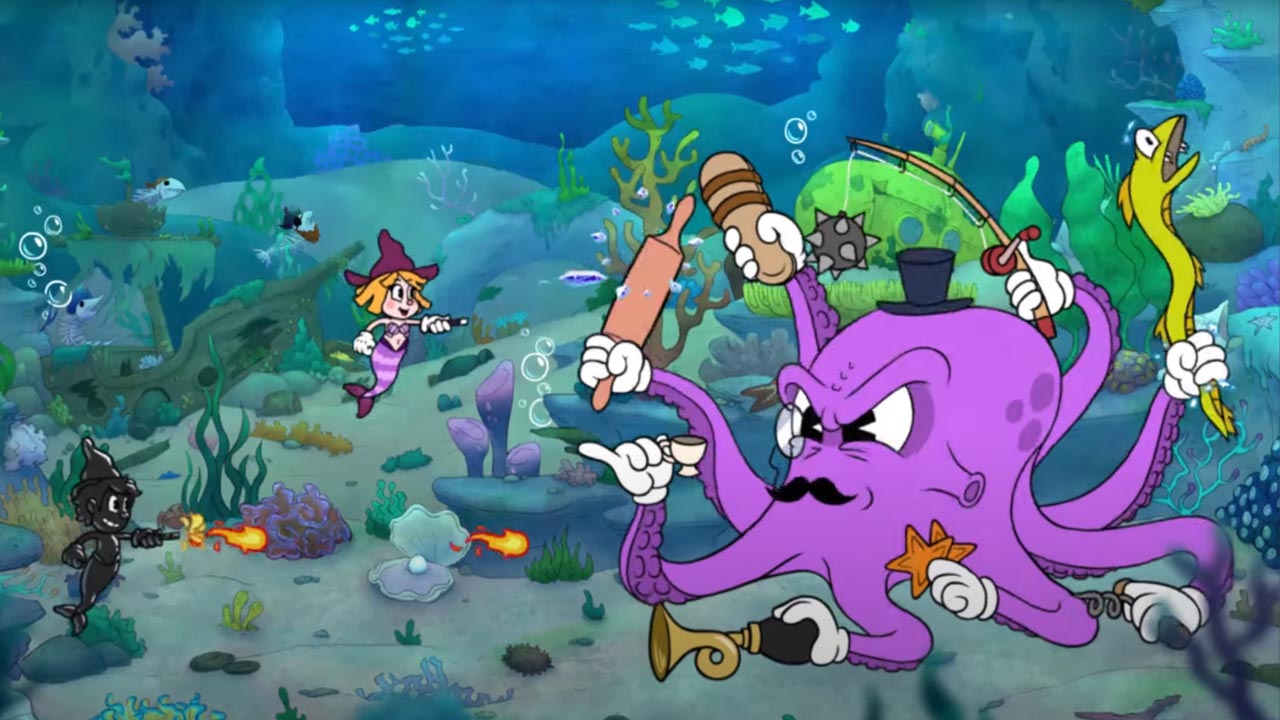 Cuphead took the world by storm back in 2017 when it mixed a charming as hell 1930s cartoon aesthetic with criminally hard gameplay, garnering a lot of critical praise (we gave it a 9) and a loyal fanbase in the process.

The adventures of Cuphead and Mugman (and later Ms Chalice) were so good that it left fans clambering for more after the final DLC was done and dusted. If you are one such fan, another indie title, currently seeking funding on Kickstarter, might be worth your attention.

The two-person studio XIXO Games Studio is currently working on Enchanted Portals, a 2D platformer with a great many similarities to the aforementioned Cuphead. With a similar art style, evolving boss battles and an option to play co-op, Enchanted Portals definitely looks to be borrowing quite a bit from the popular platformer, so those who enjoyed Cuphead should keep an eye on it.

Here’s a quick description of the game from its Kickstarter page:

Featuring music sure to get stuck in your head, a charming old-timey art-style, and comedy from beginning to end, Enchanted Portals is a co-op 2D platformer at its heart – but a platformer in which there is always something different and exciting waiting around the corner. Whether you are playing alone or with a friend, the magic is nonstop in this game, and the action is both fast-paced and whimsical.

As you can see from the trailer below, Enchanted Portals leaning pretty heavily on the foundations built by Cuphead, a criticism that XIXO Games Studios has been confronted with on more than one occasion, but the overall product does look promising nonetheless.

At the time of writing, the Kickstarter is around 15% of the way to its goal, with only a few days left before the campaign ends on May 16. XIXO Games Studios has stated that if the goal isn’t reached that they will endeavour to find an alternative funding method to continue development.


Enchanted Portals is currently in development for PS4, Switch and PC. If you’re interested, head over to their Kickstarter Page.