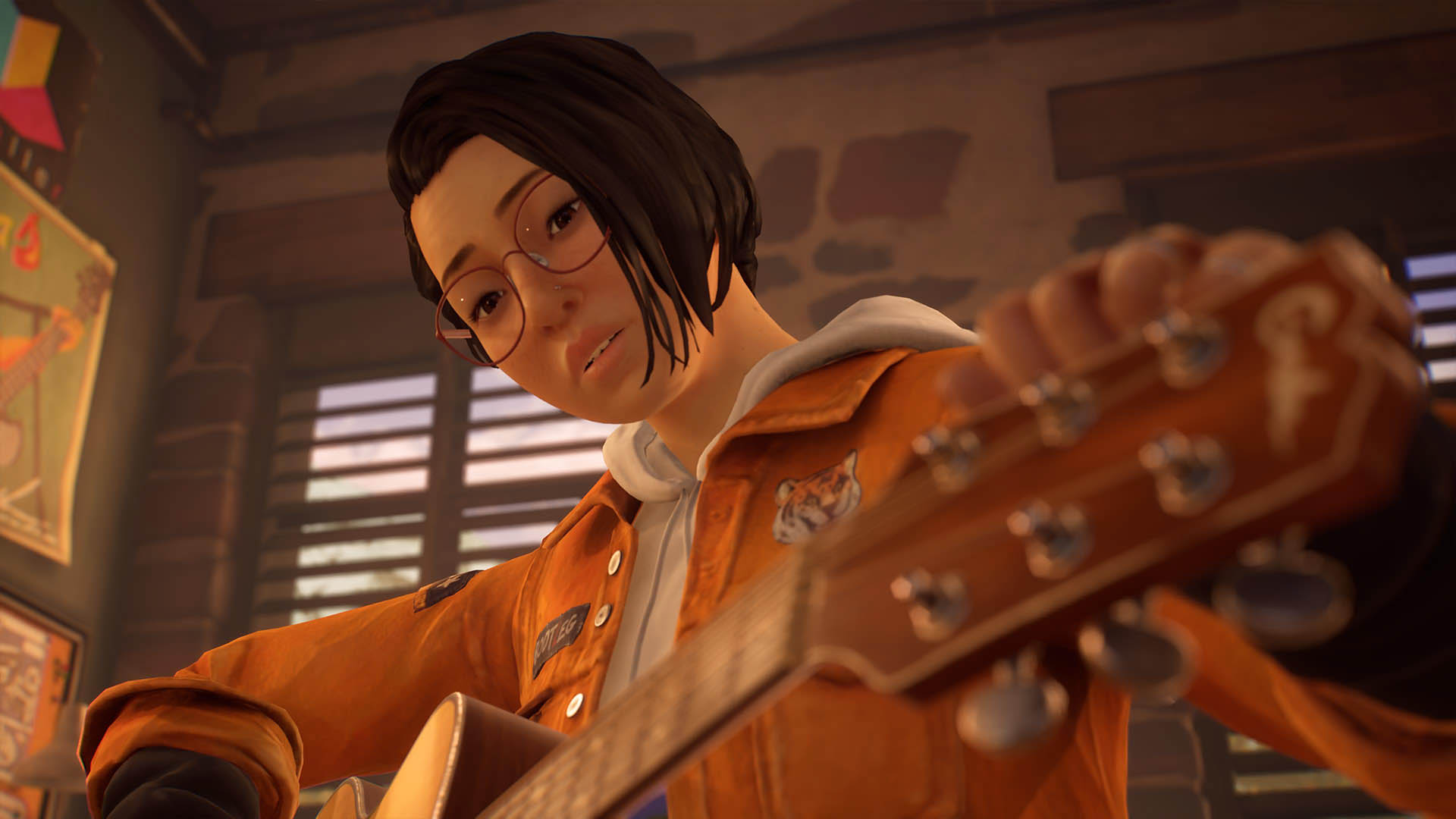 Life is Strange: True Colors has been one of the brightest spots on my 2021 video game release radar for a few good reasons. First and foremost is my affinity for the series, but more importantly and less personally it marks some pretty radical departures for the IP that show that both publisher Square Enix and returning developer Deck Nine Interactive are taking the narrative drama series seriously. With the game set to release in just a week, I’ve been lucky enough to finally have hands on and to be able to talk a little bit about its opening chapter and how it sets up the experience to come.

That’s an important term as well, Chapter, as it’s a reminder of one of True Colors’ radical shake-ups of the formula. Unlike every Life is Strange release before it, this one is not episodic. Gone is the free-to-air frustration of lengthy waits (sometimes months) between episodes and in its place, the streaming network theory of at-your-own-pace entertainment (see; binging). It’s a complete game now, albeit still portioned off into five distinct chapters as to allow players to still consume it in a way that allows for emotional breaks between pivotal moments. And while I can’t talk about the particulars of it just now if the ending of the first chapter, titled A-Side, is anything to go by those breaks might just come in handy. 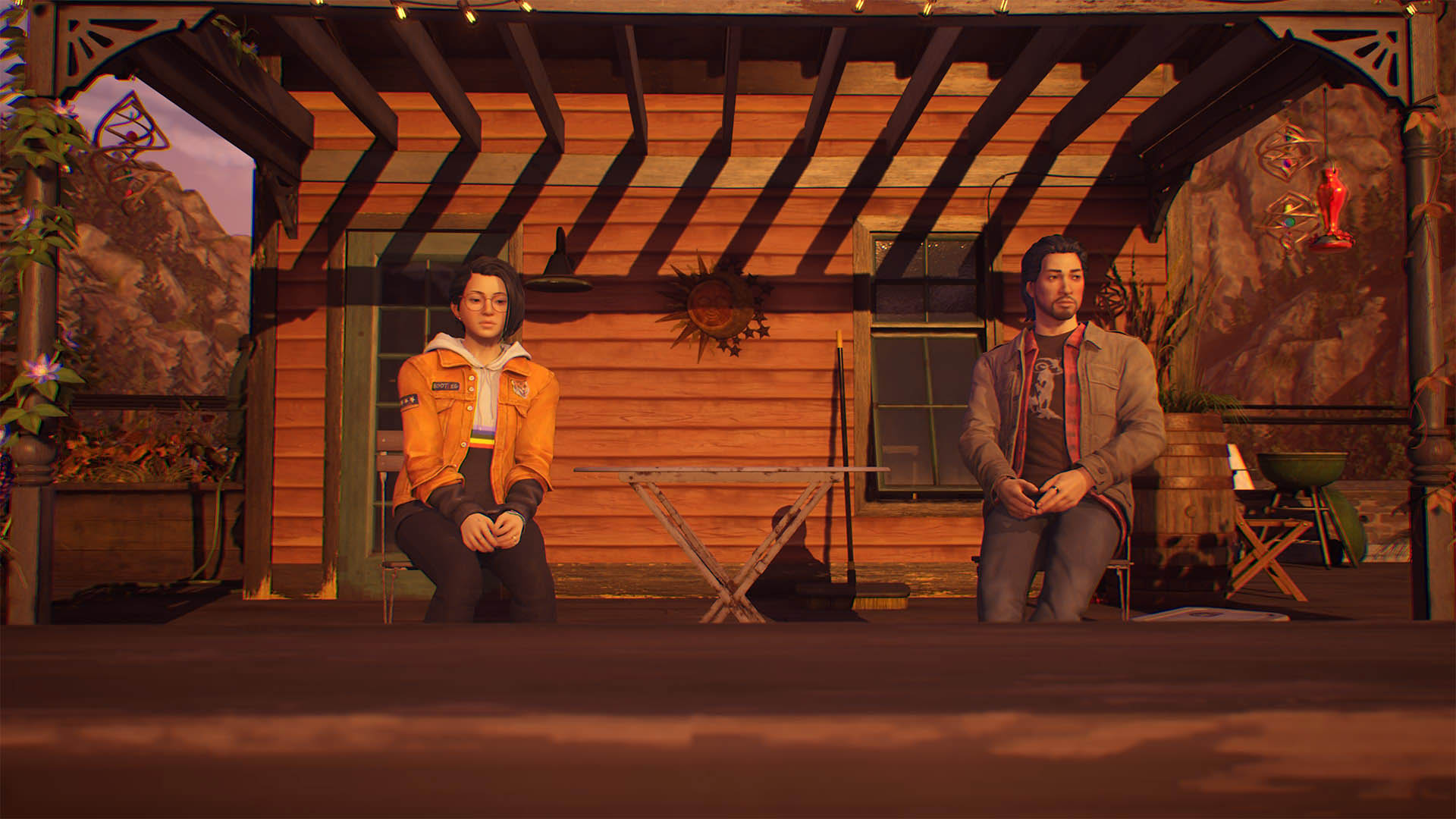 Winding it back to the beginning of the beginning of True Colors though, this introductory chapter sees new protagonist, Alex Chen, discharged from a group home and arriving at the small country town of Haven Springs, Colorado. After being torn apart and put through the foster care system, Alex and her brother Gabe are reunited when he tracks her down and invites her to live with him in the town he now calls home. Much of this first chapter is spent getting to know both Alex and the town, as well as Gabe and the colourful cast of other residents that live there, but it doesn’t take long before things start to get interesting. It wouldn’t be a Life is Strange game if someone didn’t have otherworldly powers, after all.

While Deck Nine’s previous effort, Before the Storm, briefly sidestepped the supernatural and Dontnod’s proper sequel, Life is Strange 2, gave them to a non-playable main character, Alex’s special abilities are at the forefront of True Colors. A kind of psychic empath, Alex is able to see the emotions of those around her as faint auras and, if those emotions become strong enough, delve into that person’s mind and feel them herself. Both a blessing and a curse, Alex’s power allows her to understand the people she interacts with on a much deeper level than usual, but it also opens her up to experiencing feelings that aren’t hers, and are typically of the negative variety such as anger, sadness and fear. The first major example of this sees Alex get involved in a heated altercation that results in her injuring others, a likely foreshadowing of the potential dangers she’ll face later in the story.

When it’s not all bad though, Alex’s empathetic ability proves to be both a great storytelling and gameplay device that, at least as far as the first portion of the game, plays nicely into optional exploration and diversions. Another departure for True Colors is an increased sense of freedom to stray from the linear narrative path. It’s still far from an open world, but there are absolutely more opportunities to wander with more reward for doing so. Even in the tightly-controlled first chapter I found plenty of reason to investigate and explore, which more often than not resulted in digging up useful information to either bring out in conversation or keep in the back of my mind when it came time to make hard decisions. The series’ usual branching dialogue and story choices are all present and accounted for, down to the chapter-end screen showing how you chose compared to the community at large, so it’s nice to feel like I truly understand both the people and the places my choices could affect, more than ever before. 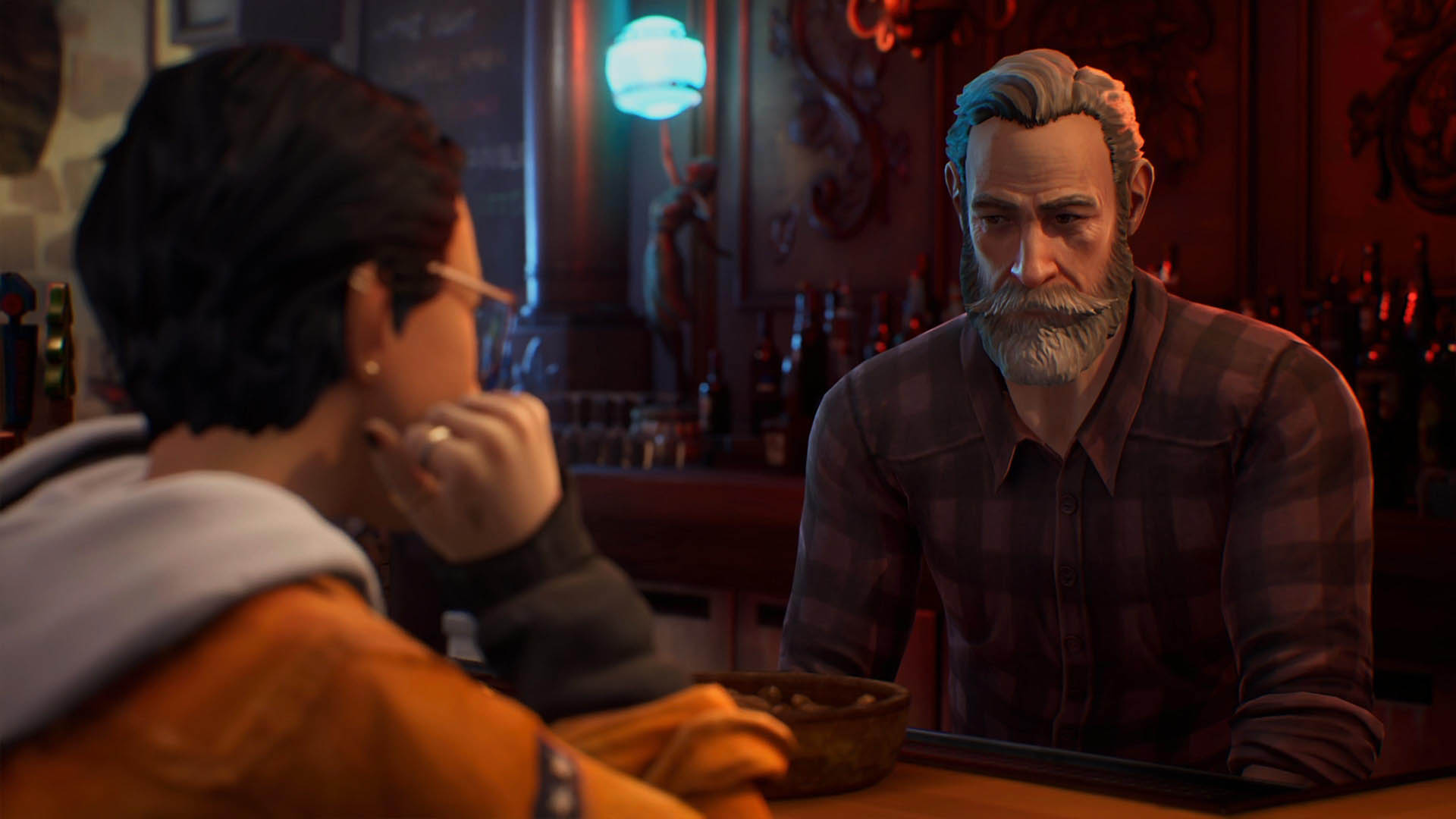 The cruel reality of this first chapter of True Colors is that among all of the time spent meeting new characters like the town’s bar own, Jed, the florists Riley and Eleanor and your potential future love interests, Ryan and Steph, it’s really all about Alex and Gabe. It’s about their reunion, their reconciling of troubled pasts and making up for lost time. This is a new home for Alex, but an established one for Gabe, and so there’s an unspoken pressure on both sides to make it work. And it does, for a time. Deck Nine has been very open with what Life is Strange: True Colors is about, but consider this your spoiler alert regardless – a tragic accident threatens to set off the events of the rest of the game and force Alex to come to terms with her powers in order to get to the bottom of it.

I’m intrigued to see where it all goes, so far in these first few hours it’s very familiar territory for Life is Strange from a gameplay perspective. Even at this early stage though, Alex’s powers contribute immensely to the game’s storytelling. Deck Nine is definitely onto something special with Alex’s journey and the lens through which she views the world, it’s uncanny the levels that any given character’s feelings pass through from page to screen to player and there were several moments in this chapter alone where emotional punches hit far harder than I’m used to from any medium. I can guarantee a part of that is also down to both art direction and acting, with the town of Haven Springs as beautifully-rendered as its citizens, who in turn are incredibly believable thanks to full performance capture from the game’s voice cast – it’s a sight to behold. Interestingly, I’ve been playing the game with an included ‘ray tracing’ option switched on, but in going between on and off states I haven’t really seen a noticeable difference.

On the topic of options though, it’d be remiss of me not to mention this early on that Life is Strange: True Colors’ suite of accessibility options are nice improvement on previous titles. Alongside options for font readability and colourblind filters, options for comfort of controls and speed of decision-making should hopefully provide relief for some, and options to receive warnings before particularly bright or loud sequences are a well-considered inclusion. The series has become synonymous with thoughtful and diverse storylines and knowing the team is committed to those ideals in gameplay as well is fantastic to see.

There’s more I could say about my time with the game’s first chapter, but in the interest of leaving most of the surprises intact I’ll close this out by reiterating that so far it’s very good. I’m beyond keen to continue Alex’s journey in Life is Strange: True Colors and see where it takes me, but early signs point to it being another standout entry. This is going to be a must-play in 2021.

Life is Strange: True Color will launch on September 10 on PS5, PS4, Xbox Series X|S, Xbox One, PC and Google Stadia with a Nintendo Switch release set for later in the year.