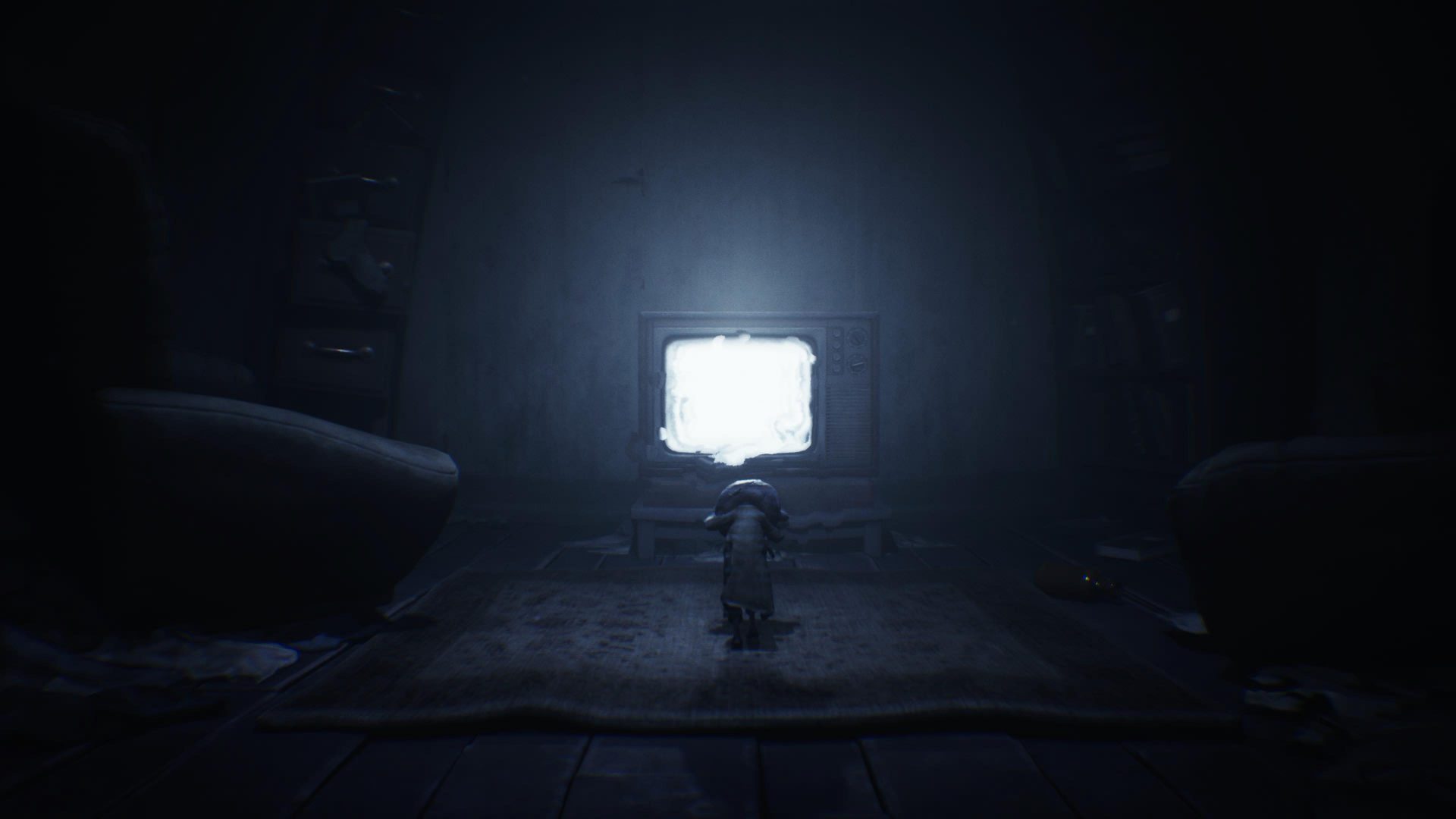 The original Little Nightmares is one of my favourite examples of the good that can come from a small studio given support by a major publisher with free rein to pursue their own ideas. This short piece from MCV paints a clear picture – the team at Tarsier Studios had an artistic vision that eventually morphed into a gameplay pitch and wound up being backed by Bandai Namco. The result was a game as laser-focused as it was creative, comparatively brief but with little filler and with zero obligation to justify itself or its purpose. I think you’ll find that’s why so many people of all ages and tastes resonate with it – sometimes you just need a simple game with a bunch of creepy imagery that doesn’t ask for too much time or comprehension.

Little Nightmares II continues that trend with a sequel that contains most of the same ingredients, serving fans a familiar cocktail of nightmare fuel and curdled blood, just in a fancier glass. Playing as a brand-new character named Mono this time around, the narrative takes place across parts of a city that’s been twisted and corrupted by a mysterious signal tower, its citizens maddened and obsessed with their televisions. With no real objective but to survive and escape, Mono, along with the original game’s protagonist Six, make their way through a gallery of menacing and macabre locations and toward some kind of conclusion. Like before, it’s another loose ‘interpret this how you will but mostly it looks cool’ situation. There are definitely scraps of lore to pick up on and imagery (particularly around the perils of escapism) to unpack, but for the most part it’s the same fast-paced haunted house that made the original a refreshing ride.

The paper-thin narrative plays second fiddle to the same completely unsettling atmosphere and constant sense of dread as the original game though, and that’s where Little Nightmares II shines the most. Trading the creatively messed-up confines of the first game’s undersea meat market, The Maw, for a more pedestrian collection of archetypal urban environments could have gone badly. Turns out there’s a rich vein of spookiness that runs through places like schools, hospitals and apartment buildings and Tarsier has the tools and the expertise to tap into it. It helps that Little Nightmares II is a treat to look at, with the studio’s flair for visual horror amplified by an all-over uplift in environmental density, detail and cinematography. Every encounter is framed just so, and often the things that happen off-screen in shadows and behind closed doors are just as unnerving as what can be seen. The game’s sound design is impeccable, from the wails of a scuffling surgeon to the rattling of the broken ceramic heads of some demonic school children. It’s all backed up by another sparse but equally chilling soundtrack, the kind that wouldn’t feel out of place in a good Tim Burton film.

It’s another brief adventure much like the original, clocking in at around three to four hours (plus any time spent cleaning up collectibles in Chapter Select). Brevity continues to be a friend to Little Nightmares II, though. No one idea outstays its welcome, and the ones that do stick around a little longer are used in increasingly creative ways. There’s a lot of the same hide-and-seek inspired horror that sees Mono and Six face a menagerie of uniquely fucked up antagonists, using light stealth elements and environmental puzzle-solving to escape from or defeat them. The game’s puzzles won’t tax the ol’ grey matter too heavily, but they’re mostly satisfying. A series of television-based sequences toward the game’s final chapters hold some pretty inventive solutions, though.

Little Nightmares II benefits from the same, simple control scheme as the first game with most of the work done by a crouch button for sneaking and a context-sensitive grab button (L2 and R2 on PlayStation) for holding onto ledges, pulling large objects and picking up items. It works well the majority of the time, although with no UI to speak of I occasionally had trouble with my aim when throwing things. In an adorable touch, the grab button can also be used to hold Six’s hand at any time. She’s a pretty decent AI partner over all, figuring out her own part in puzzles without getting ahead or falling behind. It’s made me realise I wouldn’t mind a co-op Little Nightmares game in some capacity – it’s comforting to have someone else close at hand.

Outside of puzzles, a series of encounters with Little Nightmares II’s parade of ‘villains’ makes up the stealth and action portions of the game. These antagonists aren’t a constant threat within their respective locales, they’re more akin to canned sections of gameplay to be overcome using your wits and the tools around you to sneak by them, evade them or eventually put an end to them. If you’ve played the first game you’ll likely go in having a good idea of what to expect, but even then I’ll admit that Tarsier’s new line-up of twisted personalities each did a good job of eliciting some kind of emotional response in me, be it fear, disgust or plain pity. The one I’ve personally coined ‘Long Teacher’ is particularly disturbing, though I’ve also been able to discover through this game that I have a deep-rooted fear of mannequins – yay!

You’re likely to suffer a few cheap deaths along the path to Little Nightmares II’s climax, typically at the hands of some unseen trap or chase sequence with a razor-thin margin of error. It’s usually by design though, and checkpoints are frequent enough that it’s hard to be upset. That is, until the fifth time retrying a lengthy ‘combat’ sequence thanks to the foils of perspective. There are times when Mono will need to make use of a nearby hammer or similarly long, heavy object to fend off smaller threats. These bits do a good job of highlighting Mono’s vulnerability as he struggles to swing a tool twice his size at an oncoming horde of unhinged creatures, but the result is that he moves and acts much more slowly than his foes and should you mistime even slightly it’s back to the beginning of the encounter.

Despite those few moments that threaten it, Little Nightmares II’s atmosphere and frequent game of “What messed up thing awaits me next?” wins out in the end. Like Six in the first game, Mono endears himself through body language and some excellent animation work. The pair of them stumble around, knocking shit over, scrambling over ledges and generally just looking like a couple of kids in places they really shouldn’t be. Even when they’re forced to do some truly awful things to stay alive they’re incredibly sympathetic. They’re desperate of course, but still as curious and reckless as children are. Tarsier has done another bang-up job of conveying the vulnerability component of the nightmare equation, and at the end of the day that’s what these games are about – nightmares. Nightmares that rarely ever conform to any semblance of logic or reason, but are sufficiently haunting enough to stick with you long after you open your eyes.

Little Nightmares II doesn’t reinvent what people liked about the first game, and it doesn’t need to. It’s a more handsome, slightly bigger and occasionally more disturbing follow-up that hits all the same horrifying notes and introduces some new and memorable antagonists. It’s a must-play for fans of the original, and a delightfully morbid curiosity for the morbidly curious. I can’t wait for the Internet to collectively demand that Long Teacher gets in the goddamn bin. 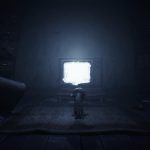 Little Nightmares II Review
End Transmission
Little Nightmares II doesn't break the mould established by its predecessor but it improves on it in a number of small ways while introducing fans to a new cast of creepy characters to be kept up at night by
The Good
Excels at being unsettling
Fantastic art direction
Some very memorable antagonists
Puzzles are easy-going but satisfying
Superb audio design
The Bad
'Action' sequences can feel clumsy
Three-to-four hours might not cut it for some
8.5
Get Around It

Little Nightmares II Review
End Transmission
Little Nightmares II doesn't break the mould established by its predecessor but it improves on it in a number of small ways while introducing fans to a new cast of creepy characters to be kept up at night by
The Good
Excels at being unsettling
Fantastic art direction
Some very memorable antagonists
Puzzles are easy-going but satisfying
Superb audio design
The Bad
'Action' sequences can feel clumsy
Three-to-four hours might not cut it for some
8.5
Get Around It
In this article:bandai namco, Horror, kieron verbrugge, Little Nightmares, little Nightmares ii, long teacher, pc, platformer, ps4, Puzzle, review, switch, Tarsier Studios, wellplayed, Xbox One