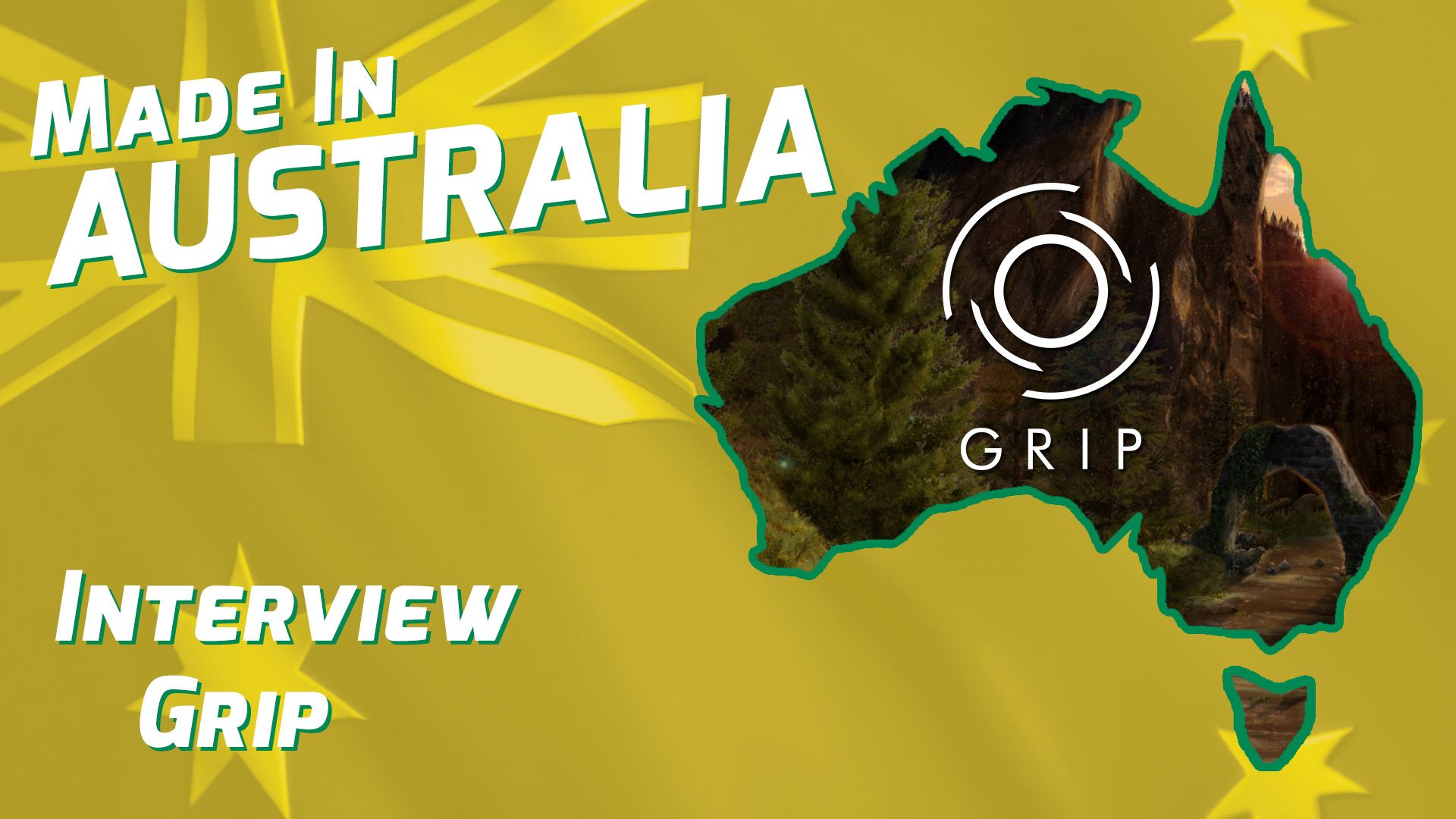 At WellPlayed we love our first-person narrative games. So when an Australian studio throws its hat into the ‘walking simulator’ ring you’re damn right we’re going to be all over it. And Grip, from Melbourne-based studio OneBar Games, is just that – a first-person exploration game about self-acceptance and emotional health featuring a non-binary protagonist. What makes Grip even more impressive is that it’s developed by a team fresh out of uni, although from a first glance at the game’s trailer you wouldn’t know it.

As part of our Made In Australia segment, I was able to sit down with OneBar’s Project Manager, Level Designer, Lead Sound Designer and Social Media Manager (imagine designing that business card) Amos Wilksch about Grip’s influences and the game’s transition from student project to studio project.

WellPlayed: You’ve recently released a game called Grip, give us the elevator pitch.

Amos Wilksch: Grip is a single-player, first-person, exploration and puzzle game in which players assume the role of Avery, a teenager learning to control telekinetic abilities that are powered by their emotions. Players must utilise Avery’s abilities by remotely moving objects such as boulders and logs to navigate the game’s environment and find a way out of the forest canyon.

WP: When did you start work on Grip?

AW: We started development on Grip around early August 2019. The game was our team’s graduation project for university and we had 12 weeks to create something that was playable from start to finish.

WP: Grip looks like it’s been influenced by games such as Firewatch and Life is Strange. Is that true, and what are some of the game’s other influences?

AW: Hell yeah Firewatch was one-hundred percent our main influence for Grip. Its art design and method of storytelling is superb and I remember using a bunch of screenshots from that game as references for my initial pitch. Firewatch has actually been the most consistent reference people have made when describing our game, so we’re pretty chuffed we were able to achieve at least some similarity.

In terms of game mechanics, we looked at Zelda: Breath of the Wild and its use of the Magnesis ability as inspiration for Grip’s main mechanic of ‘telekinesis’ / moving objects from a distance.

Outside of gaming, the other major influence for Grip’s tone, aesthetic and story was the animated series, Steven Universe. I was in the thick of watching it when the time came to come up with game ideas for our graduation project, so there are a few elements of Grip that were directly inspired by that show. For instance, the orb in the protagonist’s hand is a take from the orbs Steven Universe uses to shield himself and teleport objects.

WP: Grip’s protagonist, Avery, is non-binary. What was the reason behind this choice? Why is having a non-binary character important to you?

AW: When writing the game’s story, I wanted to see more representation of non-binary and gender diverse characters in the games we play, although I don’t personally identify as gender diverse. In saying that, the choice of writing Avery as non-binary was never meant to be a drawcard or a highlight, quite the opposite actually. Grip’s story explores the themes of emotional and mental health, and learning to accept oneself no matter what state they may find themselves in. It’s a subject that applies to all members of society, and I wanted that to be the focus. Avery being non-binary isn’t actually referenced in the game, and that’s kind of the point. Non-binary characters don’t need to be non-binary to be special or unique, they just need to be present in our games.

AW: The narrative’s focus on self-acceptance and emotional health are subjects that I have personally struggled with throughout my life. Fortunately they are discussions becoming more prevalent in our society than ever before, but I remember them still being quite scarce when I was younger.

WP: Avery’s powers are based around various emotions (fear, anger, love etc.). Why did you choose to have powers linked to emotions?

AW: We felt that game mechanics are a lot more impactful when they’re contextualised. You could easily remove the emotional aspect and still be left with a functioning exploration and puzzle game. We thought tying the game’s mechanics to the main character’s emotional state makes the simple task of moving a rock or pressing a button feel more personal, especially when the emotion changes and you end up losing certain abilities in-game.

WP: The game began life as a student project. How much has it evolved since you graduated?

AW: Considering we only had twelve weeks at university to develop Grip, there were many many moments we were aware we could have done more in terms of detail and polish, but for the sake of deadlines we had to skim over them. A lot of what we’ve done since then is going back and implementing that fine-tuning. The gameplay itself has predominantly stayed the same, elements such as the puzzles haven’t changed at all. Most of the game’s evolution has been the functionality or user experience-based, such as doing our best to ensure mechanics work properly or making sure there is enough visual communication so the player knows what to do at each stage.

WP: What made you want to expand the game to be more than a university project?

AW: Towards the end of university, we thought we had created something special, and knew it would be a shame to leave it the way it was. As previously mentioned we didn’t have a lot of time at uni to ‘finish’ the game and there was so much more we wanted to add and develop. We also wanted to use Grip as a portfolio piece to help get our foot in the industry door, and we knew given more time we could create something that better represented our skillset.

WP: You decided to release the game for free on itch.io, why is that?

AW: Being our first game at this scale as well as our first project as a team, we knew we were going to make mistakes and the game would be a little rough around the edges. We still have a lot to learn about game development so the decision to release Grip for free was to provide us with the space to learn as we go. Not having the added pressure of charging for the game gave us the chance to stumble a little.

Releasing the game on itch.io was a pretty easy decision. It’s a well maintained and highly accessible platform for both developers and players. It’s simple to release updates and there are a lot fewer hoops to jump through to get your game out and into the world – also it’s free.

WP: If Grip was to be a commercial release what are some features you’d be keen to add to the experience?

AW: More accessibility options would easily be at the top of the list. We would focus on better performance and optimisation, subtitles and full controller support. Apart from that we’d also add a checkpoint system, more animations and a few more easter eggs (yes there are already some hidden in-game).

WP: How has the response to the game been?

AW: So far the response has been pretty good. While we’ve had some feedback concerning optimisation, we’ve also had quite a few people say they like how the game looks and how the whole game works well as one big tutorial leading up to the final stage. The music in the game has had a lot of praise so I have to give a shoutout to our composer, Matthew Kenneally, who did an incredible job writing and recording the original compositions for the game.

WP: Thanks for your time and best of luck for the future.

If you want to check out Grip you can download it for free here.

In this article:got the itch, grip, made in australia, made in melbourne, onebar games