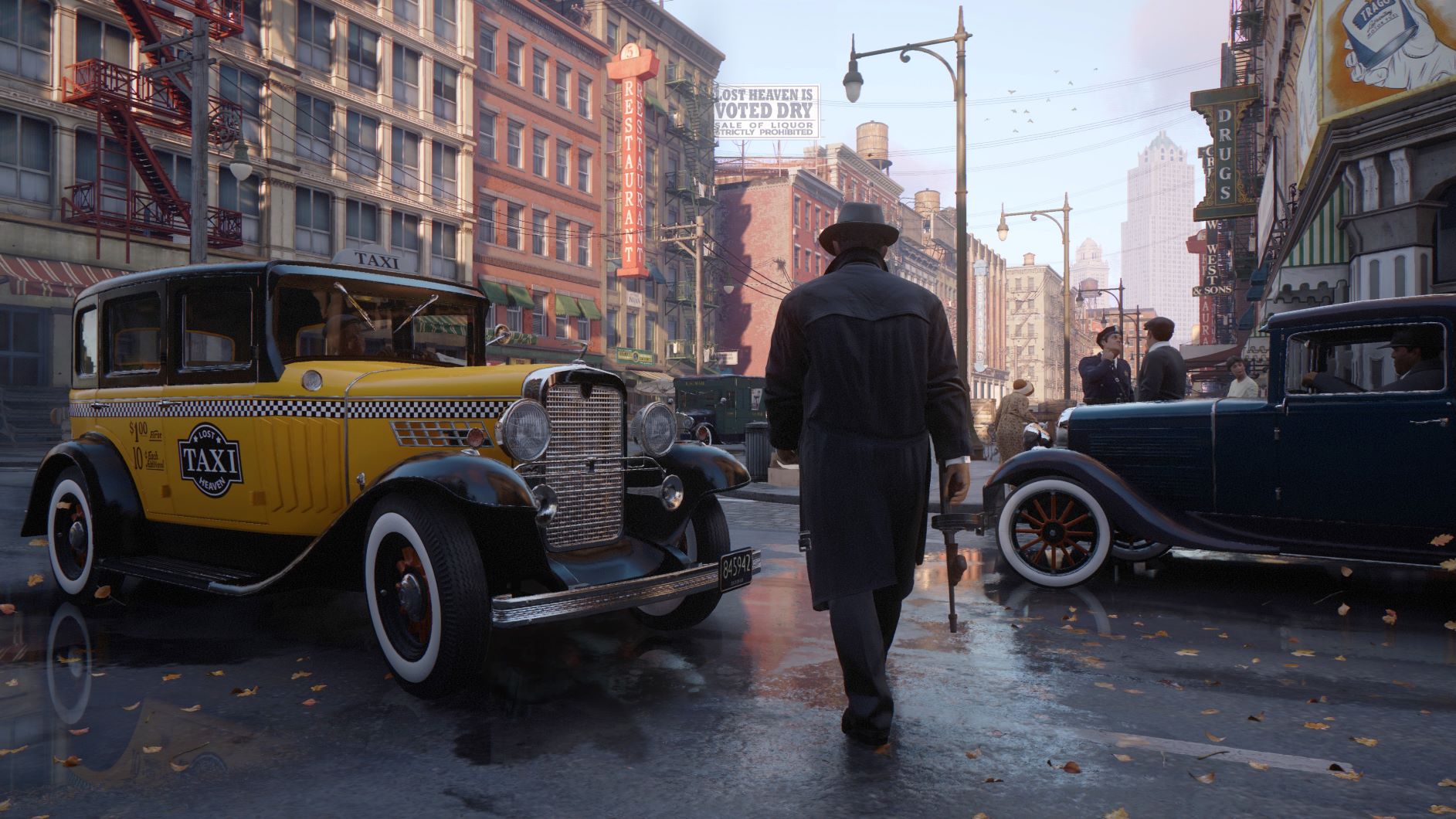 I never expected to spend as much time writing about video game remakes and remasters as I have this year, but here we are again. I’ve covered the gamut from souped-up remasters such as Xenoblade Chronicles: Definitive Edition to full-scale reimaginings like Final Fantasy VII Remake, but this latest one occupies something of a middle ground.

Mafia: Definitive Edition is a remake of 2002’s Mafia (naturally) that doesn’t drastically alter the original game’s overall formula, but reworks almost every inch of it with brand new visuals, audio and gameplay tweaks throughout. It’s an interesting way to approach remaking an almost two decade-old game, retrofitting an aging framework with a new presentation instead of rethinking it in a more modern format, but after getting hands on with around six chapters of the Definitive Edition I’m suitably sold.

Illusion Softworks’ original Mafia and its tale of a cabbie-turned-mobster in the fictional 1930s city of Lost Heaven was well received when it launched almost exactly 18 years ago. Third-person shooters were an exploding category, as were games with fully-explorable urban environments following the success of Grand Theft Auto III. Mafia toed a line between the two ideals, giving players an immersive and driveable city, but keeping the focus on the immediate story and action. This rendered Lost Heaven more of a set dressing than an interactive environment, but it worked, so well in fact that 2K Czech repeated the formula for 2010’s Mafia II. It was a refreshing departure in the past, and it still is today. Instead of producing a simple 4K upscale like this year’s Mafia II: Definitive Edition to prove that point though, Mafia: Definitive Edition is an almost entirely new experience.

Straight off the bat the differences are apparent. For starters a brand-new intro sequence shows off a newly-realised Lost Heaven, rendered in a modern engine and looking a treat. Shortly after, a familiar sequence starts as main character Thomas “Tommy” Angelo sits with a detective in a coffee shop to recall his rise through the ranks of a local crime family. It’s how the game begins, and how it’s framed throughout – as a series of stories about Tommy’s time with the Salieri Family. It’s also immediately clear that the remake’s developer, Hangar 13 (Mafia III), has truly taken to rethinking every aspect of the game, as one of the first things I noticed is how in this initial scene in the new version it’s Tommy who arrives at the coffee shop first. Of course, as with the rest of the game this scene has been built again from the ground up with completely new visuals, voice acting and script, but it’s little things like that that excite me.

That level of creative license carries through basically all of what I was able to play in this preview build of the game. Every cutscene, every piece of dialogue is a new take on the original with a tenfold increase in production values and a smattering of brand-new content between. That’s exciting in and of itself, but it has an even bigger impact when it comes to gameplay. Familiar sequences are made new by way of thoughtful mechanical updates as well as a raft of additional ideas. From the game’s very first car chase, where a new and updated minimap leads Tommy to a series of set-piece escapes to the more mundane beginnings of the second chapter where his series of taxi fares engage in actual conversation this time around, there’s no shortage of meaningful modern updates so far.

It’s the first five chapters that make up the bulk of the few hours I got to spend with Mafia: Definitive Edition, and they’ve been a great introduction to the feel of the new driving, traversal and shooting in the remake. Perhaps most exciting though is being skipped ahead to the game’s tenth chapter, involving an intense shootout with the law in a farmstead outside of Lost Heaven. It’s here that I found myself most in awe of the Definitive Edition’s visuals and the excitement of the third-person gunplay. Ducking and weaving through dimly-lit barns as the rain battered the wood panelling and trees and signposts shake violently in the wind feels awesome, as does picking off the fuzz with a tommy gun from a loft. If there’s a single argument to be had for pseudo-open world games that don’t pad the time between missions with busywork, it’s going from racing a faux-Austin Seven Special in front of a roaring crowd one moment to grisly gang violence at a cracking pace.

Though it remains to be seen if Tommy’s journey will hold up over the course of the full thing, and despite not being able to check out extras like Free Ride or the Carcyclopedia just yet, Mafia: Definitive Edition is so far exactly what I expected and still so much more. It’s a faithful homage to the original, but undeniably still a brand new and modern game. It’s also exceedingly gorgeous to look at, especially on a gaming PC with everything cranked up to the max. This is shaping up to be an offer I absolutely can’t refuse.