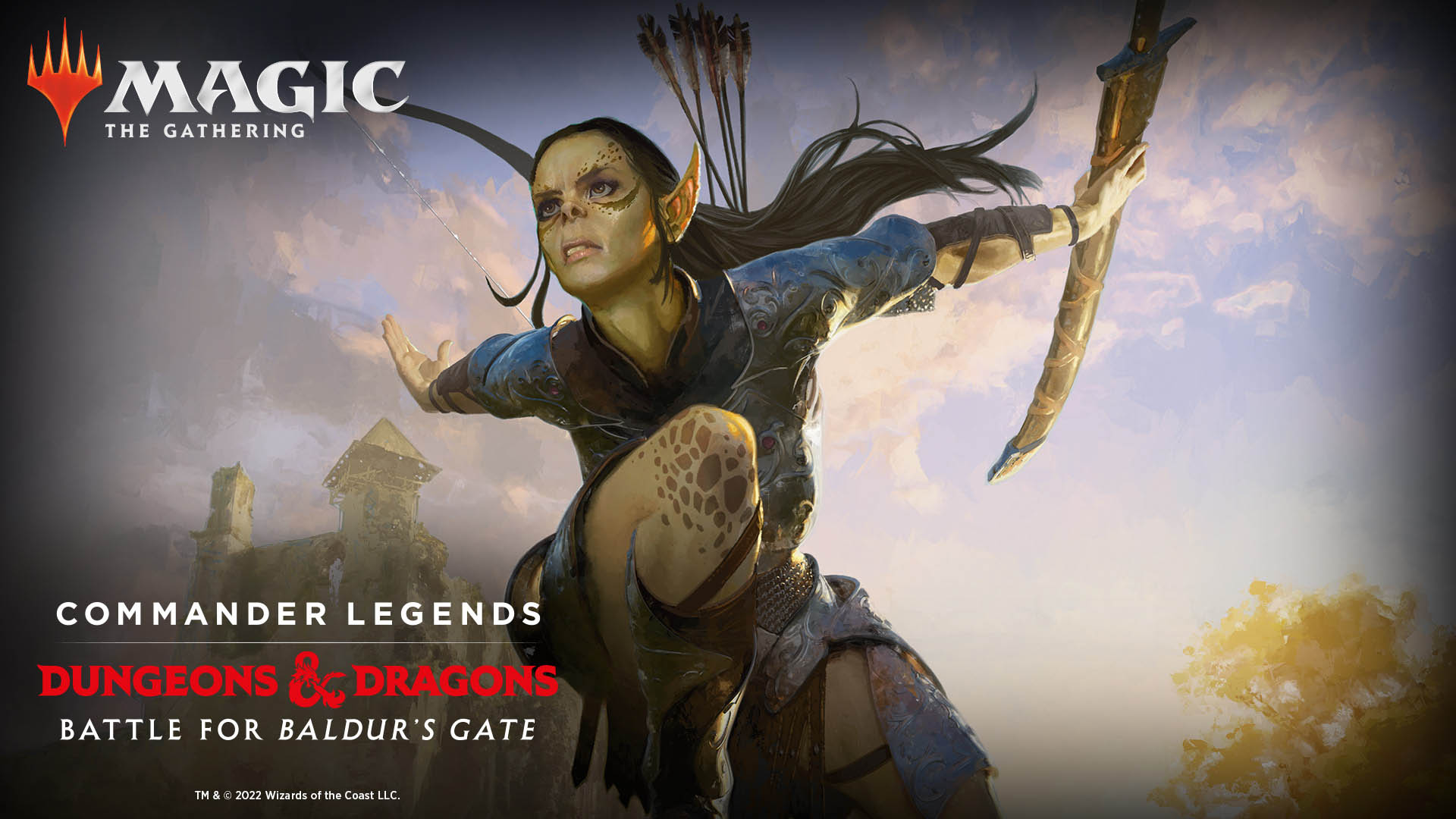 The latest Magic: The Gathering set is here, and bringing back the Dungeons & Dragons crossover goodness first introduced in last year’s Adventure in the Forgotten Realms for another round of Commander Draft-style play.

This time around, Battle for Baldur’s Gate introduces a couple of new mechanics, such as Initiative – furthering the D&D feeling by allowing the person in the four-player game who possesses it to explore the new Undercity dungeon card as well as buffing particular cards. Another new mechanic, Backgrounds, attempts to bring more depth to your Commanders in the format by acting as a backstory as well as an enchantment.

If you’ve never played Commander format Magic before (it’s a ton of fun), hit up the official website for more info, as well as where to buy Battle for Baldur’s Gate’s various packs. The product line-up contains the usual suspects of Commander Decks, Set Boosters, Collector Boosters, Draft Boosters and a bundle containing the following:

Magic: The Gathering Commander Legends: Battle for Baldur’s Gate is out now and you can find it at your local games shop, JB Hi-Fi or EB Games!

Are you a Magic the Gathering fan? Will you be jumping into some Commander format play with this new set? Let us know in the comments or on our social media.