2015 was a big year for game announcements. We finally got confirmation that the long-awaited Fallout 4 was in development and would be in gamers’ hands this year (which actually scored me $20 in a bet against DYEGB editor Kieran Stockton). We also heard that former PS3 exclusive, The Last Guardian, hadn’t been cancelled and was in development for the PS4. Adding to that, a new David Cage (Quantic Dream) game, a new IP from Rare and a sequel for Dishonored, along with many others were all announced at some point over the course of the year. But don’t forget the slew of remasters/remakes that we were treated to – none met with more fanfare than the remake of Final Fantasy VII announced as a PS4 exclusive at Tokyo Game Show. However, there was one title that I thought was a sure thing to be announced in 2015 but didn’t come to fruition: Resident Evil 7.

It’s been three years since Resident Evil 6 was released and despite its mixed reception it has gone on to sell 6.3 million units, making it Capcom’s second most successful title. Ironically both RE5 & 6 are Capcom’s two biggest sellers, despite being the most maligned. But since RE6 dropped we’ve heard radio silence in regards to the main series and instead the limelight has been on spin-offs (Resident Evil: Revelations 2) and remasters. Capcom have made no secret that they intend on milking the cash cow sitting at the back of their Tokyo office, stating that they see remasters and remakes as an integral part of their business model moving forward, which has caused a lot of butthurt amongst gamers’ (particularly DYEGB’s own Kieran Stockton).

The announcement this year that a complete remake of the fan favourite Resident Evil 2 had been green-lit was met with extreme delight (especially from yours truly) and probably wins the silver medal for remake announcement of the year (gold going to FFVII). Earlier this year the previously exclusive to GameCube remake of Resident Evil was ported to current-gen consoles and PC, swiftly selling more than one million copies. This paved the way for another old GameCube exclusive, Resident Evil: Zero, to be revealed as the next title to get the HD remaster label slapped onto it.

As I said earlier, I had the utmost belief that RE7 would be revealed in 2015 (at Tokyo Game Show to be specific). While we did get a Resident Evil announcement at the conference, it wasn’t the one I was expecting. Instead we got a look at a brand new spin-off game, Resident Evil: Umbrella Corps, which is a competitive multiplayer shooter set after the events of RE6. There were murmurs over the course of the year in regards to RE7 and one research company even predicted it would be released during the peak period of 2015 (Oct-Nov). Other sites ran stories claiming that RE7 is being developed on Unreal Engine 4 and will ship with VR support.

Will Umbrella Corps deliver the goods?

So with all the attention on the franchise, why the hush-hush surrounding the main series? In a recent interview with Japanese magazine, Dengeki PlayStation, producer Masachika Kawata informed the masses that Capcom was not yet ready to share details regarding RE7, but to “stay tuned”. Mate, I’ve been staying tuned since I managed to drag myself through RE6’s clusterfuck of a campaign, it’s been three years, how much longer do we have to wait? Kawata did mention that Capcom want the series to return to its horror roots, but we’ve heard that before. The last time that was said was right before we were given a more action-oriented experience than ever with RE6. Capcom officials have stated previously that Development Division 1 (main RE team) are currently working on a VR title – which explains the RE7 VR rumours. So, I ask again, how long do we have to stay tuned? We still haven’t got confirmation that the game is in development – it’s reminiscent of Fallout 4’s reticent development approach. Perhaps this is the case and Capcom are pulling a Ken Levine and quietly keeping this one under their hats for the moment?

Chris getting some action in the HD remaster of RE

One might say that Capcom are testing the waters with an all out return to survival horror with their HD remasters to see how they perform critically and commercially. Given that the reception was excellent for Resident Evil HD and all the fan euphoria surrounding the announcement of a remake of Resident Evil 2, it will be hard for Capcom to ignore fans’ wishes for a third iteration. Resident Evil fans of yore are amongst gaming’s most elitist fan bases and many believe that this is the last chance saloon for Capcom to save the franchise from permanently becoming a generic third-person action shooter. Many fans, like myself, are happy for Capcom to have a more action-focused approach when it comes to spin-offs, but the game’s main storyline should be reserved for survival horror experiences.

In order to do this there are a few changes Capcom must implement with RE7. First off, get rid of the co-op aspect. This removes any urgency the game creates, knowing that your partner can revive when you’re down or give you an ammo top up means that instead of going in with a conservative approach (that survival horrors are supposed to make you do), you can go in all guns blazing. Secondly, limit the amount of ammunition and herbs (health) available, as well the size of the inventory – make the player feel like their choices matter and if they’re wasteful they’ll die. 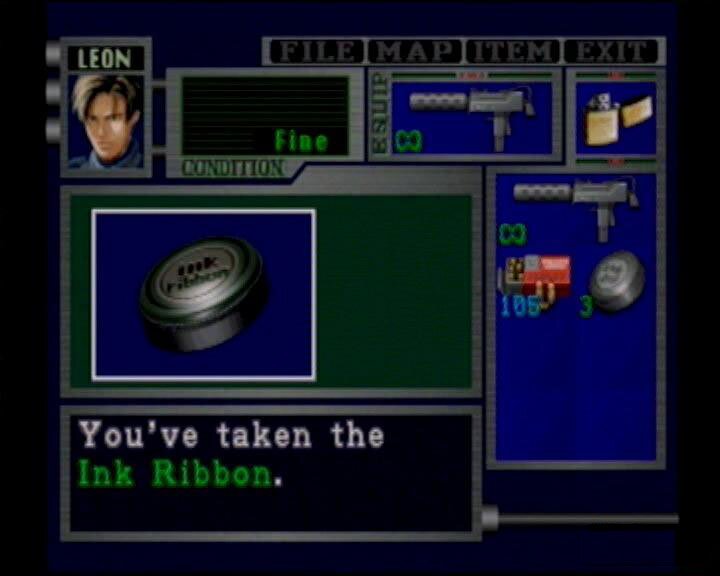 Bring back the ink ribbon!

Thirdly, enough with the bullet sponge bosses that you must face several times before they’re finally exterminated (eg. the giant fly from RE6). Facing the same boss over and over again comes off as lazy, not to mention a complete waste of time on the player’s behalf. Fourthly, let the story follow one character (please let it be Leon), none of this intertwined rubbish. While the concept of RE6 was promising, the execution was awful. On several occasions players were forced to replay various scenarios from different aspects which pushed the game from promising to monotonous. Lastly, bring back the T-Virus – stop with the genetically modified viruses, it’s getting ridiculous. For instance in RE6 we had the J’avo­ – a human mutation created from infection with the C-Virus. The J’avo had the ability to use firearms, and not just any firearms, the J’avo could use sniper rifles – guns that require skill to operate. This is a far cry from the tense hallways of Resident Evil, or the overrun Raccoon Police Station in RE2. Another feature they could implement are some custom gameplay options, similar to what the Thief reboot did. There could be an option to save using ink ribbons (like in the first two games), disabling checkpoints and other stress-inducing settings.

Capcom know something has to change, many older RE fans are already disconnected with the franchise and believe Capcom values profits over their loyal fans wishes and what made them such a powerhouse publisher in the 1990s and early 2000s. They say third time lucky, but if Capcom push out another action-oriented shooter with bulging muscles, then one would be tempted to believe the franchise will truly have been lost to the dollar sign.

Devil May Cry Is One of Capcom’s Best Franchises, But Is It Sustainable?
August 17, 2019

Capcom Just Put A Bunch Of Their Soundtracks On Spotify
February 12, 2019

A Kieron and Adam co-op article