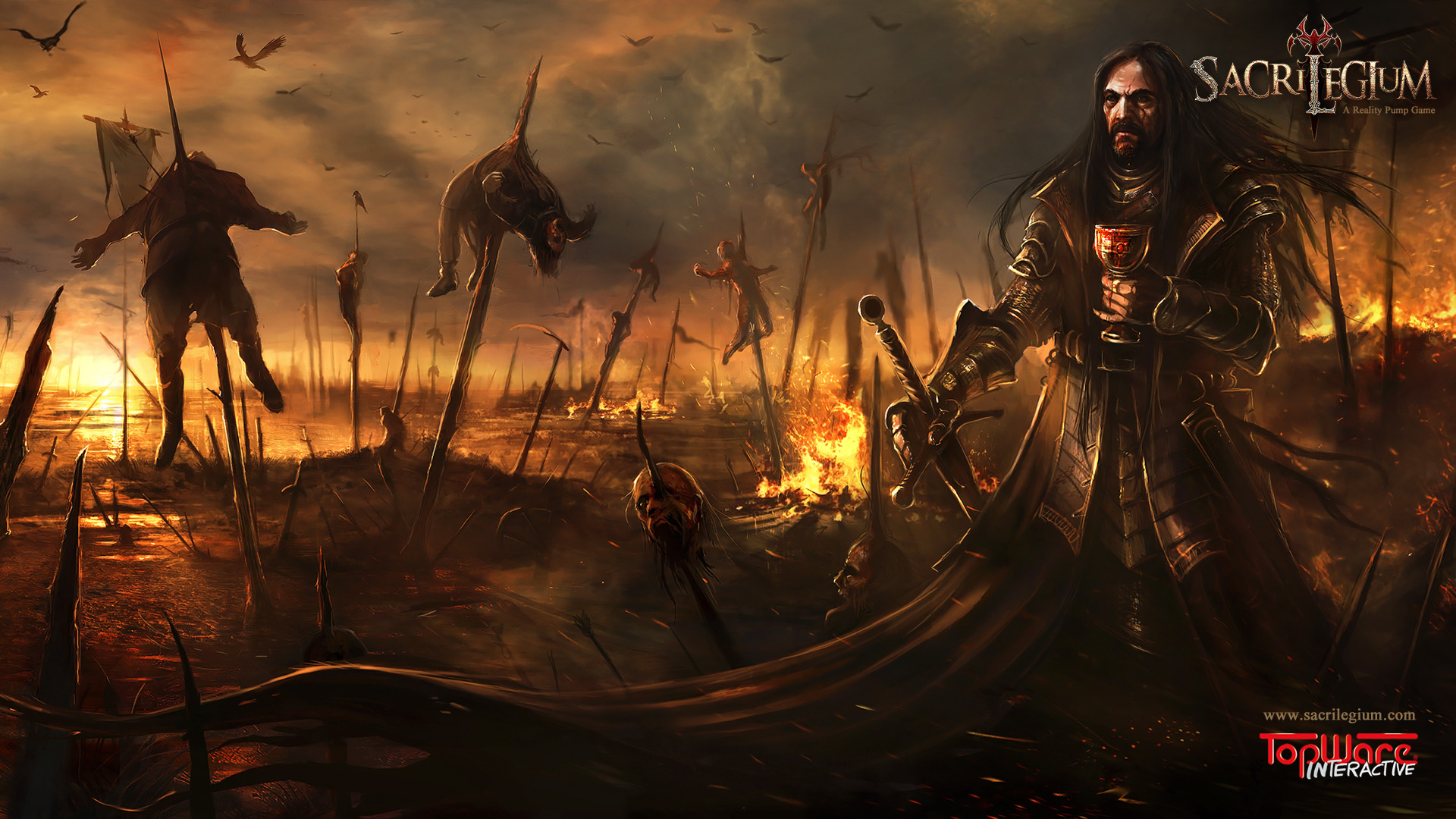 In this segment we will be discussing games that are in need of some limelight. Games that you have essentially forgotten about because their last bit of publicity was a few millennia ago.

We will do our best to track down information regarding these games and give you an update on the status of them.

Our first game is.. 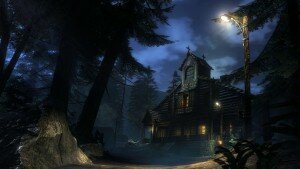 Never heard of it? I am not surprised. It was announced for PS3, Xbox 360, PC and Mac at E3 in 2012 by developer Reality Pump (the studio behind Two Worlds 2 and the recent disaster, Raven’s Cry). The game is described as being survival horror and centres on a young woman named Alex. Publisher TopWare Interactive state that it will be a fresh take on the well-established genre, which it will have to be in order to stand toe-to-toe with some of the titans of this genre such as Resident Evil, Outlast and The Evil Within. According to the official site: “Alone, surrounded, and trapped in darkness, facing the Moroi – modern vampires that make the ancient legends seem as fairy tales – Alex is forced to take on the all-too-real and bloodthirsty children of the night. Thrust in the middle of a deadly plot filled with trope-shattering twists, intrigue, and betrayal, Alex must call upon her instincts, skills, knowledge and devotion to survive and make it out alive with her mind and soul intact – as well as save her friends from a fate in which even death seems a blessing.”

The game was supposed to be cinematic and feature frequent QTEs. Since its unveiling there has been very little mentioned about its existence. The game reappeared at Gamescom in 2013 with a trailer that you can see below and was given an apparent 2013 release window.

Since then the game has vanished, there has been nothing official from Topware or Reality Pump in regards to the status of the game.

Rumours of the game’s cancellation began to surface with only fleeting Facebook responses from Topware Interactive quelling the rumours. 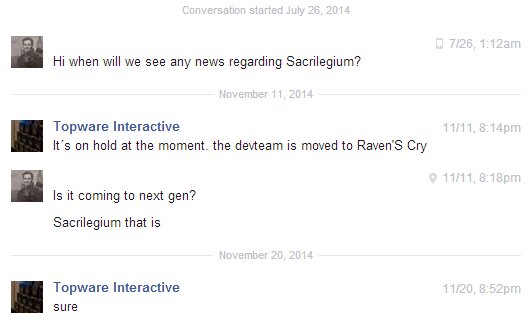 Great. So after 2 years, all the work the developers had put into this ‘labour of love’ was shelved because original Raven’s Cry developers Octane Games weren’t progressing fast enough.

Fast forward to 2015, Raven’s Cry has been released (to damning reviews) and there is still no word on Sacrilegium. I decided to have one final last (decent) dig online for any sort of information regarding the game, and today I may have found an unofficial update. The ‘update’ comes from the Raven’s Cry discussion area on Steam, where one punter asks on the status of Sacrilegium. A response is given by a developer and alludes to the fact the game still does exist, however they give no confirmation of whether the game will be worked on after Raven’s Cry. See for yourself. I have reached out to Topware Interactive and Reality Pump for comment but have yet to receive a response.