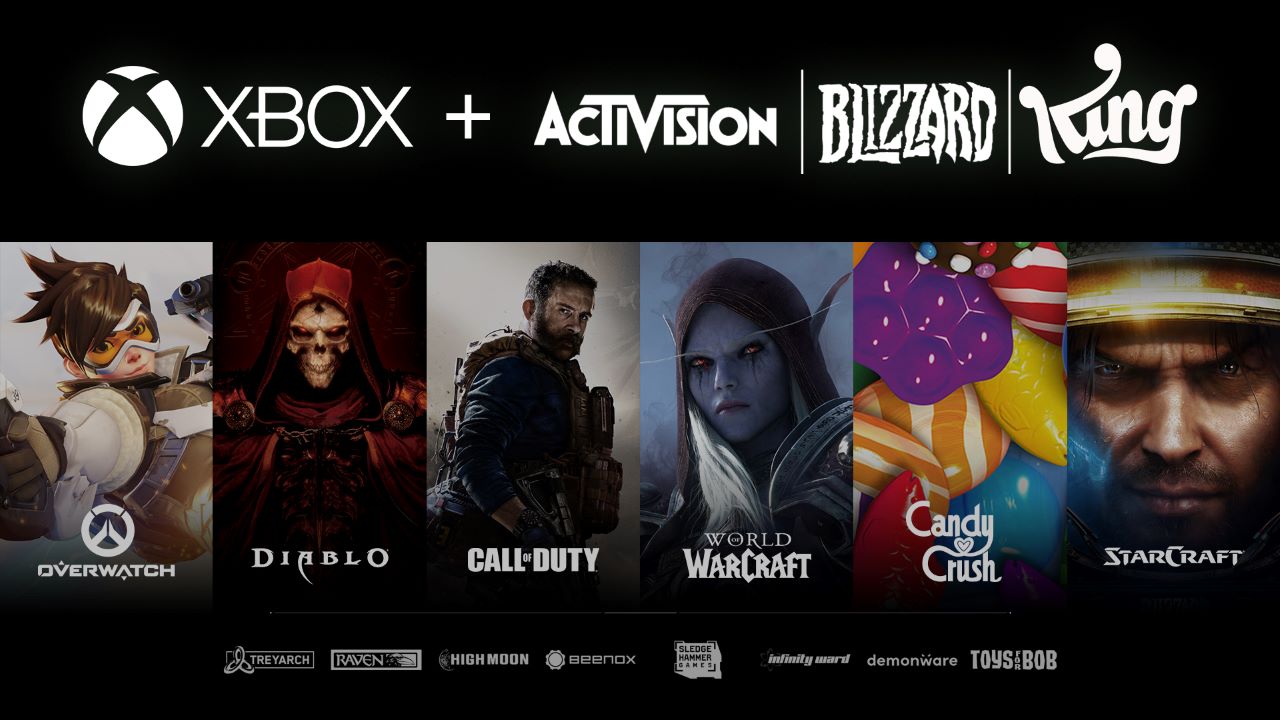 If you were like me and had been thinking recently that January has been pretty quiet when it comes to game news, well Microsoft has turned that thinking on its head with the bombshell announcement that it intends to buy Activision Blizzard for a gargantuan A$97 billion (US$70 billion), in what is easily the biggest gaming industry deal ever.

It means that franchises such as Call of Duty, Crash Bandicoot, Spyro the Dragon, Overwatch, Diablo and more, as well as the roster of studios owned by Activision Blizzard will now fall under the Xbox umbrella. While the deal won’t be finalised until 2023, that is on the assumption that it gets the tick of approval from regulators, it does raise many questions about what the future holds.

The announcement was made by Xbox Gaming head honcho Phil Spencer in a blog post, where he stated the following:

Upon close, we will offer as many Activision Blizzard games as we can within Xbox Game Pass and PC Game Pass, both new titles and games from Activision Blizzard’s incredible catalog. We also announced today that Game Pass now has more than 25 million subscribers. As always, we look forward to continuing to add more value and more great games to Game Pass.

The fantastic franchises across Activision Blizzard will also accelerate our plans for Cloud Gaming, allowing more people in more places around the world to participate in the Xbox community using phones, tablets, laptops and other devices you already own. Activision Blizzard games are enjoyed on a variety of platforms and we plan to continue to support those communities moving forward.

As a company, Microsoft is committed to our journey for inclusion in every aspect of gaming, among both employees and players. We deeply value individual studio cultures. We also believe that creative success and autonomy go hand-in-hand with treating every person with dignity and respect. We hold all teams, and all leaders, to this commitment. We’re looking forward to extending our culture of proactive inclusion to the great teams across Activision Blizzard.

The biggest question from everyone will no doubt be about what happens to games that are on the PlayStation platform, none more so than Call of Duty. In an interview, Spencer said the following:

“I’ll just say to players out there who are playing Activision Blizzard games on Sony’s platform: It’s not our intent to pull communities away from that platform and we remained committed to that.”

While this doesn’t directly answer the question regarding future releases, it does appear that at least for now that Microsoft intends to support games on PlayStation. Although, Spencer said something similar when the company purchased Bethesda only to then go and make every future Bethesda title exclusive to the Xbox/Microsoft ecosystem, so only time will tell whether it’s all smoke and mirrors.

Activision Blizzard’s reputation has been in freefall of late as a result of a lawsuit relating to mistreatment and discrimination of female employees, the constant firing of staff despite banking huge profits, and protests/walkouts from employees. Staff, mainly in the QA department, at Raven Software have been (rightly so) on strike for the past seven weeks, while Blizzard encouraged workers to “consider the consequences” of unionising. If there’s on positive to take from this acquisition it’s that hopefully there’s a massive cultural improvement under Xbox ownership, with current CEO Bobby Kotick expected to leave his position once the deal is finalised.

What do you make of Microsoft’s purchase of Activision Blizzard? Let us know in the comments or on social media.