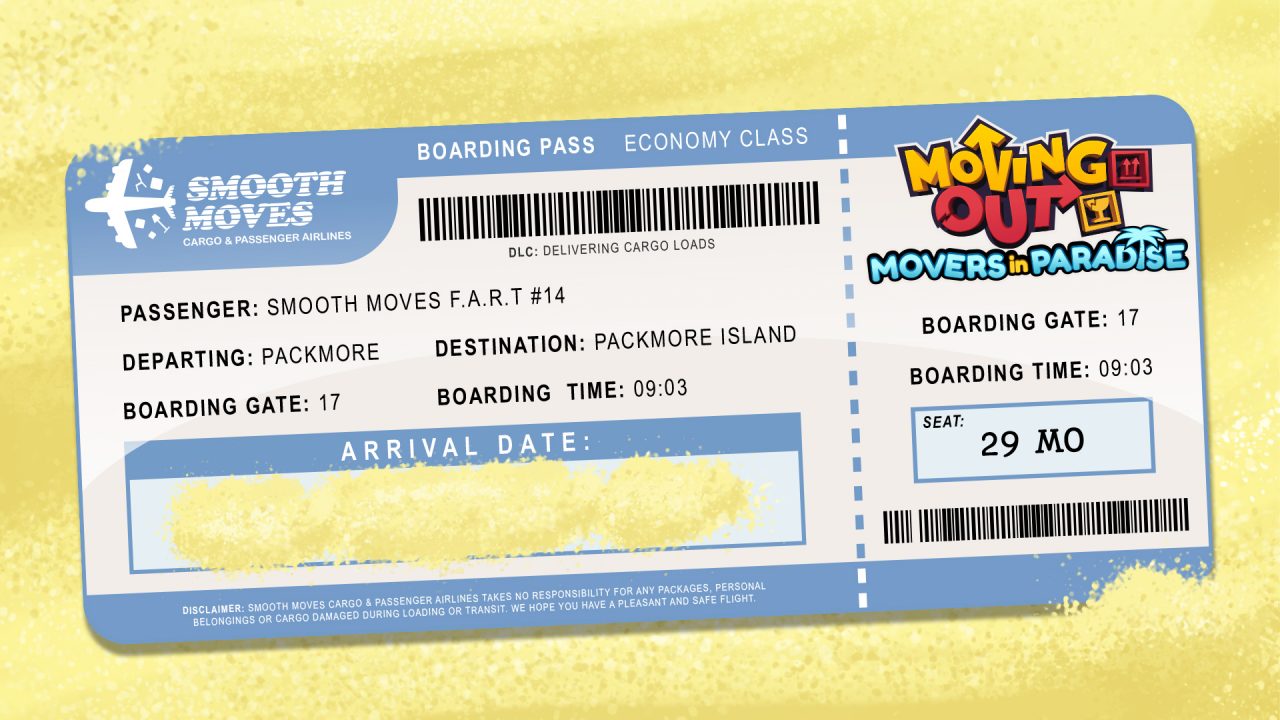 Just because going on an actual holiday isn’t on the cards at the moment, it doesn’t mean that we can’t escape to a tropical location in the digital world. Australian-based developer SMG studio have our backs in this regard with their first paid DLC for their wonderful party game Moving Out. Titled Movers In Paradise, this DLC will take the F.A.R.T team to a beachy location to do their best, goofy moving. This DLC doesn’t have a set price just yet, but we now know that it will launch on PS4, Xbox One, Switch and PC on February 25.

Movers In Paradise will give you a decent amount of new content to box up and throw in a truck as well, including 14 new story levels, 10 new arcade levels and four new movers to play as. Moving Out is a good time with friends (we gave it a 7.5) and this addition looks to continue that trend.

Are you a Moving Out fan? Will you be playing Movers In Paradise? Let us know.