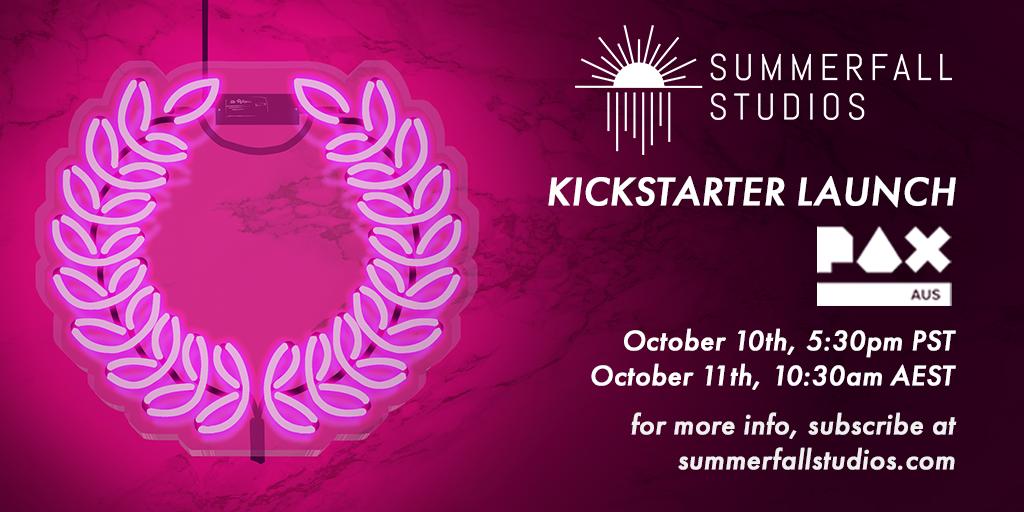 There is some great news for the Australian gaming scene. Recently announced via Twitter, a new indie game development studio has opened it’s doors with some industry heavyweights at it’s helm.

Based in Melbourne, Summerfall Studios is co-founded by seasoned veterans David Gaider and Liam Esler. Gaider is a former Bioware dev with notable accomplishments in writing for games such as Star Wars: Knights of the Old Republic and Dragon Age: Origins, where Esler has worked on projects such as the multiple Balders Gate titles during his time at Beamdog studios.

Summerfall Studios will be unveiling their first game during PAX Australia on October 11th at 10:30am AEST. This game is being referred to as ‘an illustrated character-driven adventure’ and will be funded via Kickstarter. It is brilliant to see a new studio pop up in good old Australia and we will be watching carefully to see what their first project will be.

We're super excited to announce Summerfall Studios, a new character and narrative-driven game development studio helmed by @davidgaider and @liamesler! Subscribe on https://t.co/scVLlFN0Dj for a secret sneaky preview of our first game next week… going to Kickstarter next month! pic.twitter.com/x8VlluaXiW

Will you be at PAX this year? What are you keen to see at the show? Let us know