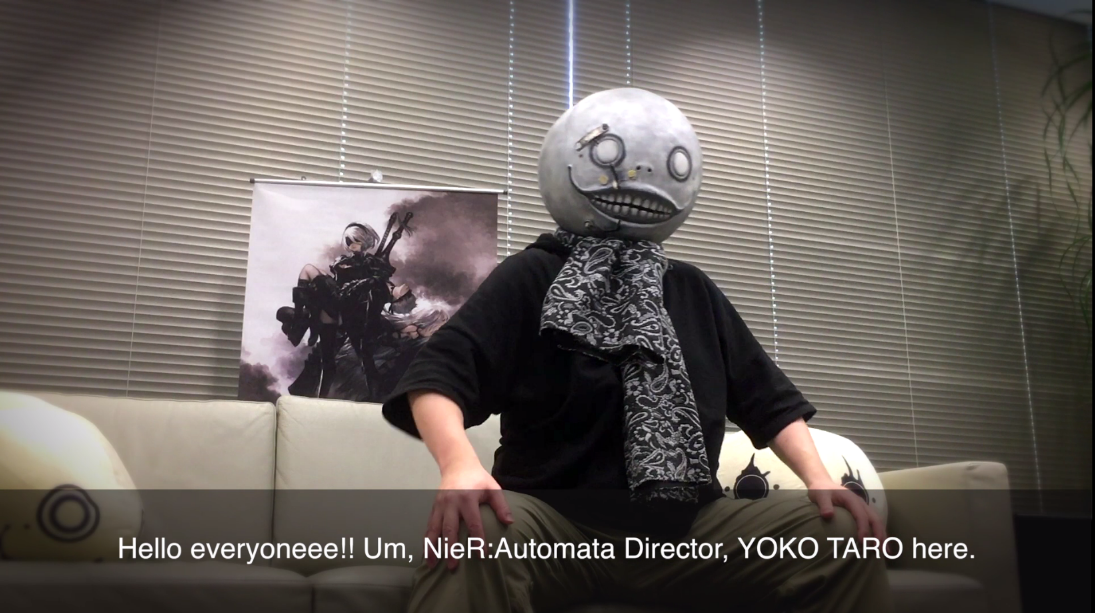 It’s kind of crazy to think that NieR: Automata was released a whole year ago and what a year it has been. Receiving critical acclaim (unexpected if you ask the game’s Director)for its gameplay, style and nuanced story, developers PlatinumGames managed to hit the nail on the head with this game. To celebrate the one-year anniversary of NieR’s release, Director Yoko Taro and Square Enix have made a special thank you message. In the video Taro states that there are some planned events to commemorate the occasion with fans, but he didn’t quite say what they were or when they were happening.

NieR: Automata was released on March 10th 2017 on the PlayStation 4 and PC (via Steam), it later received DLC content in the form of “3C3C1D119440927“. If you would like to read our review, click here. Be sure to check out the official social channels for NieR: Automata for any details regarding the one-year anniversary activities.