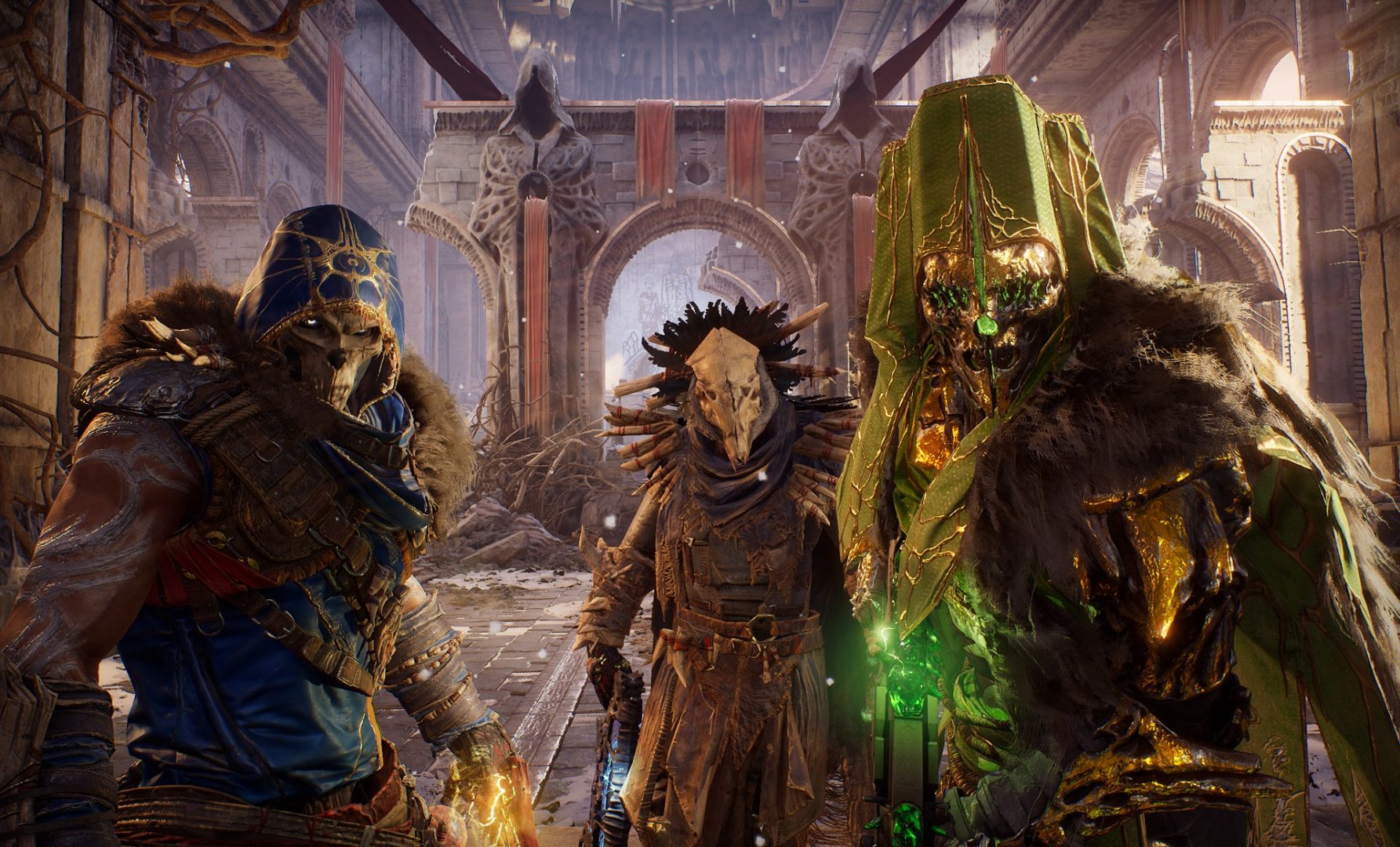 Admittedly, I may have scored Outriders a little higher than I should have back in April of 2021, but that’s not to say that I didn’t have a great time playing it. The incredibly fun gameplay is filled with God-like abilities and enough firepower to sink a battleship, so I was happy to look past the shaky story and paper-thin post-game content. Looking to build upon and improve on the original, developers People Can Fly have returned to the game with the Worldslayer expansion. Boasting a new campaign, weapons, systems and a reworked endgame that promises replayability, is Worldslayer enough to warrant another trip to Enoch, or is it more of the same?

While the premise of Outriders is a solid one, the execution of the story wasn’t exactly a highlight. Set on an alien world with an interesting sci-fi hook, the tale told throughout the base game’s campaign is convoluted and confusing, but it managed to still be fun in a B-grade movie kind of way. Set directly after the main story, Worldslayer’s roughly five-hour campaign poses a new threat in Ereshkigal, the Altered commander of the Insurgency. Coinciding with what seems to be an apocalyptic event happening on Enoch, the stakes are set for another overly dramatic popcorn plot, but, unfortunately, outside of the new villain having a distinct design, the story is completely forgettable. If you’re particularly invested in Outriders lore you’ll get answers to a few lingering questions, but otherwise, it borders on cutscene-skipping territory.

If you ignore the flesh-eating monsters, murderous Insurgency and deadly alien storms, Enoch is a great holiday destination

But hey, I doubt you’re looking to head back to Outriders for the deep and perplexing narrative threads, you’re wanting to shoot crazy weapons and make things explode with your mind, right? Well, the frenetic combat from the base game not only returns but is also given some noteworthy improvements. The insane abilities tied to the four playable classes are what makes Outriders’ combat so entertaining and they still kick so much arse. Whether you’re playing as the teleporting, time-manipulating Trickster, the fire-spewing Pyromancer, the damage-absorbing Devastator or the long-range Technomancer, the powers at your disposal will make you feel like a death-dealing deity.

Enhancing the already excellent abilities are the two new progression systems – the Pax class tree and the Path of Ascension. Immediately game-changing, the Pax class tree gives you access to two new skill sets with five new perks that mesh with your previously earned skills. Both branches offer a new way to spec your character and points can be redistributed at any time, so you can mix and match whenever the mood takes you. Ascension points aren’t as dramatically noticeable, but they provide small buffs that can be stacked, such as damage mitigation from elite enemies, cooldown reduction and higher damage output with certain abilities. Combined with the already extensive character systems from the base game, this new tier of progression elevates your customisation options even further.

The new progression systems give you plenty to work towards

Complementing the new progression systems is a slew of fresh weapons and armour, as well as a completely new tier of rarity for both. The weapons from the base game are varied and fun to use and the new additions are no different. Blending well with the existing loot pool, I came across new automatic shotguns that turned whatever was in front of me into a fine, red mist, long-range rifles that caused enemies to go up in flames and everything in between. The new Apocalypse tier loot adds in a third, important mod slot, allowing you to further customise your gear with insanely powerful abilities that work in tandem with the new Pax tree and Part of Ascension. Playing around with different builds and taking them for a test drive at the expense of the Insurgency is great fun, even if the encounters themselves can be a bit of a drag.

While many of the battles throughout the Worldslayer campaign are tough-yet-fair affairs that challenge you to go on the offensive rather than force the old hide and peak, others double down on an issue that plagued the base game. Almost all of the bosses and most of the elite enemies found within the expansion are less focused on making you feel powerful and are more concerned with overwhelming you with cheap tactics in hopes of coming across as challenging. Not only does everyone and their dog (sometimes literally) use poorly telegraphed, huge area of effect attacks that cause the player to stagger, they often come in pairs. While playing, our team quickly discovered that we hated the Executioner elite enemy, mainly down to his attack-spamming and the aforementioned AOE issues, so we were more than a little annoyed when we walked into the next encounter and were greeted by three more of the awful bastards. I enjoy a difficult fight, but many battles had within Worldslayer are less challenging and more infuriating.

And I’m meant to shoot back while dodging all of this? You’re taking the piss

Once you’ve waded through the Insurgency and faced off against Ereshkigal, you’ll head to Tarya Gratar, home to Worldslayer’s endgame mode. It’s here where players will be able to work through difficult, multi-stage dungeons and take on powerful bosses in hopes of earning some sweet Apocalypse gear. Within these dungeons are branching paths that allow you to focus your loot-hoovering attention on specific items, preventing you from putting in hours of work for another pair of the same gloves. By no means does this eliminate the chance of getting a less than amazing reward, but it massively mitigates the disappointment of crappy loot.

Once you enter a run within Tarya Gratar, you’ll have three lives in which to complete it or face leaving empty-handed. There are certain enemy types and bosses that can only be found while taking on the challenge of Tarya Gratar, and the story even continues within its walls which is a nice little surprise, but the gameplay remains similar to that of the campaign. Facing waves upon waves of enemies, you’ll soon realise that each run is pretty much the same as the last. This will be a bit deflating for most after a few hours, but the targeted approach to the grind will undoubtedly be worth it for those dedicated and focused on becoming as powerful as possible.

The new campaign may not be a narrative masterpiece, but it does provide an entertaining enough backdrop for players to test the limits on the fun new progression systems and weapons tiers introduced with Worldslayer. The improvements make combat more fun than ever, though the annoyances with boss and elite encounters felt in the base game are also more prominent. Despite this, a more refined yet limited endgame game with a great approach to the loot grind rounds out an expansion that’s worth revisiting the game for. 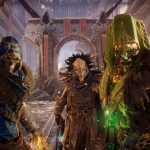 Outriders Worldslayer Review
Don't Enoch It Until You Try It
Expanding on the already fun combat while offering a new and improved endgame mode, Worldslayer is worth heading back to Enoch for, even if the story told on the trip is a forgettable one.
The Good
The new progression systems deepen combat
New locations are interesting and occasionally pretty
Apocalypse gear adds a new wrinkle to customisation
The approach to endgame loot grinding is brilliant
The Bad
The story and villain are completely forgettable
Elite enemies and bosses are an AOE nightmare
Tarya Gratar runs out of steam quickly
7
Good

Outriders Worldslayer Review
Don't Enoch It Until You Try It
Expanding on the already fun combat while offering a new and improved endgame mode, Worldslayer is worth heading back to Enoch for, even if the story told on the trip is a forgettable one.
The Good
The new progression systems deepen combat
New locations are interesting and occasionally pretty
Apocalypse gear adds a new wrinkle to customisation
The approach to endgame loot grinding is brilliant
The Bad
The story and villain are completely forgettable
Elite enemies and bosses are an AOE nightmare
Tarya Gratar runs out of steam quickly
7
Good
In this article:outriders, pc, People Can Fly, ps4, PS5, Square Enix, third-person shooter, Xbox One, Xbox Series X&S