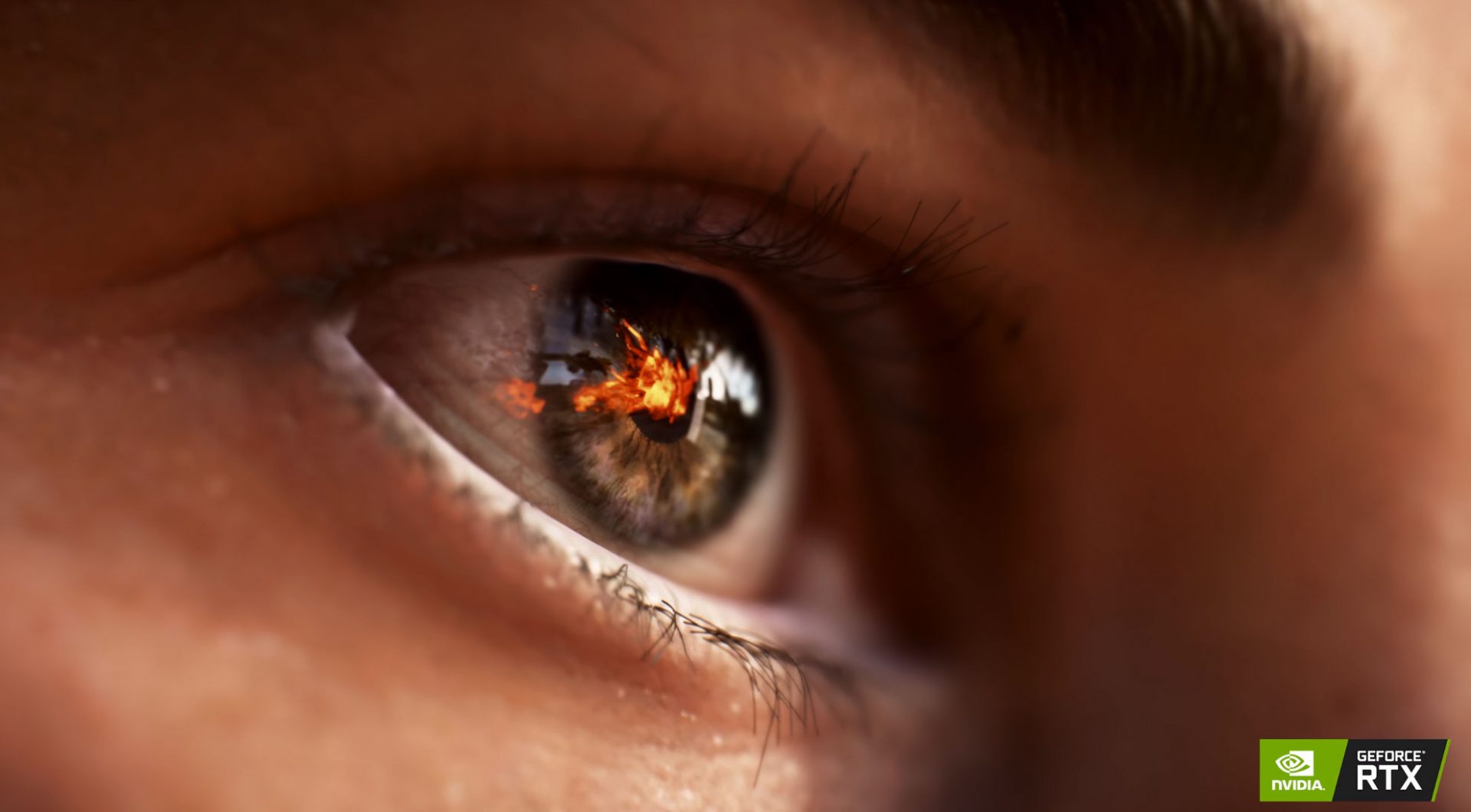 Nestled far and away from the chaos that was the PAX AUS 2018 show floor, WellPlayed Assistant Editor and beard aficionado Kieron Verbrugge and I ventured into a behind closed doors presentation showing off the latest Nvidia graphics architecture, with some of the guys working at Nvidia in the USA and Singapore leading the charge and answering our questions.

Long story short, if you are a PC gamer, or just anybody interested in the advancement of what is possible with graphical technology then you would be very aware of the latest cards Nvidia has begun shipping to consumers. These are the coveted RTX 2080 TI, RTX 2080 and slightly less powerful (but still monstrous) RTX 2070 designed with the insane Turing architecture. This new hybrid graphics capability represents the biggest generational leap ever in gaming GPUs, with Turing architecture reportedly delivering 6x more performance than its predecessor, Pascal.


To keep it simple, the biggest selling point of these cards and also something that has caused a bit of backlash with consumers (more on that in a second) is the feature of ray tracing, a technique that projects real-time lighting and reflections on surfaces within the scene of a generated image. Big-budget animated films from the likes of Pixar and Dreamworks use it as standard now (fun fact: the very first Cars film in 2006 from Pixar was the first CGI film to use full-blown ray tracing technology). The difference between film and video games however is that in the former, ray tracing effects can be rendered over time on huge servers, as it is only one image the animators have created. With gaming however – these effects need to be rendering dynamically on-the-fly in a much, much shorter space of time – seconds…not days.

After seeing the likes of the Star Wars ‘Reflections’ demo in action, I was convinced I was watching real life. Ray tracing takes a dynamic scene and completely transforms it with immersion like nothing else can, the holy grail of graphical fidelity so to speak. After seeing the technology in action while getting hands-on with Metro: Exodus and the newly patched version of Shadow of the Tomb Raider, my tiny mortal mind was blown. From the ambient lighting reflected off surfaces in a room changing as I moved around, to seeing individual dust particles react to movement light, it is like nothing else I have seen before in a video game. It’s a level of immersion which feels like a new frontier in graphical fidelity.


Kieron was suitably impressed with the technology as well, stating at one point that he was ‘tracing some rays of his own…in his pants’. Stay classy, Kieron.

So how could a thing of such beauty be met with backlash from the gaming community? The idea is that Nvidia releasing these cards now before any games are actually designed to make use of ray tracing technology (besides the upcoming Battlefield V) has caused a bit of a stir amongst the mustard race. Furthermore, why spend all this money on a card that doesn’t even show off its best feature yet? Is it simply an expensive gamble that adoption rates are high enough that developers will feel compelled to take full advantage of the technology? Speaking with John from Nvidia, the answer was simple. Why wait to show off this technology and harness the power of what is possible with these new cards when consumers can jump in now and experience just about any game in 4k at 60fps? Even without ray tracing this is an awesome selling point, and with the impending release of RTX-supported titles right around the corner I can see what the allure is.

Another awesome feature that some may not know about is the technology behind Nvidia DLSS, which essentially gets rid of the need for any anti-aliasing in titles by using AI to learn the ins and outs of a scene and render at a super high quality 64 jittered sample render. This is done using a Convolutional Autoencoder – 500 Billion FP16 Ops to be exact. Don’t worry, we were confused as well, but basically this creates a silky smooth image in real time without the need for the potential performance hit typically incurred by high level anti-aliasing.


The only downside to this epic technology? Right now these cards will set you back upward of $1,400 – $2,000 a pop here in Australia, which is a pretty hefty sum. Of course if you don’t want to be on the bleeding edge you can always wait for the price to slowly go down, but after seeing the capabilities of these new cards, I feel like selling my kidneys to jump aboard the RTX hype train is a legitimate option.