I turned my Arnold into a Disneyland Tourist Dad, you might want to consider calling the cops because I am obviously out of control. 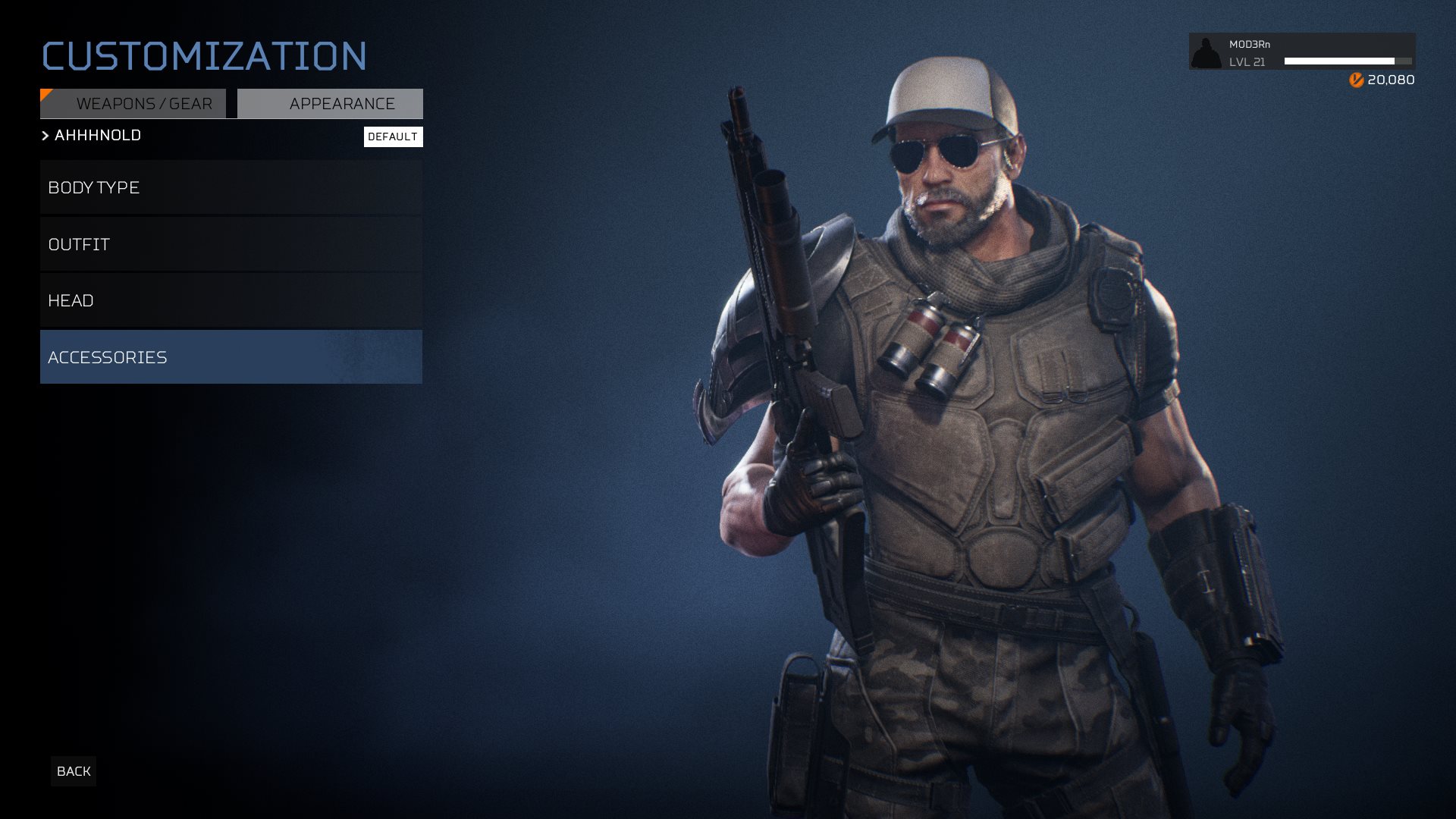 Look what he got in the gift shop

In my review of Predator: Hunting Grounds, I criticised the lack of character elements within the game. The original film had so many massive (literally) on-screen presences that the game’s create-a-character options felt unbelievably cardboard-like. Thankfully, 1980s Arnold Schwarzenegger is a treasure, so seeing him get added to the game is a genuine dream come true.

The DLC update for the game also brought with it a slew of balance options to make the cat and mouse nature of the game feel more organic, rather than the ‘mice blow the cat up whenever it dares show up’ meta that seemed to be developing. I am finally losing games as a Fire Team member! 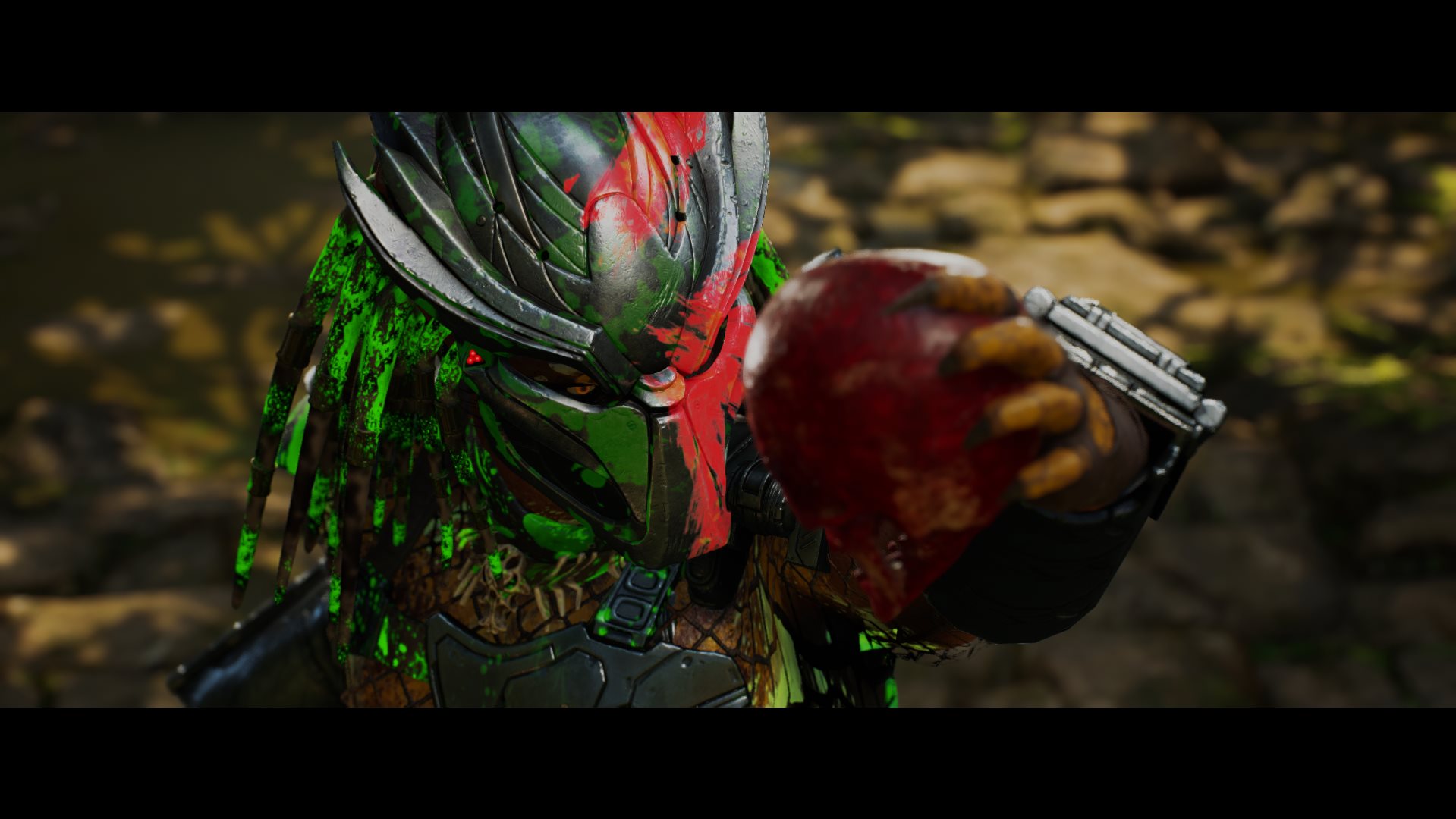 Yeap, pretty sure the nice alien lady is holding my skull there

The Dutch 2025 pack also includes some fantastic incentives to level up within the game, allowing players the option to listen to a pseudo-sequel to the original Predator film in the form of audio diaries recorded by Arnie in the role of his 1987 character, Dutch Schaeffer. I won’t spoil the details, but in short – the dude has been kicking ass. I am yet to unlock the last two tapes, and I am fully aware I could listen to them on YouTube – but this is the content I crave, and working for it feels awesome.

But what of this identity crisis? Well, the curious thing is the tone of the game. Pre-Arnie, Hunting Grounds felt like it was trying to play itself off the plot of the original Predator film – in the sense that a group of badass military men head into the jungle to complete an objective, and suddenly a freaky space monster with dreadlocks and fishnet arm stockings is killing them. Everything about the game was trying to wink at you and suggest that the presence of a Predator should be a big surprise – “This is a routine mission Fireteam, get in there and do the thing. Definitely no space murderers around here, just guerrillas and bombs to defuse.”

Though it was a little dorky, I could at least see where they were trying to go with it. Didn’t stop me constantly scanning the trees however.

Enter the Dutch Schaeffer DLC, bringing with it the game’s first proper Predator hunter. To play along with the narrative elements of the game, imagine for a moment if you will, that you suit up to go do your ROUTINE JUNGLE ANTI-TERRORIST MISSION, and for some reason there is a bulky dude wearing some kind of space helmet on his shoulder accompanying you. The entire time you are heading to your muddy bad guy hovel, this dude is scanning the trees and muttering about ‘light-bending camouflage’. He continuously slathers himself with gross jungle mud, and tells all of you that ‘it still works’ with absolutely no other context. 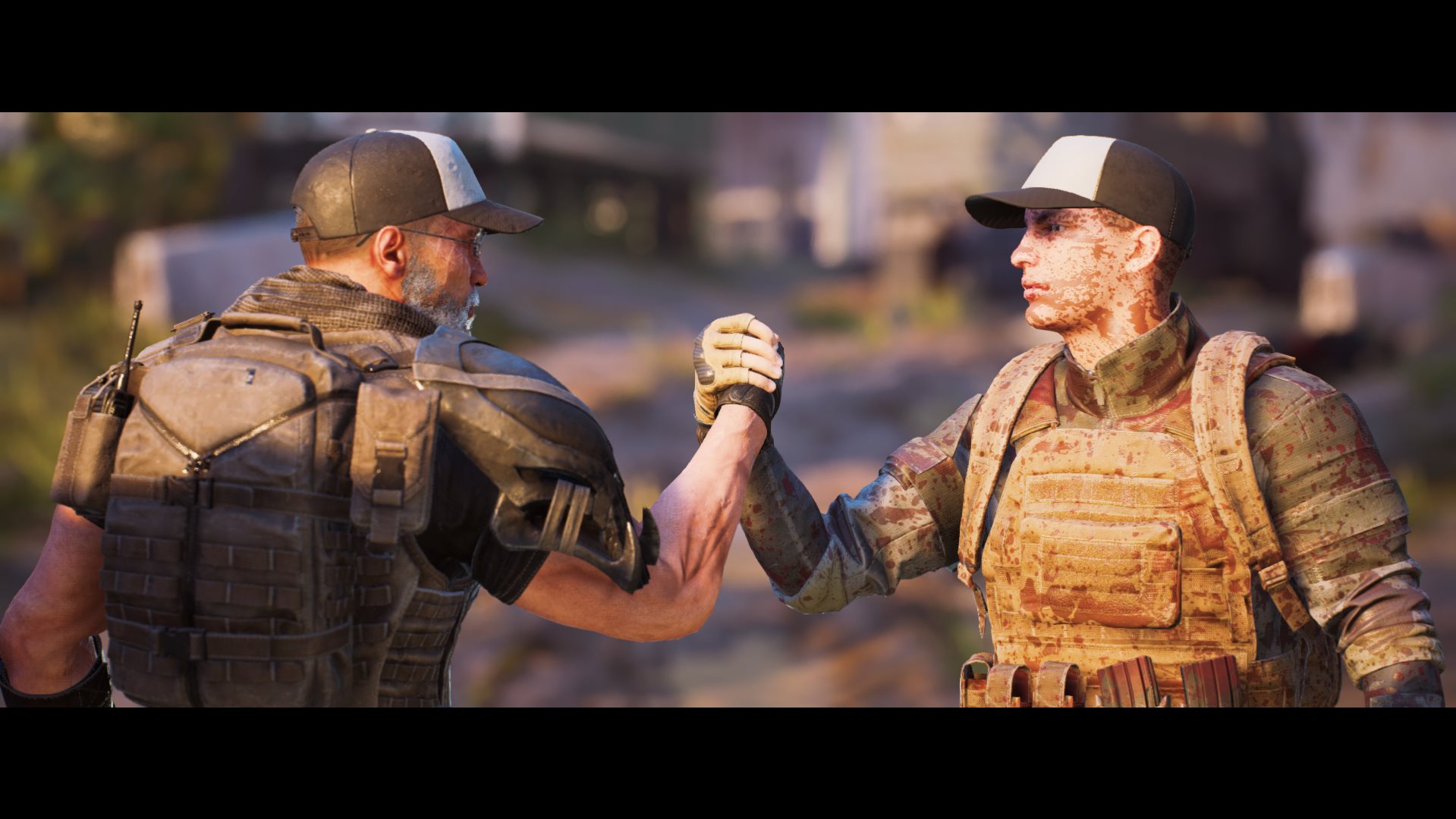 You would think him mad, until you realise that the ROUTINE MISSION is actually a crock of shit, and a gigantic muscle monster wants to borrow your skull and spine. Then you are happy to have the weird dude on your team, because he seems to know what he is doing.

It’s this cognitive dissonance that ramps up Hunting Grounds goofy nature to a point where I can’t help but love it. The Dutch DLC feels like some kind of end-of-life content that gets thrown into a game at it’s death knell, when the developers start adding clown afros to characters and just having fun with it all. But this is the first DLC pack for the game –- there is going to be more content each month for a while yet.

Peak 80’s goofiness is where the true fun lies, and Hunting Grounds needed a big injection of it. And this is the perfect first shot to get your system ready for what comes next.

Let’s get Danny Glover on the phone – unless he is too old for this shit?

Dutch will be here on May 26

Predator: Hunting Grounds Has A New Trailer And A Release Date
December 11, 2019

Predator: Hunting Grounds Gets A Free Trial This Weekend
March 25, 2020

Predator: Hunting Grounds Is Adding The Missing Piece Of The Predator Puzzle: Arnie
May 13, 2020

Our first proper look at Eivor and Valhalla