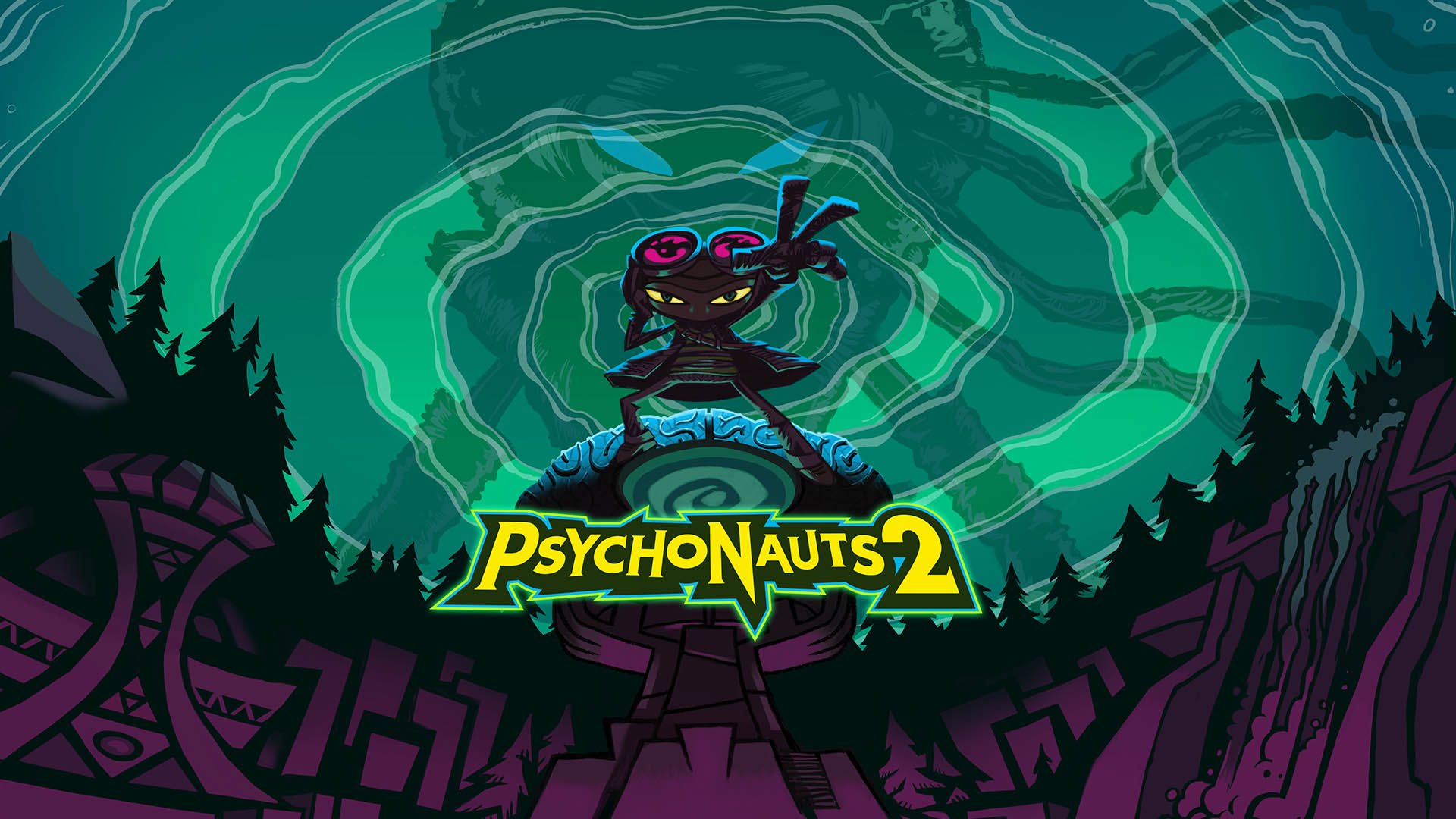 For a studio like Double Fine, one that’s known for its innovation and creativity and for a consistently unique output, the idea of a sequel might not make much sense. As elated as I was back in 2015 to learn that one of my all-time favourite games was making a return, there’s always that shred of hesitancy that some things are better left as pleasant memories. Luckily that’s absolutely not the case for Psychonauts 2, which proves itself to not only be a worthy follow-up to the cult classic, but a damned-near essential one.

“I haven’t been here in…two days.”

Right there is just about the funniest line I’ve heard in a video game – a remark from Psychonauts’ protagonist, Razputin Aquato, as he revisits a locale from 2005’s original entry. The punchline, of course, is that while it’s been 16 years since the first game released, this sequel takes place almost immediately afterward. After joining the Whispering Rock Psychic Summer Camp and subsequently saving his fellow camper’s brains from the evil Dr Loboto, Raz is welcomed into the secret psychic spy agency of the Psychonauts, working with them to rescue the organisation’s head, Truman Zanotto. This is where the sequel picks up, with Zanotto returned to Psychonauts HQ and Raz awarded the official title of Psychonaut…intern.

Of course there wouldn’t be a game here if things simply went peachy from that point on, and Raz quickly finds himself at the centre of a new adventure with the threat of a once-thwarted psychic villain named Maligula resurfacing and a suspected mole at Psychonauts HQ helping it happen. With the agents in panic mode and old ghosts back to haunt them, Raz’s quest takes him across the Motherlobe and its surrounds to enlist the help of the founding Psychic Six to defeat Maligula once again. What this means for Raz, and for fans, is that Psychonauts 2 quickly becomes a deep dive into the origins of the Psychonauts themselves as well as the confronting of its past and the fallout of its founders’ troubled histories. It’s immediately clear that the series’ creator, Tim Schafer, had much more to say than was said the first time around and it’s a treat to see so much more of this world now being explored.

The brilliance of the Psychonauts games’ storytelling not only comes from Double Fine’s creativity and sharp wit, but from the core concept of each major ‘level’ in the game being borne of a character’s mind. Just like the original, Raz spends most of his time in-game exploring the mental planes of his friends and colleagues, where their innermost thoughts manifest into abstract worlds to be explored and challenges unique to their individual mental conditions. You can read about a couple of these in my early hands-on preview of the game, like the combination casino/hospital of Psychonauts acting director Hollis Forsythe’s mind or the sprawling library where Psychic Six founder Cassie O’Pia locks her various personality archetypes away in thick tomes.

Empathy is such a powerful tool for storytelling, and so these mental worlds bridge that often challenging dissonance between gameplay and narrative by making gameplay inherently empathetic. The first game had a lot of success with the same idea, but it’s clear that Double Fine’s entire team from writers to artists and designers has approached every level and sequence with the goal of portraying its characters and their mental states and experiences in ways that are fun, visually interesting and contextually meaningful. Whether using Raz’s newfound ability to slow time to better manage the superfast and relentless Panic Attack enemies, collecting the hundreds of unique Figments in each level or finding painful memories to explore at the bottoms of literal bottles, there’s almost nothing to see or do in Psychonauts 2 that doesn’t contribute to its themes and messages.

I could write thousands of words about the other mental worlds that Psychonauts 2 has to offer, but I’d be ruining so many wonderful surprises. Just know that each is fantastic in its own right, and the sheer volume of bespoke content and mechanics that Double Fine has crafted for each is staggering and rivals even the biggest AAA platformers like Super Mario Odyssey.

It’s definitely Double Fine’s most technically accomplished effort but above all it’s artistically and creatively leagues above anything I’ve played in recent memory.

Whether it’s the psychedelic, cel-shaded head trip of the Brain in a Jar level, the murky metropolis inside of a bowling alley, or just the sprawling and explorable quarry and campgrounds outside of the Motherlobe, Psychonauts 2 is a treat for the eyes. The ears too, with an eclectic and imaginative score that brings a very cinematic feel to the events unfolding on-screen along with top-notch voice acting all ’round (with more than a few genuinely delightful cameos).

Psychonauts did a lot with very little in bringing lashes of German expressionism, Tim Burton and Jhonen Vasquez together in a 3D platforming adventure circa 2005, and the follow-up manages to not just recreate that magic in the Unreal Engine 4 engine but casts an even wider influential net while somehow feeling more cohesive and distinct in its own right. It’s definitely Double Fine’s most technically accomplished effort but above all it’s artistically and creatively leagues above anything I’ve played in recent memory.

That gag about the amount of time between Psychonauts games is also incredibly apt as even coming back to the world of the Psychonauts after this long, it immediately feels like no time has passed at all. Psychonauts 2 feels just as much like a game from another time as it does a contemporary platformer, in all of the best ways. It’s been a couple years since I’ve replayed the original game in full, but as soon as I picked up the controller to dive into the sequel, muscle memory kicked in and it was like I’d never put it down. Double Fine has done a bang-up job of emulating the classic experience while making sure the game’s core platforming gameplay is up to modern standards as well as working in just enough new ideas to give the impression that Raz is making progress as a Psychonaut.

The biggest additions come in the form of some brand-new powers for Raz. The most self-explanatory of these is Time Bubble, which slows hazards and enemies down to a crawl. Meanwhile, Projection creates a papercraft clone of Raz that can slide into small spaces to hit switches as well as briefly fight alongside him. Mental Connection makes the most impact though, giving Raz ‘stray thoughts’ to anchor to like grappling points when platforming while also allowing him to tether together specific ideas, represented by floating thought bubbles. Connecting two ideas inside a person’s brain is an extremely powerful tool, used (maybe a little too liberally) to change conditions inside and outside of a mental world by changing that person’s mind.

All of these new powers, and the old, work in Psychonauts 2’s combat encounters as well. In fact, combat as a whole is a significant improvement on what came before. That’s largely down to both Raz’s repertoire of psychic abilities as well as a much heftier line-up of enemies. With enemy names like Doubts, Bad Ideas, Panic Attacks and Enablers, it’s obvious that Double Fine is serious about further tackling concepts of mental health in both story and mechanics and it works. While the game’s combat can err towards clumsy and haphazard at times it feels far more considered and contextual this time around, and each of its ridiculous boss battles are a damn riot.

Between thwarting evil and reforging familial bonds across its core narrative, completing side quests and scouring each mental level and sprawling hub area for secrets I’d spent a good 20-odd hours in Psychonauts 2 and relished every single moment. I even took to swallowing my pride and toggling on the invincibility option for one encounter where my brain and hands just weren’t cooperating – so kudos to Double Fine for providing a range of well-considered accessibility options for anyone that wants or needs them.

Psychonauts 2 is a glowing example of how to do a sequel right. It perfectly captures what made the original special, showing an understanding of everything that players loved and doubling down on all of it. Most of all it truly feels like it needed to be made, rather than existing just to sate fans’ hunger for more from the IP. Double Fine has never really had to prove itself as a creative powerhouse but if it did, this mind-bending, hilarious and heartfelt psychic adventure is all the proof it needs. 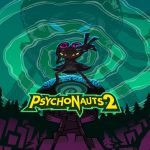 Psychonauts 2 Review
Totally Mind-Blowing
Psychonauts 2 is exactly what I was hoping for in a follow-up. Double Fine has smartly refined its unique brand of platforming adventure while greatly expanding its narrative qualities. Plus, it's an absolute treat for the eyes and ears. This is how you do a sequel.
The Good
Gripping and often hilarious storytelling with huge helpings of lore for fans
Continues and expands on the original's unique ideas
Hugely entertaining cast of characters from the Psychonauts to the Aquatos
Expertly pulls from a wellspring of visual influences while retaining its own identity
Voice acting and soundtrack are on point
The Bad
Combat can feel a touch clumsy at times
10
Godlike

Psychonauts 2 Review
Totally Mind-Blowing
Psychonauts 2 is exactly what I was hoping for in a follow-up. Double Fine has smartly refined its unique brand of platforming adventure while greatly expanding its narrative qualities. Plus, it's an absolute treat for the eyes and ears. This is how you do a sequel.
The Good
Gripping and often hilarious storytelling with huge helpings of lore for fans
Continues and expands on the original's unique ideas
Hugely entertaining cast of characters from the Psychonauts to the Aquatos
Expertly pulls from a wellspring of visual influences while retaining its own identity
Voice acting and soundtrack are on point
The Bad
Combat can feel a touch clumsy at times
10
Godlike
In this article:double fine, fig, game pass, greg miller, Jack black, kieron verbrugge, Microsoft, pc, platformer, ps4, PS5, psychonauts, psychonauts 2, review, tim schafer, wellplayed, xbox, Xbox Game Studios