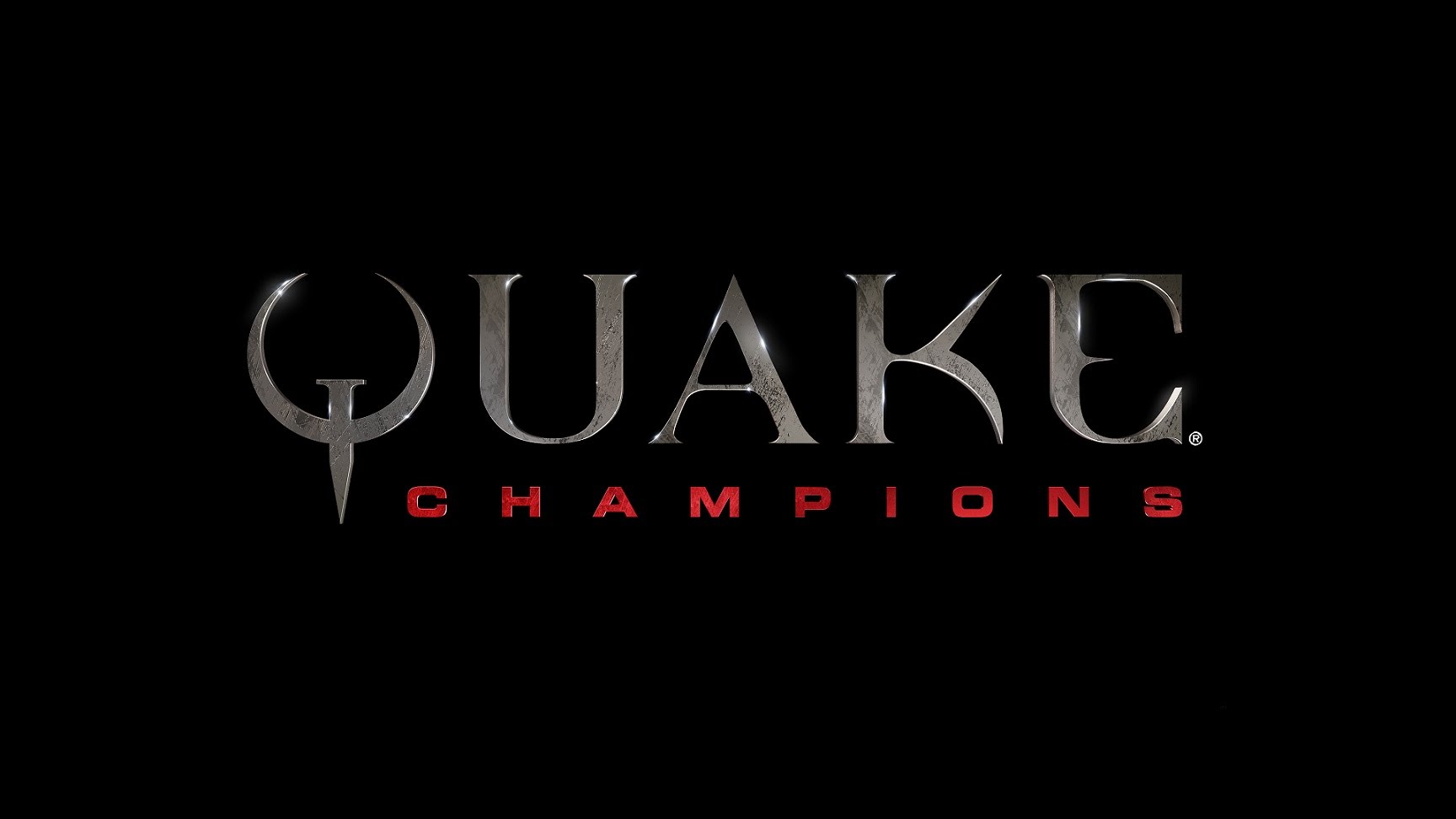 During the QuakeCon 2016 keynote speech, id Software Studio Director Tim Willits took to the stage to unveil an armory of new Quake Champions details. The presentation was full of blazingly fast action, juicy gibs and explosive rocket jumps, and it closed out with the world premiere of the first Quake Champions gameplay trailer.
Willits gave those in attendance a quick look at the four Champions introduced in the announce trailer at E3 – franchise classics Ranger and Visor, and newcomers Nyx and Scalebearer. The audience was shown a series of quick vignettes exploring each of their abilities, which you can learn more about in this video. In addition to those four, Willits showed another returning Champion, Anarki, the lanky speed-demon with a sweet hoverboard. He also teased three more Champions (though he didn’t name names) and revealed that there will be at least a dozen to choose from when the game enters closed beta.

In true Quake fashion, you’ll have an arsenal of powerful and unique weapons, each of which will feel familiar to long-time Quake players. “No loadouts, no limit to the amount of guns you can carry,” Willits assured the crowd. “Time the weapon pickups, or kill your opponents. That’s how you get weapons in a Quake game.”

Willits also surprised the crowd with the announcement of the first public exhibition match of Quake Champions, to be held live on stage during the QuakeCon Finals Party on Saturday night. A select group of competitive players will face off to give attendees an exclusive preview of what to expect from the new Quake.

Quake Champions will be going into closed beta in 2017, so it won’t be too much longer before you’ll be able to get your hands on the heart-thumping arena-style FPS and see for yourself just how fast it is, running at 120hz with unlocked framerates.

With plans for leagues, tournaments and more, Quake Champions is poised to be an eSports powerhouse. Learn more about id Softwars’s approach to eSports in this interview with Tim Willits.

In this article:Bethesda, id, quake champions