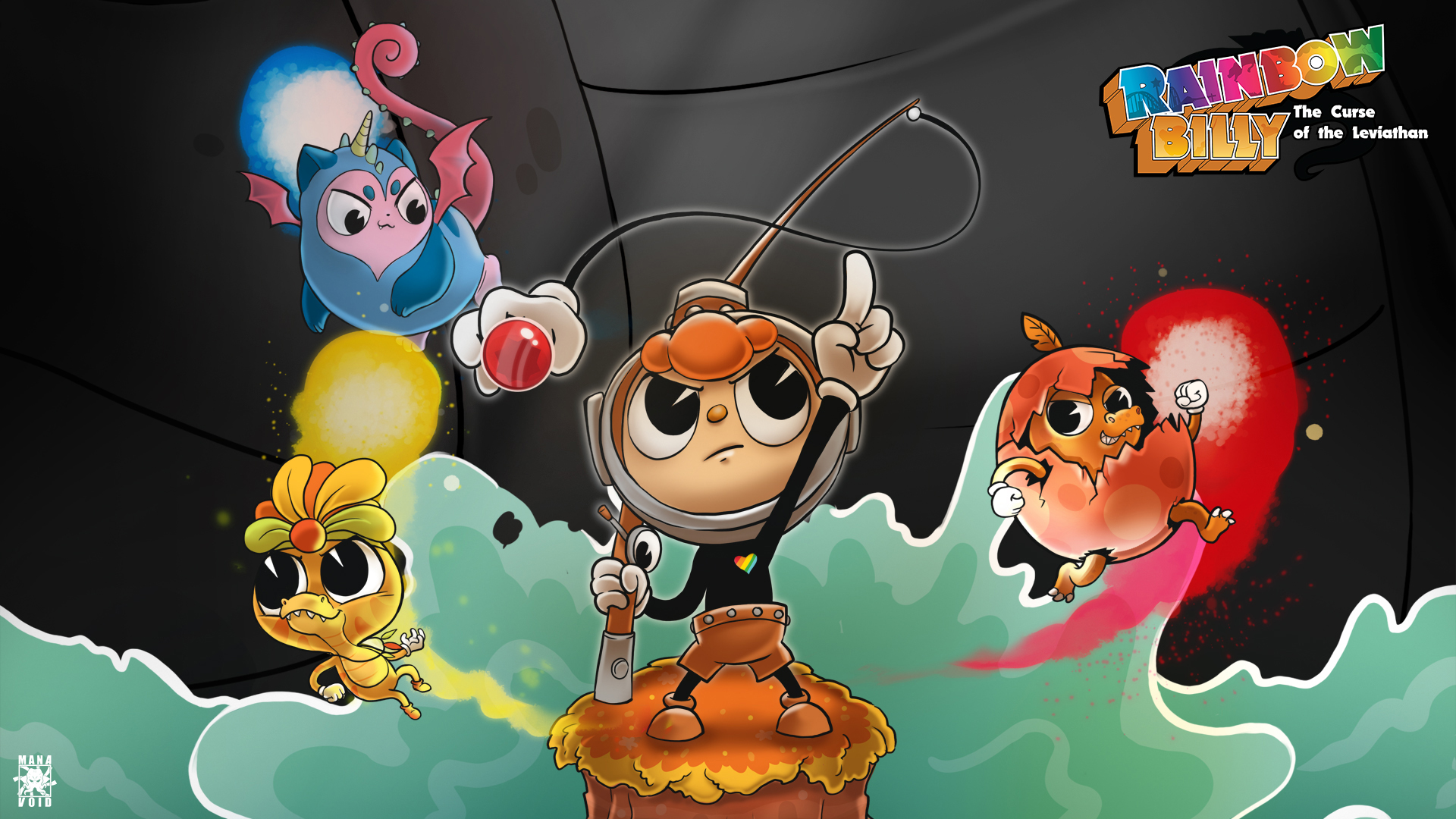 Family friendly stuff gets a bad rap. Sure, it’s not as compelling as ‘mature’ content most of the time but something being safe for the whole family to engage with – and I mean the whole family – is a godsend for families or babysitters who just want to spend time with/placate children in their local vicinity. Video games are now majority enjoyed by adults, which puts gamer parents at somewhat of a disadvantage. It’s difficult to enjoy your hobby with very young humans if the only games on offer are either violent or don’t feature local co-op. And the ones that aren’t either of those tend to be a bit…well, crap.

But there’s at least one game out there that’ll let parents play with their children, and not have to worry about Heated Gamer Moments teaching their children how to offend their classmates in two easy syllables. Rainbow Billy: The Curse of the Leviathan is the second title from Montreal-based studio ManaVoid Entertainment, and it wears its family-friendly label right on its sleeve. Or, rather, its Steam page. It draws inspiration from a cavalcade of RPGs, most notably Pokemon and Paper Mario. It’s baby’s first RPG, and doesn’t shy away from that.

The art direction of Rainbow Billy is the most immediately noticeable aspect, and it’s gorgeous despite the game’s obvious budget constraints. Its bright and colourful world, inhabited by rubberhose-style characters, has had its colour drained by a grumpy leviathan. Your job, as the titular Billy, is to restore the world’s colour. How does Billy do this? By making friends, of course! A colouring-in game would have been a poor design choice, after all. Monochrome villainy aside, the game’s visuals honestly carry strong charm despite its rudimentary animations. It’s no Cuphead, but it’s got a similar Fleischer-inspired vibe.

So you wander the world to make friends in a game so cute it should be illegal. Big deal. It’s an RPG, so what’s the combat like? Unfortunately, the combat of Rainbow Billy is easily the game’s weakest point. Talking and listening to ‘enemies’ to restore their colour and bring them into your Pokemon-style friendship harem is a neat touch, but the mechanics of doing so are woefully lacking in substance. At least, from an adult’s perspective. Children old enough to know how to do to a Fortnite dance (read: most of them) will probably share their parents’ frustration in the combat’s lack of real depth. Smaller kids, on the other hand, will probably really enjoy their introduction to such a unique variety of mechanics on display – limited as they are.

Combat works by playing your friends from a deck of gambling chips who can fill in a series of colourful symbols that, when completed, will fully restore their colour and turn them into adorable versions of their cranky selves. You perform ‘attacks’ using your friends by completing mini-games unique to them, which are the same every time. Friends can be levelled up (but only twice) which lets them use more colours. There’s also some really neat introductions to real-life anxieties that could prove useful to pretty much anybody, which gets a thumbs up from me, a girl so anxious that her happy dreams carry subconscious terrors. No, I will not see a therapist.

But when I say “the same”, I really mean “the same”. Inputs will often repeat themselves, which makes for a more accessible game at the cost of depth. There’s also no way to leave combat before it finishes (as far as I could gather, anyway) which makes it an exercise in patience. Despite the chance of drawing a colour chip through chatting with ‘enemies’ that fills in for colours that your team doesn’t have, combat more often than not devolves into random tedium. Friends only having three levels also makes you rely on luck of the draw most of the time, which will only frustrate child and parent alike.

Rainbow Billy somewhat makes up for it with its exploration, with cute and friendly worlds navigated through simple platforming akin to Paper Mario. Colours (and lack thereof) often blend in too much with Billy though, making it hard to see where you are sometimes. The game’s map screen also doesn’t show you where you are, so finding your way around if you get lost becomes a game of spot-the-difference. The worlds are still a joy to explore however, which is a testament to the game’s strong art direction. Segments where you pilot Billy’s tugboat – aptly named Friend Ship – have some very powerful The Legend of Zelda: Wind Waker vibes, and a lack of a fail state means that setbacks are often quick and painless. Toot toot!

Collectibles are scattered about the place that reward exploration, but there’s also not much depth in the way of that either. Secrets are easily found, and rewards range from useful things like extra turns in combat to mundane ones like new frames for the game’s photo mode. That feature is a cute distraction, though. Fishing minigames let you collect little fishies to feed to friends for experience points and gifts that level them up outright when given to the right one, which is where most of the ‘grinding’ comes in. Thankfully, there’s nothing else in the way of RPG tedium that’d force players to spend more time on pointless filler.

Really, it’s parents and their very young kids that are the target audience of Rainbow Billy: The Curse of the Leviathan. RPG veterans and Fortnite students may reel at the adorable visuals and simple gameplay, but those looking to simply spend time with their lil’ loved ones will forgive the sacrifices made for the game’s undeniably great accessibility. 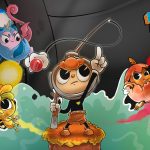 Rainbow Billy: The Curse of the Leviathan Review
F Is For Friends Who Do Stuff Together
Rainbow Billy: The Curse of the Leviathan is a cute and cuddly family RPG that sacrifices depth for accessibility. This lack of substance may turn off older players who may be used to more complex affairs, but younger players and their parents will discover a great way to get acquainted with a popular genre of games.
The Good
Endlessly cute art style
Simple and accessible gameplay
The Bad
Lacks real depth (but some won't mind)
Combat is sometimes frustrating
6.5
Has A Crack

Rainbow Billy: The Curse of the Leviathan Review
F Is For Friends Who Do Stuff Together
Rainbow Billy: The Curse of the Leviathan is a cute and cuddly family RPG that sacrifices depth for accessibility. This lack of substance may turn off older players who may be used to more complex affairs, but younger players and their parents will discover a great way to get acquainted with a popular genre of games.
The Good
Endlessly cute art style
Simple and accessible gameplay
The Bad
Lacks real depth (but some won't mind)
Combat is sometimes frustrating
6.5
Has A Crack
In this article:2021, arana judith, curse of the leviathan, ManaVoid Entertainment, pc, rainbow billy, review, RPG, Skybound Games