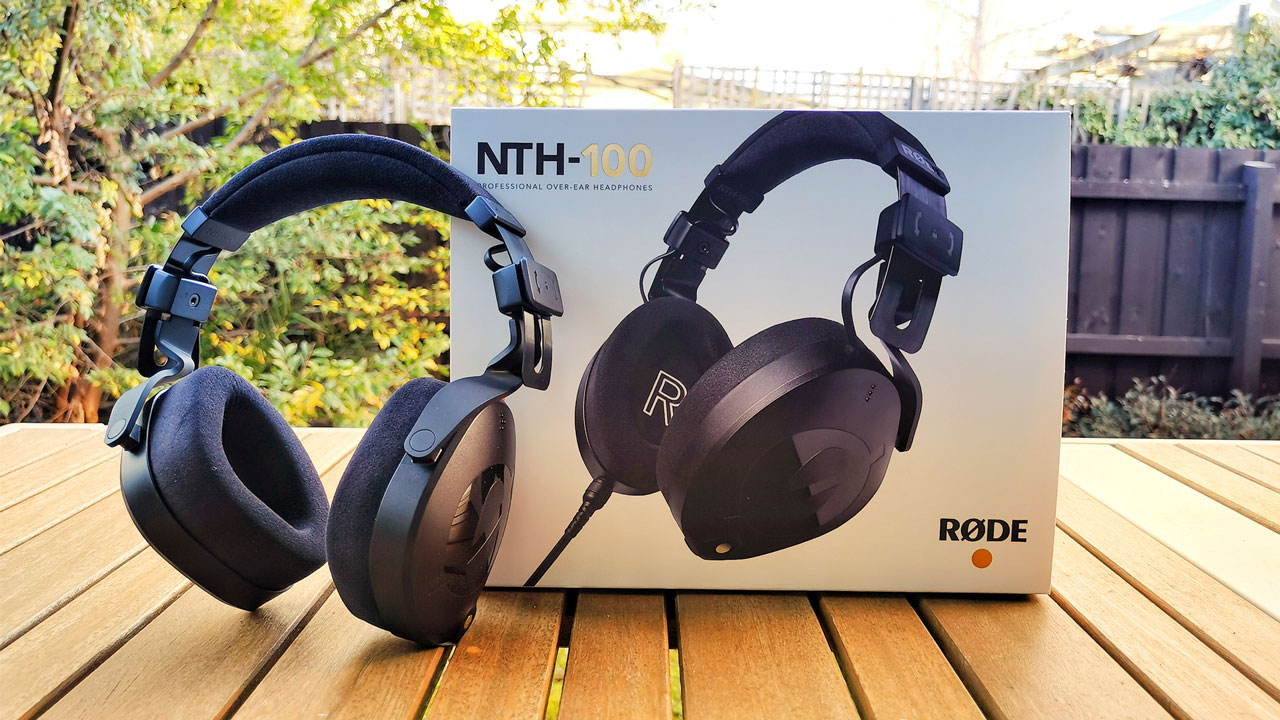 For a brand with such a rich history in audio recording products such as RØDE, it’s surprising that the Australian company has never ventured into the headphone market until now. The NTH-100 professional over-ear headphones mark RØDE’s debut in a category not short of options and is the culmination of years of research and experience in the audio market. But does the NTH-100 make the grand entrance a company of RØDE’s stature demands? You bet it does.

The NTH-100 are wired headphones designed for audio recording, podcasting, and creatives of all types, as well as just general use. With an all-black design featuring the company’s Ø symbol on each earcup, the NTH-100 look sharp and like a pair of headphones you’d find in a recording studio. In the box you’ll receive a 3.5mm audio cable measuring 2.4m, a 3.5mm to 6.35mm adapter, a storage bag and a colour ID set.

RØDE products have always been known for their build quality and the NTH-100 is no different. The headband is made from sturdy aluminium that feels like it would take eating a can of spinach to break, while the rest of the unit feels solid. Another selling point is that the unit is made in Sydney, which gives it a sense of quality that imported products lack.

Comfort is king, and RØDE has done an exceptional job at designing some of the most comfortable headphones I’ve used. The earcups and headband feature Alcantara cushions that feel great to wear and utilise the company’s CoolTech gel, which helps minimise fatigue and heat generated by the earcups over long periods of use, something that I am more than happy to vouch for.

The earcups themselves have been designed around the shape of the human ear, which not only gives them a unique look, but ensures that they fit and sit on your ears nicely. Adjusting the fit of the headphones is done by using the impressive FitLok system that allows users to lock in their best fit, meaning the headband will never slip out of place.

To use a gaming term, the NTH-100 has a couple of quality of life features that improve usability. The first one is that the cable is not hard-wired into the headset, instead, users can plug the 3.5mm cable into either the left or right earcup and lock it into place. It doesn’t sound like much, but it can make using the headphones more comfortable if they’re not dangling all over you or the desk. The second feature is that the main connection is a 3.5mm jack. Given the headphone’s target audience, they could easily have gone with a 6.35mm connection and made owners use an adapter to convert down to 3.5mm, which can make using them tricky if your phone or device has a case, meaning you don’t get a snug connection all the time. The included 3.5mm to 6.35mm adapter makes for easy conversion if you are using it with a mixer, amp or a 6.35mm port.

The FitLok system is a great innovation

When it comes to sound quality, listening to music was a treat with the NTH-100 delivering clear and crisp audio with a great balance between high and low frequencies (treble and bass) thanks to the headset’s 40mm drivers. Normally I enable a rock EQ to give the audio a bit of a boost, but the majority of the time I found that the NTH-100 produced excellent quality without tinkering with any EQ settings.

My preferred style of music is hard rock, and bands like Breaking Benjamin, Chevelle, Sevendust, and Starset all sounded tight, with guitars that had a crunch to them that wouldn’t sound out of place in a potato chip advertisement. On the other side of the spectrum, bass-heavy tunes that you’d likely hear while tearing up the dance floor to at 2am after a few Jägerbombs feature thumping bass and pulsating synths, whereas more orchestral or ambient music such as The Echelon Effect or sound clean and bright.

Given the NTH-100’s audio engineering appeal, I decided to boot up some old Adobe Audition sessions I had and have a listen. My home studio isn’t exactly Abbey Road, but hearing recordings done with studio mics made me want to get back into recording, while playing guitar through my amp, listening via the NTH-100s yielded great results.

The headset is also perfect for podcasting or streaming, with the clarity of people’s voices excellent. Gaming, on the other hand, sounded good if you simply wanted to hear in-game audio, but it’s not the audience that RØDE is aiming at.

Of course, the elephant in the room is that the NTH-100 is a wired pair of headphones priced at roughly $239, and in a world that moves further down the wireless path, a pair of wired headphones, no matter how good they are, might be a hard sell for some.

Despite its wired connection, the NTH-100 is a great set of over-ear headphones that will see audio engineers, musicians and content creators get the most kicks out of them. While the comfort and sound quality are the highlights, features such as the FitLok adjustment system and the ability to plug the audio cable into either earcup show RØDE’s attention to detail and the user experience, making the NTH-100 worthy of the price tag.

Review units supplied by the manufacturer 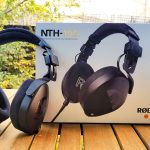 RØDE NTH-100 Review
Quality To The NTH Degree
RØDE’s first foray into the headphone market has been worth the wait, with the NTH-100 offering great comfort and even better sound quality that will appeal to creatives of all types.
The Good
Unique design offers excellent comfort
Sound quality is top-notch
FitLok adjustment system is great
Audio cable can be connected via either earcup
The Bad
Wired only may rule out some

RØDE NTH-100 Review
Quality To The NTH Degree
RØDE’s first foray into the headphone market has been worth the wait, with the NTH-100 offering great comfort and even better sound quality that will appeal to creatives of all types.
The Good
Unique design offers excellent comfort
Sound quality is top-notch
FitLok adjustment system is great
Audio cable can be connected via either earcup
The Bad
Wired only may rule out some
In this article:rode nth-100, RØDE, studio headphones

Camp Canyonwood Preview – Adventure Is Out There