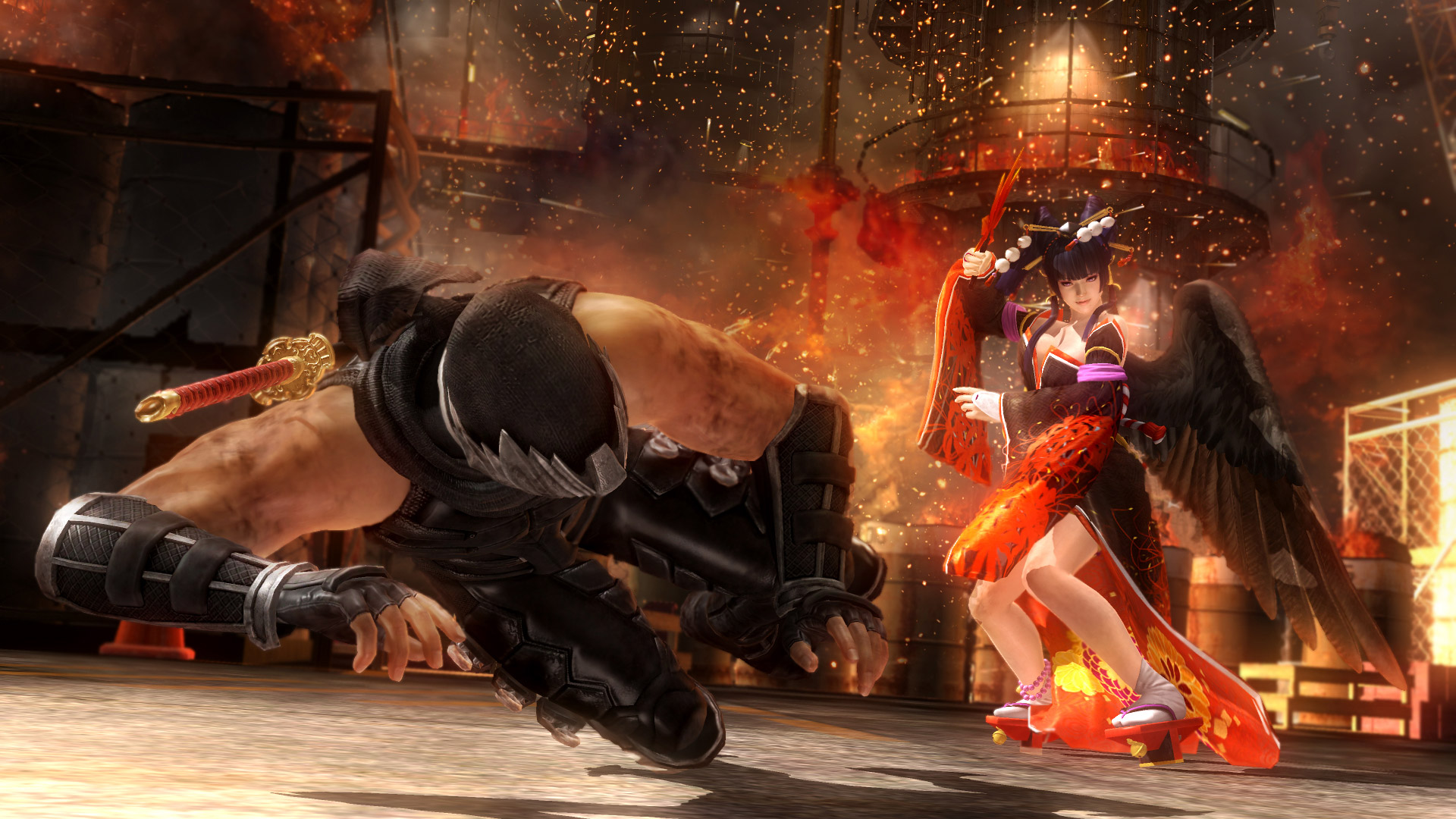 In anticipation of the upcoming launch of strategy epic Samurai Warriors 4 Empires on March 12th KOEI TECMO and Team Ninja are thrilled to announce a set of exciting new additions headed to DEAD OR ALIVE 5 Last Round this March! Fan-favouriteSamurai Warriors 4 character Naotora Ii joins the battle alongside the triumphant (and completely free) return of the Azuchi castle stage from DEAD OR ALIVE 3 on 17th March, and a brand new set of Samurai Warriors-inspired DLC costumes will become available for purchase on 29th March. Fans who purchased the game’s Season Pass 3 will automatically receive all of the Samurai Warriors-inspired content.

Dragged into a mysterious portal by-way-of a M.I.S.T. time-travelling experiment, the ruler of Japan’s Warring States era Ii Clan, Naotora Ii, emerges in present-day next to a competitor of the DEAD OR ALIVE fighting tournament. Given no other choice but to fight for her life, and keeping her family motto of ‘once on the battlefield, one must face the enemy head on’ in mind, a determined Naotora sets out to emerge victorious from this strange new challenge. Specialising in kick-based attacks, Naotora developed her signature ‘Ii Style Leg Strikes’ fighting style after serving under Yoshimoto Imagawa, who based his techniques on his mastery of the traditional Japanese ball game “kemari.” The quick and powerful strikes from her long legs make her a formidable rival to anyone who steps into the ring!

Naotora Ii will be available to download and fans can purchase her debut costume pack or alternatively as a bundle including new character Naotora Ii on 17th March  for DEAD OR ALIVE 5 Last Round on PlayStation 4 and Xbox One, and on March 29 for PC via Steam. To whet players’ appetites in the meantime, Team Ninja has shared a variety of images and screenshots of Naotora Ii in action.

March 17 will also see the release of a returning stage that players of DEAD OR ALIVE 5 Last Round can enjoy on PlayStation 4 and Xbox One free of charge. Not seen since DEAD OR ALIVE DIMENSIONS, the beautiful Azuchi stage makes its triumphant return looking better than ever! Dropping competitors into the great hall of Oda Nobunaga’s famous residence, players can break through the walls and continue brawling on its rooftops beneath a full moon. In this three-tier stage the fight can also lead to the ground, where a gorgeous cherry blossom tree overlooks the traditional building lit by torchlight.

Finally, on 29th March, Team Ninja will release a collection of outfits inspired by KOEI TECMO’s celebrated Samurai Warriors series for PlayStation 4, Xbox One, and PC via Steam.

For everything DEAD OR ALIVE 5 Last Round and more, stay tuned to Do You Even Game Bro?