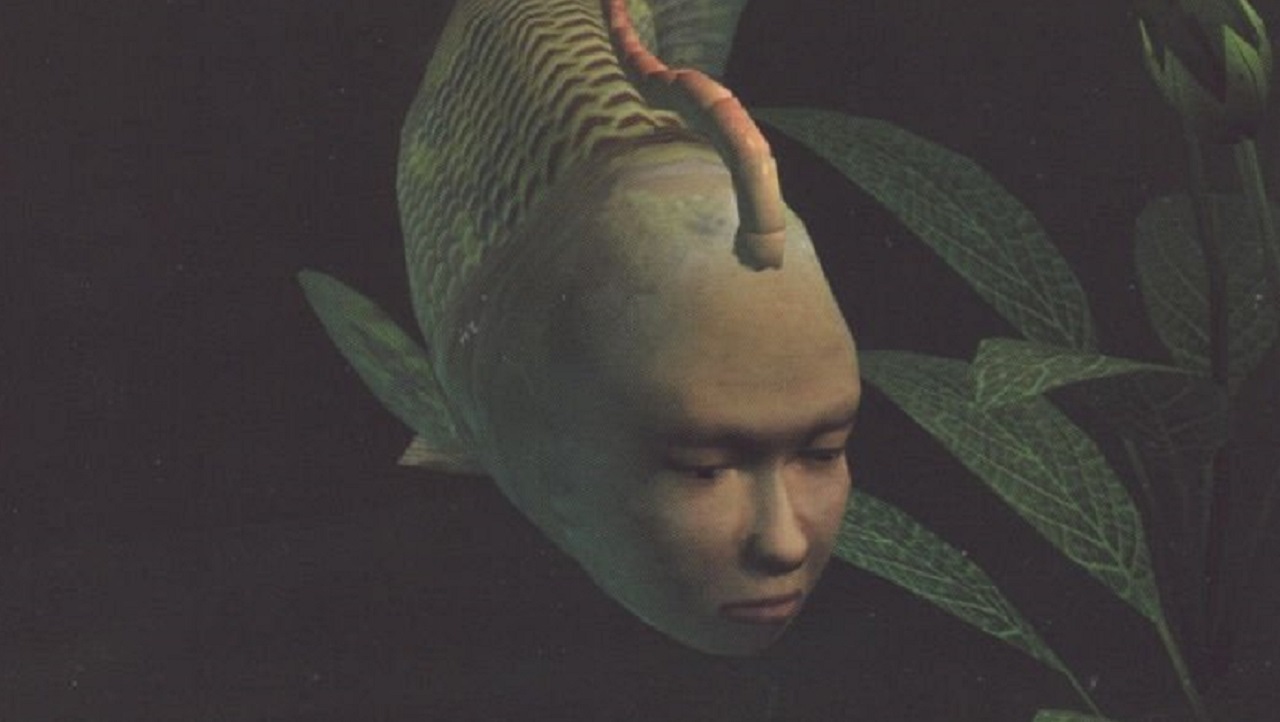 Its Saturn console had been a disaster – much owed to its botched release – and Sony had become the new big kid on the block. So when the Dreamcast rolled around in 1998-99, it fought an uphill battle. It would, of course, eventually lose its smackdown with the Gamecube, the PlayStation 2, and the Xbox newcomer, but that didn’t mean that it had nothing going for it.

Amongst its cavalcade of unique games and a very dated cross-promotion is Seaman, a 1999 aquarium simulator that had you taking care of the weirdest goddamn thing you’ve ever seen:

It was one of the only games to use the Dreamcast Microphone accessory, which you used to actually talk to your Seaman. He’d mostly ask you questions, which sometimes got pretty serious. Even today, the complexity of its AI and the sheer scale of its response capability is astounding.

You can check out excepts below, or read the full article with the link above.

On where the idea of Seaman came from:

I conceived the idea of Seaman at lunch one day. I was talking with a developer working with me on a new Tower [One of Saito’s other games]. We had multiple projects up and running, and one of the teams was working on a simulation game where you raised tropical fish in an aquarium. We were just joking around but I said, ‘If I was gonna make a game like this, I’d do something crazy!’ to which my co-worker responded, ‘Yeah, like what specifically?’ I felt like I was on the spot and had to say something quickly.

‘I’d have the camera face the user and have the pet speak in human words. Something like, ‘Who was that woman you brought here yesterday?’ A pet like that would be great.’ A different co-worker said, ‘That would be really strange,’ to which I said ‘Yeah, strange and great!’ Of course we couldn’t call it Sea Monkey… we have to call it Seaman! And that went on to be the project codename and final name of the actual game.

I only met one other person that could understand my base feeling and that is Nintendo’s Shigeru Miyamoto.

Miyamoto-san really likes strange and different concepts. So while Seaman was released on Dreamcast, behind the scenes we came very close to choosing to develop the game on the Nintendo 64DD. As a matter of fact, around the time Seaman was released on Nintendo’s rival hardware, the Dreamcast, Miyamoto-san was featured in a magazine wearing a Seaman shirt. Seaman was eventually released by Sega, but Miyamoto-san was an incredibly important person in the process of getting Seaman made, especially for someone like myself with very little console game experience.

On why the Dreamcast was chosen for Seaman after all:

It was the time when Sony was king and so I decided it would be interesting to be in the market leader from a lower position and joined Sega. Altering a prototype built on Mac to a new consumer hardware was quite challenging, but we were able to do it in about a year and a half. It’s thanks to all the hard work of the team back then that we were able to achieve this goal.

On why the Seaman himself is so damn strange:

The reason Seaman’s personality and background are so distinctive is because it contains my philosophical idea, not a specific message. At the beginning of the Seaman project, I firmly decided it would be the opposite of conventional games in three respects:

I was convinced that if I stayed true to these three aspects it would turn out completely different from any other game — something different, not often seen. This was my strategy and what I still strive to do, even now.

On the possibility of another sequel [Seaman 2 was launched on the PS2 in 2007]:

Seaman was a game where the planner wrote preexisting scenarios and people enjoyed how they played out.

Infinite conversation was impossible. So, I’m no longer interested in that project. The scenarios can only be increased by two or four times compared to the previous game. That’s why I started the Artificial Intelligence Laboratory to create an engine that keeps talking even without scenarios. If we can complete this engine, we’ll start developing a ‘Seaman with no end in scenario.’ The new thing will be the voice of the Seaman generated and spoken on the spot in real time, on the spot, not a prerecorded voice. This requires a lot of inventiveness, but right now, we’re just starting to see the light at the end of the tunnel.

On the Japanese language and its fickle nature:

Japanese is a very peculiar language in that it seems to have solid grammar, but actually it doesn’t. Well, actually it’s not right to say that it doesn’t. The Japanese grammar we learned in school textbooks is very much alienated from the Japanese we use in conversation, which is not a real grammar. This divergence and contradiction has been ignored for decades. There was no need to do something so costly such as affixing new grammar. In Japanese, there are two or three subjects. However, the SVOC style proposed by the United States after the war has come to be used. Linguists have long argued for this, but none of them, who stick to writing dissertations, have made an AI engine and attempted to prove their hypothesis is correct.

And now is the era of conversation engines. It may not have been necessary to redefine the grammar for schools, but it is necessary to logically redefine Japanese in order for a robot to speak. So that’s what we’ve been working on.