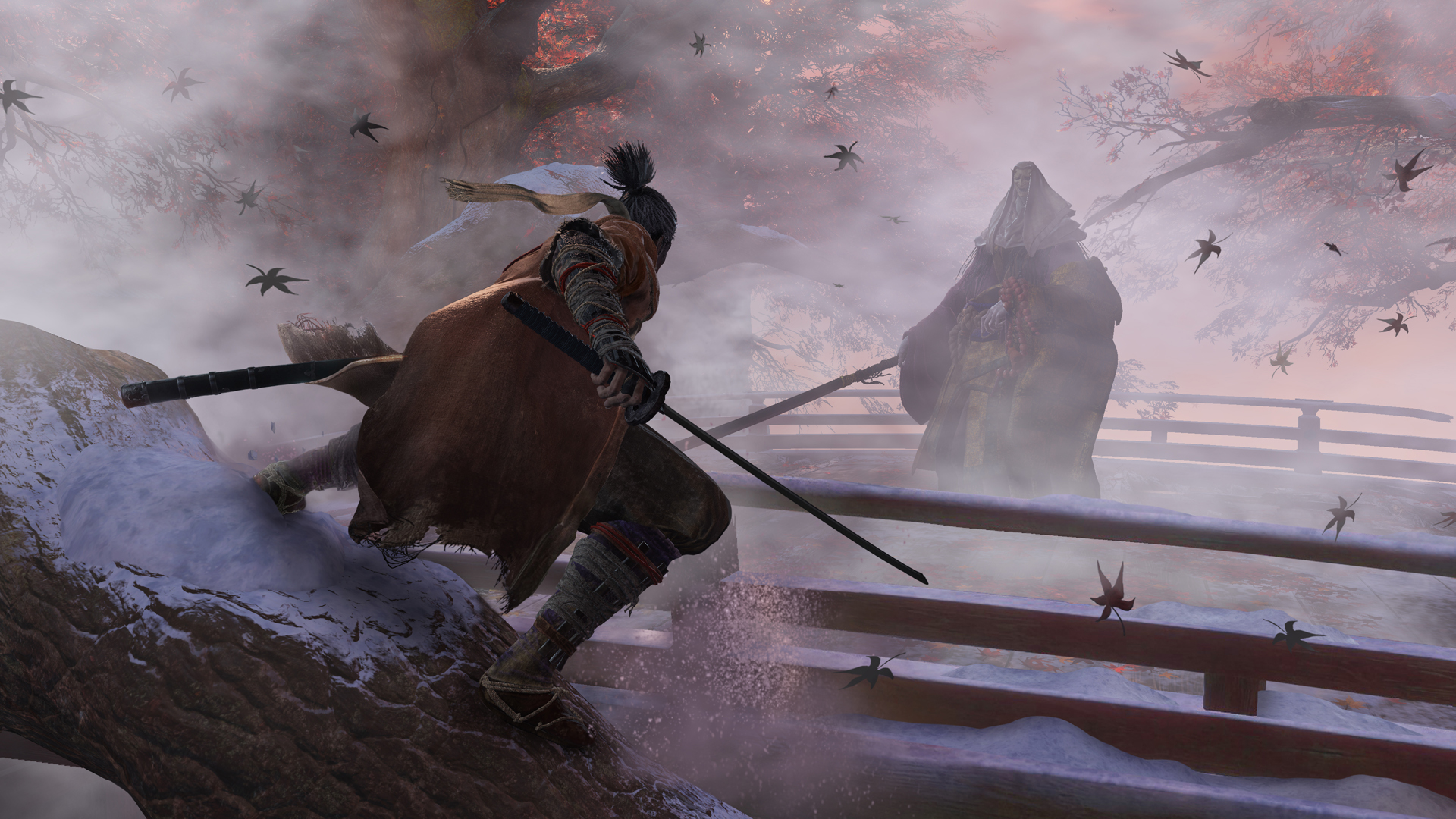 While many were keen to brave the hefty lines at PAX 2018 for AAA titles such as Kingdom Hearts 3, The Division 2 and Resident Evil 2, there was a lone station tucked into a corner of the Sony booth which wasn’t attracting nearly the same crowds, but was nevertheless one of my favourite things I played this year.

While FromSoftware is most renowned for the Souls series and Bloodborne, many will also remember their work on the Tenchu series (including Wrath of Heaven, my all-time favourite). So after many years of praying fervently to the gaming gods for a reboot, my inner Rikimaru is ninja flipping with joy after getting my hands on Sekiro: Shadows Die Twice. It plays like the lovechild of Bloodborne and Tenchu, and has all the hallmarks of a Miyazaki masterpiece in the making.

Playing as a one-armed shinobi, there is a strong emphasis on stealth, which immediately aligns itself more closely with the Tenchu games of yore more than the Soulsborne titles. Sneaking up on your average enemies allows you to deliver a brutal killing blow, and with a handy grappling hook you can also use verticality to your advantage. Having more fluid movement and a jump mechanic that doesn’t feel like you’re controlling a lead pancake is a welcome change to the stilted movement of FromSoft’s other hardcore hack and slash titles, and will likely open up new modes of exploration too. The grappling hook was also incorporated into the Corrupted Monk boss battle, with the player able to swing between the limbs of a huge blossom tree to escape her attacks.

While stealth will most definitely tip the scales in your favour, you will have to eventually tangle with armed foes directly. All enemies have a poise meter, which gradually fills as they are attacked or parried. When the meter is full you will immediately deliver a grisly coup de grace, however more powerful enemies will require you to fill their poise meter multiple times, and they’ll regain poise if you don’t keep up the assault. It’s a really interesting idea, and also divorces itself completely from the stamina system of the Soulsborne games. Essentially you can attack and dodge with reckless abandon, giving the game a much greater pace while still encouraging skilful and aggressive play.

Another departure from what we’ve seen previously from the Miyazaki gang is the lack of a standard light/heavy attack button. There is a basic melee attack, but the heavy attack has been replaced by a tool tied to your prosthetic arm. Tools such as a slow heavy axe which obliterates both shields and poise meters or a basic shuriken can be swapped on-the-fly, but have finite uses tied to a resource called White Spirit Emblems. These are found in the environment and are also dropped by enemies, and are further replenished to a certain extent when you rest at shrines (Sekiro’s version of bonfires/lanterns). During the demo they seemed to be incredibly abundant, so I’ll be interested to see how this mechanic is balanced. It’s easy to imagine that stronger tools will be made available that require more White Spirit Emblems per use, and I’m keen to see how these are integrated into general strategy and specific styles.

Another huge change to the hardcore hack and slash formula is the lack of traditional RPG elements. From what I could see, and from what’s been said about the game so far by the developers, Sekiro won’t have stats, weapon scaling or experience points. It’s a bold move in the current climate, where any and every game seems to feel compelled to introduce RPG elements, and has always been part of the Soulsborne DNA. So how will this tie into the game’s difficulty and sense of progression? To be honest, it’s hard to imagine a Miyazaki hardcore hack and slash without RPG elements, but it may be just the thing needed to liberate the gameplay and encourage a diverse approach to the action.

I already had my eye on Sekiro, but after getting my hands on it I’m even more intrigued. FromSoftware effectively birthed a sub-genre of action games with Demon Souls, and to see them radically depart from a core formula that they have iterated on and perfected over several titles is interesting indeed. The fact that the Tenchu vibe is also strong can only be a good thing, and while I continue to pray for a full reboot, Sekiro looks like the next best thing.

In this article:action, bloodborne, Dark Souls, FromSoftware, rikimaru and his strong opinions on the life of an ordinary woman, sekiro shadows die twice, Stealth, Tenchu, why would you eat rice off the ground?!