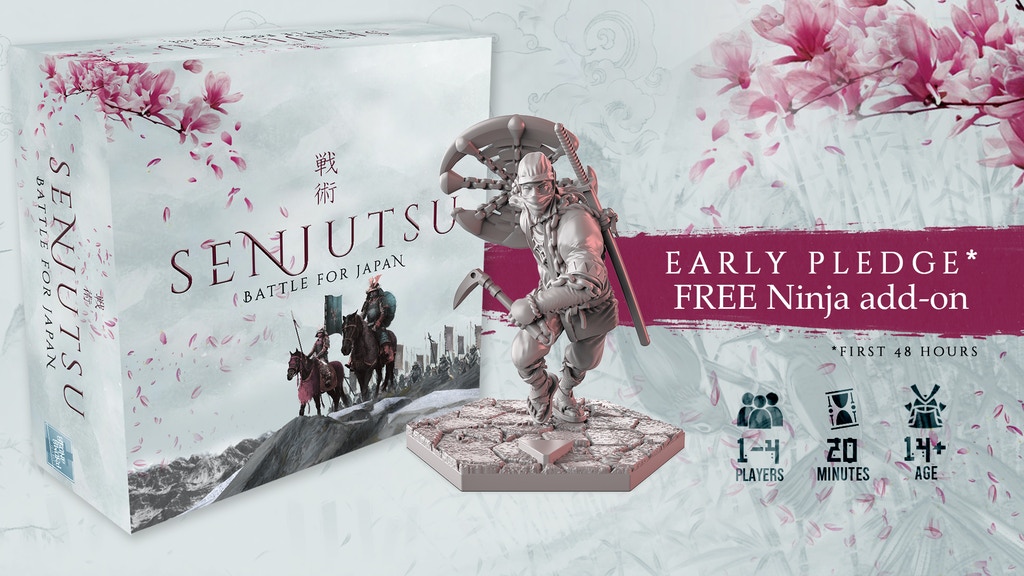 Things have been a little bit quiet on Kickstarter and Gamefound when it comes to tabletop gaming as of late. That’s not to say that they’re completely bare, but we’ve been seeing fewer big-ticket items throughout the last few months. So, with that in mind, I’d like to shine some light on an upcoming game or two that you can look forward to.

Designed by Stone Sword Games, Senjutsu: Battle For Japan is a one-four players skirmish game that’s set to launch on Kickstarter soon. This samurai-themed duelling game will have players unsheath their katanas as the Student, Master, Warrior or Ronin, as you attempt to cut down your opposition.

Each player will craft their own deck of 40 cards, consisting of Attacks, Blocks, Evasions and Meditations. There will be Core Ability cards that are available to all players, as well as role-specific cards that are tied to each samurai’s style of combat. Moving around a hex-based board, the aim of Senjustsu is to inflict five wounds to each other samurai to be the only players left standing.

Sounding like a Japanese-themed version of Unmatched, Senjustu is one to keep an eye on, especially with the Kickstarter set to launch soon. You can sign up for updates on the Kickstarter campaign HERE if this sounds like your kind of game. It’s worth noting as well that early backers will receive a free Ninja mini, so that may just twist your arm.

Are you a fan of deck-building games? Does Senjutsu sound fun to you? Let us know in the comments or on our social media.