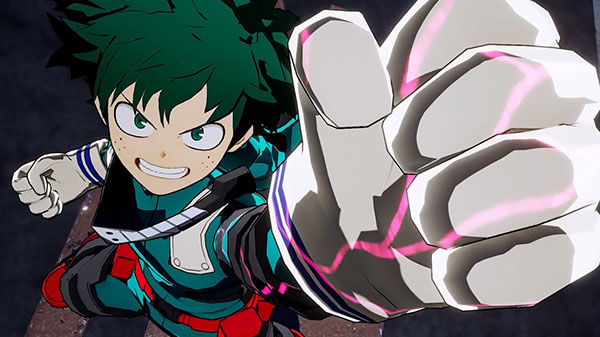 If your hanging for some My Hero Academia content in the lead up to the fourth season of the anime this October, then Bandai Namco have got you covered.

Via this weeks issue of Weekly Jump!, Bandai announced the sequel title My Hero One’s Justice 2 is coming to PS4, Switch and Xbox One. The announcement was spotted by twitter user, @Spytrue.

The gameplay will be adapted from the first game and will introduce a bunch of new playable characters, including some from the upcoming fourth season of the anime. One such character is villian Overhaul (a.k.a Kai Chisaki). There will be a notable upgrade in quirk abilities for characters in the upcoming title as well (Thanks Gematsu for translation of details).

There is no release date currently for MHOJ 2 or confirmation that the game will release outside of Japan but with the ever growing popularity of the series, a western release (even possibly with an English dub) is not out of the question.

To get yourself ready for MHOJ 2, check out our review for its older brother, My Hero One’s Justice here.