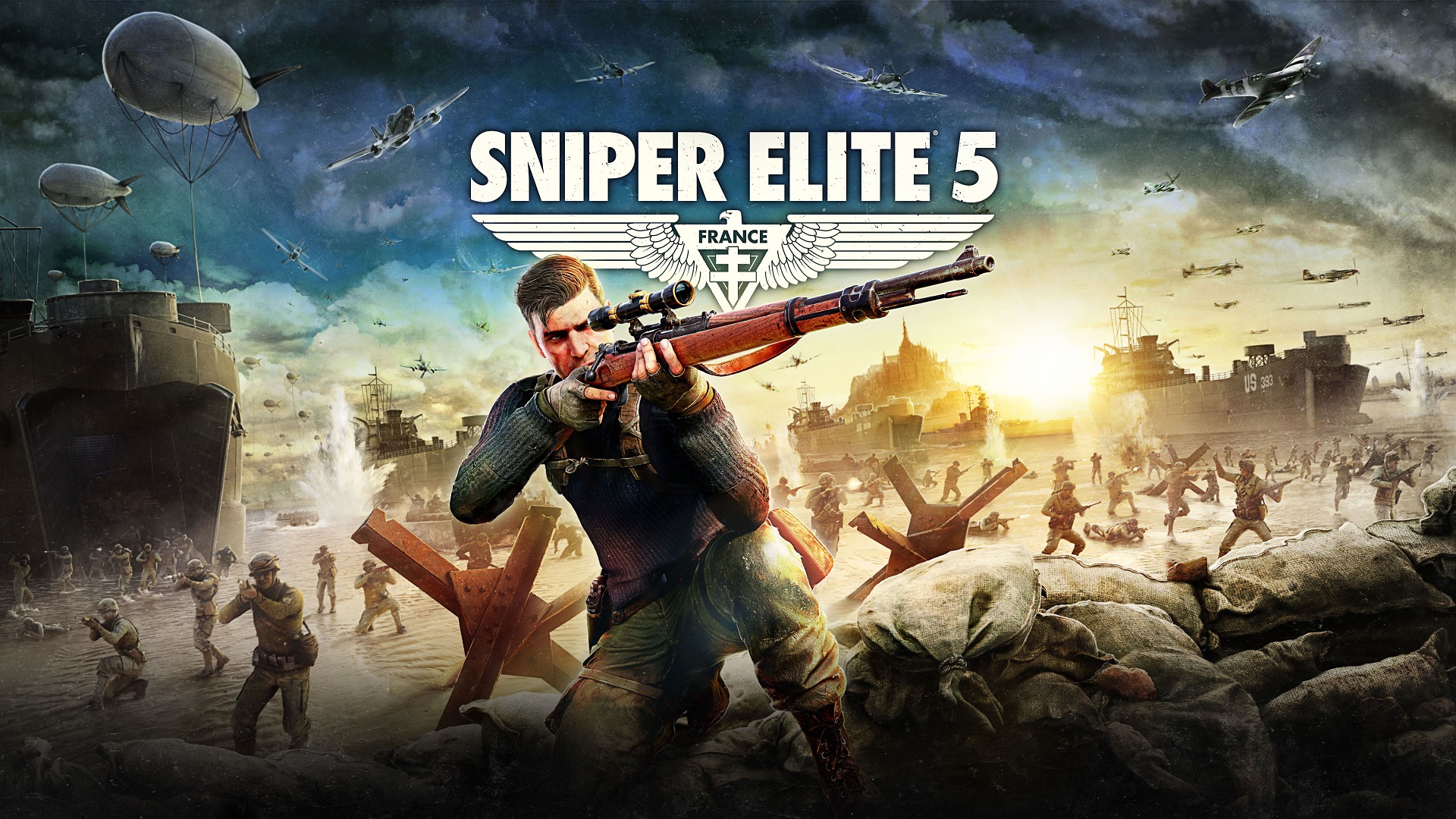 Sniper Elite 5 is the 2022 instalment of the long-running Sniper Elite series, a surprisingly stuffed franchise with its (technically) five Zombie Army spin-offs and a newly released crowdfunded board game adaptation. This fifth mainline entry is another of the sandbox, ‘hide in the patchy grass’ stealth-action shooters that invites broad approaches to objectives while tactically dispatching Nazis in alt-history World War 2. The bland white army man protagonist of the previous two titles Karl Fairburne returns, along with a burgeoning toolkit of traps and firearms for his surgical infiltration behind enemy lines to disrupt the nefarious sounding but rather silly Operation Kraken.

1944, France is the stage for the next invasion after North Africa and Italy failed for the German war machine. With little information to go on, Karl will comb through the French countryside in search of intel to uncover and foil Operation Kraken. Players will be weaving through towns and farms, avoiding or dispatching patrols with first-person sniping brutality that will please the Mortal Kombat gorefest crowd. The series’ now-infamous X-ray kills return in all their gruesome glory that won’t fail to satisfy the gore mongers among us – this time with extremely satisfying DualSense controls that add exciting tension to squeezing the adaptive triggers for the tightest of sharpshooting. A range of bullet types on offer means that players can easily load a chamber of armour piercing rounds and nail an elite Jager soldier through a concrete wall from over 150m away, complete with a slow-motion, close-up journey through the poor sod’s innards.

Exploration reveals new objectives, additional infiltration points for future replays, weapons, and modification tables. An unassuming barn on a French Hill might be a decent vantage point to clean a few Nazi teeth with your carbine toothbrush but is likely to also award players with intel collectibles that may open new optional side objectives.

Consider this your reminder to get checked, fellas

Experience is awarded for creative kills such as testicle shots and long-distance prostate examinations. The campaign can easily be switched between solo and co-op, with the additional bolted-on survival and competitive modes having their own respective progression systems and rewards.

Difficulty options are highly tweakable and should accommodate for most playstyles. Everything from friendly fire to respawns, bullet drop to enemy perception can be tweaked, with advanced menus breaking down all these options further. I opted to leave everything at a moderate challenge and not tweak anything, but the options remain impressive and will flatten a lot of friction that may arise for players that may not be veterans of the past two titles. Newbies may want to adjust enemy awareness, as these dastardly sausage-socialists have owl-like vision and will spot you scratching your forehead in a shrub 50 metres away.

An impressive arsenal of hardware is on offer with more unlocked via experience and finding weapon benches to customise your loadout. Players will take a rifle, automatic sidearm and a pistol into each mission. Each has an impressive number of customisable components that have an immediate effect on the handling of your weapons. These are very temperamental weapons and enemy hitboxes are tiny, so ensuring my machine guns had custom stocks and grips to control spray was far more preferable than unloading clips into everything but the dude firing at me.

One of the best weapon customisation menus out

Karl moves through the paddocks looking like a packhorse with all the weapons hanging off him but can only carry tiny amounts of ammo, and it is prudent to avoid alerting the Nazis and getting outgunned in a firefight. Instead, players can get hold of subsonic ammo for any weapons which arguably eases some of the stealthy tension. Within about 15 minutes, the game offers up ‘silent’ ammunition for your loud arse rifle. Foreshadowing much of the proceeding game, I then used my unmuzzled rifle to take out a Nazi on the road, and his friend 20 meters away doesn’t blink, despite the rifle still packing a boom.

There is also an underwhelming but welcome photo mode. Taking photos while my character was stealthed, the photo mode would keep a thick white silhouette to indicate he is hidden. Despite the various overlays and filters, it is far behind any comparable photo modes to appear in shooters of the past five years. The free-moving camera controls like shit and is on a very tight tether to the player’s location, meaning I couldn’t get good action shots in combat from any angle that wasn’t within 15 meters of my character. Not enough distance for a game about sniping!

Like Hitman, the best missions have you infiltrating a fortress-like location

For a game that looks, sounds, and plays like a mere incremental update on its solid predecessors, the laundry list of mild-to-aggravating bugs I encountered was disappointing. Sound effects wouldn’t play for certain explosives. Whenever enemies that were onscreen when a cutscene interrupted, they would disappear from my game, but their icons continued to patrol on my minimap. There were audio glitches that caused the music and effects to emit a high-frequency crackle – as disturbing as nails on a chalkboard. Some mission-specific items in my inventory wouldn’t activate without reloading the game state. Top this off with unresponsive controls that have stitched me up in multiple firefights, such as weapons no longer firing or reloading indefinitely until I restart, which had me storm off from the game in frustration.

Karl is supposed to be able to nimbly vault low obstacles and climb walls this time around, but this is so heavily contextualised as to often be useless. The larger maps that sprawl from coast to inland first appear to have numerous opportunities for how players plan their infiltration. Alas, the placement of treelines, barbed fences and detritus mean that zones are often cordoned off with obvious walls. Chest-high walls are the bane of Karl’s existence and don’t even try getting him to hop hedges that are deeper than a foot or a low wall on a slight incline. Too often will players find themselves in an orchard with objectives in six different directions to perform in any order, only to arrive at an objective and find their approach funnelled into an increasingly designed subzone with arbitrary obstacles that can hinder the Hitman-like creative options teased to the player courtesy of booby-trapping corpses or sabotaging machinery for distractions.

My reaction to most of this game’s kills

An amusingly godlike and inexplicable feature in Sniper Elite 5 is being able to get a concise but telling profile of an enemy or object by holding your binoculars over it. For a historical WW2 game with no supernatural elements on this side of Zombie Army, the Watch Dogs readout of their bio is hilarious. One stationary soldier was a background extra in the classic early 20th century silent sci-fi film, Metropolis.

Fans are in safe hands with Sniper Elite’s latest stealth sandbox. Rough edges and last-gen visuals and design leave this entry feeling slightly laggard in 2022, with the series needing to really shake up the formula. The mostly standout French levels and exceptionally tactical stealth action keep things just fresh enough for this fifth outing. You’ll be hard-pressed to find a more gruesomely rewarding assassination sim this side of Hitman but be prepared for a sprinkling of jank on your sniping escargot. 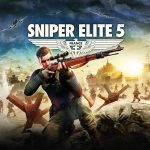