Back in June, Polish developer and publisher CI Games announced a sequel to 2019’s surprisingly good Sniper Ghost Warrior Contracts. While no details were given at the time of the game’s announcement, overnight the company has lifted the lid on what players can expect from the follow-up game.

Sniper Ghost Warrior Contracts 2 will be set in the modern-day Middle East along the Lebanese and Syrian borders, with the player taking on the role of the contract sniper assassin known as Reaper, who will have access to a host of new weapons and gadgets to take down more intelligent targets with. One of the series’ biggest complaints has been the lack of long-distance sniping, however CI Games has taken this feedback on board with maps for SGWC2 “hand-crafted to provide engaging and robust gameplay over extreme distances.”

The game’s first trailer gives players a taste of what’s to come, showing off a kill from over one kilometre away:

CI Games are still aiming for a 2020 release, with SGWC2 set to launch on PS4, PC and both Xbox One and Xbox Series X based on the game’s Xbox box art. 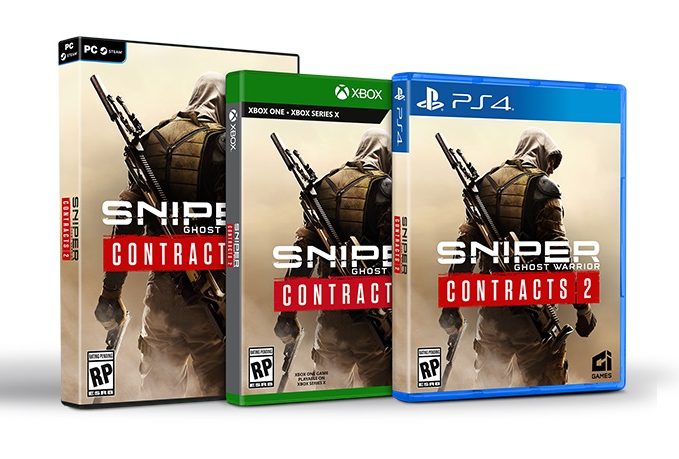 Major Sniper Ghost Warrior 3 Patch Arrives For Xbox One; PS4 To Follow Next Week
May 20, 2017

DOOM Eternal Gets A Release Date For The Switch

All it takes is one breathtaking entry