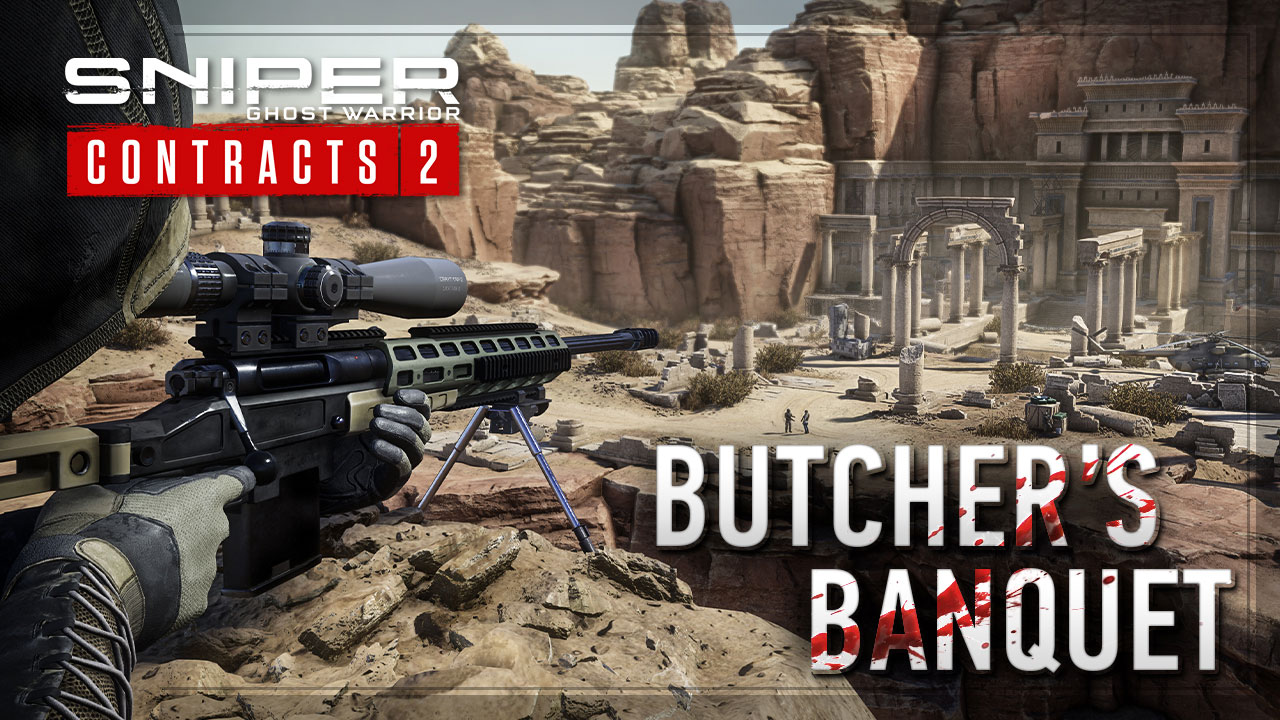 Weighing in at 10.55GB (on Xbox platforms at least), The Butcher’s Banquet DLC introduces players and Raven to a brand new desert region in Kuamar that contains new targets, as well as side objectives and plenty of heads to penetrate from distance.

Following the events of SGWC2, new threats have surfaced in Kuamar, none more dangerous than Mahmoud Zarza, known as ‘The Butcher’, and it is once again up to Raven to liberate Kuamar from sinister types the only way he knows how to.

I reviewed SGWC2 back in June, and as a fan of the series I found that the long-range sniping and level design elevated the series to new heights, scoring it an 8.5. You can check out the DLC trailer below.

Sniper Ghost Warrior Contracts 2 is available now on PS4, Xbox Series X&S, Xbox One and PC, with a PS5 release set for August 25.