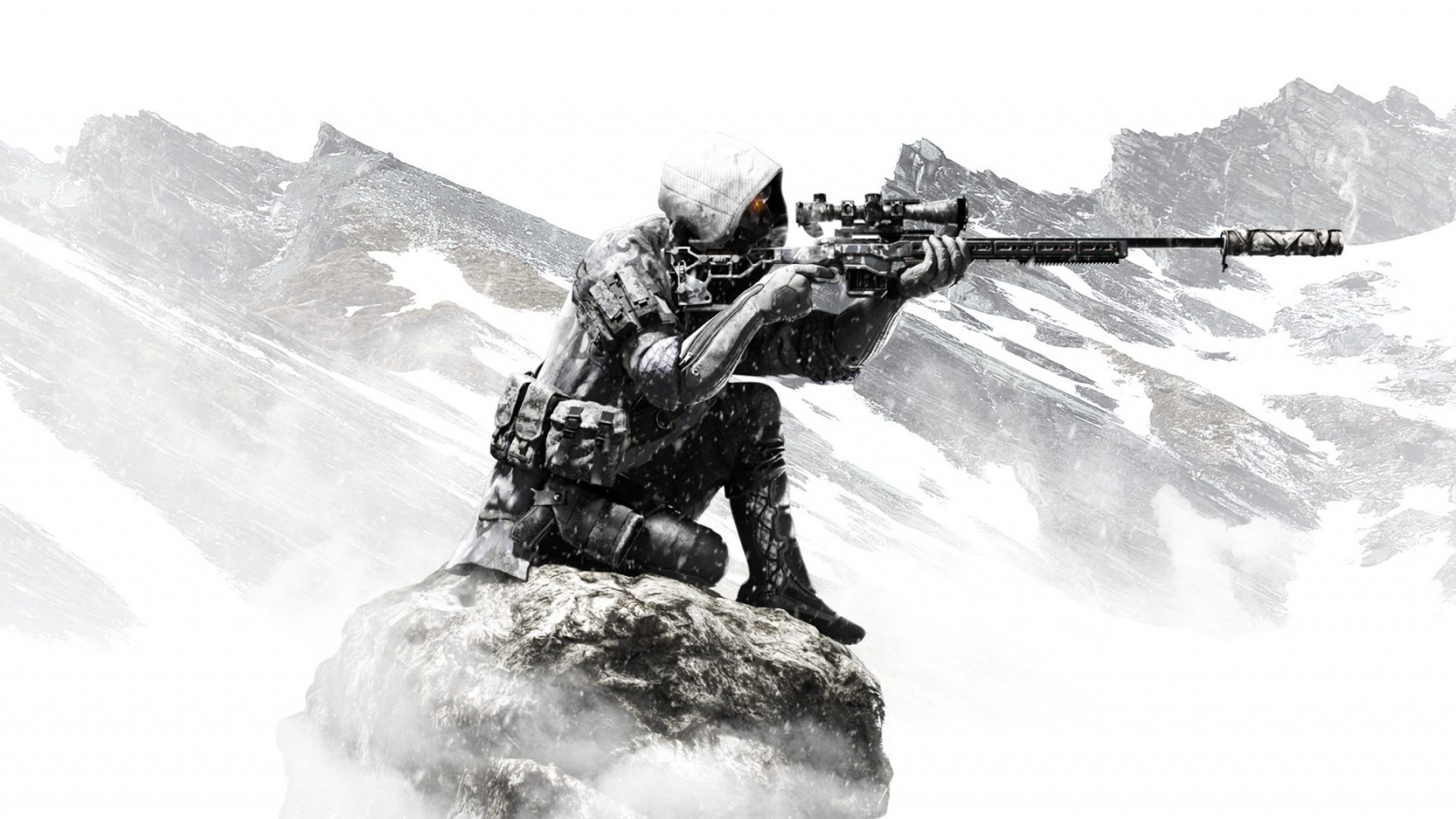 We’ve all got our own guilty pleasures, and when it comes to video games the Sniper Ghost Warrior series is easily one of mine. It’s a series whose continued existence may be somewhat of an enigma to some, but the reality is that CI Games’ shooter has carved out a loyal fanbase across its three entries. Sniper Ghost Warrior 3 attempted to take the series to the next level with a large open world that had all the trimmings of a AAA experience. However while the endeavour was admirable, the execution didn’t quite hit the required level, forcing CI Games to revaluate the series’ future.

Enter Sniper Ghost Warrior Contracts (SGWC), a spinoff/soft reboot that strips the series back to focus on what it does best: sniping. It’s a move that pays dividends too, with Contracts allowing players to revel in tense and tactical gameplay that delivers the series’ best entry yet.

I snipe with my orange eye

At its core, Contracts is about putting bullets in the heads of enemies from long-range with a big gun. However, building up to the moment where you can deliver the coup de grâce is all about meticulous planning – you are a super sniper after all. Scouting and surveying the environment as well as your enemies is paramount to missions going as smoothly as possible; one mistake and an entire garrison of enemies could be onto you.

There’s a story tacked on which gives the player some context as to why they’re murdering the number of people they’re asked to. All you really need to know is that you’re a gun for hire known as The Seeker, and your new employer, The Handler, has tasked you with taking down some of the Siberian Republic’s most dangerous figures – all of whom have ties to the corrupt Siberian Government. It’s hardly revolutionary, but the story isn’t really why you play a Sniper Ghost Warrior game.

The game’s 25 contracts play out on one of five expansive open sandboxes, with each contract requiring you to complete a list of directives such as steal hidden camera footage or sabotage a train full of nuclear warheads, as well as eliminating someone of importance before you can move on to the next one. While the objectives are fairly stock-standard there are a couple of interesting ones that make you wish CI Games maybe explored this element a little more. One directive in particular required me to assassinate a eugenics doctor, however given my antics in earlier missions (read: killing everyone), the doctor hired a body double as an extra level of security and killing the doppelganger would alert the real doctor (and every armed soldier in the vicinity) to my presence. Supposedly you could discover the identity of the real doctor by searching for intel, but my cover was blown so I did the honourable thing and killed them both anyway.

Contracts’ gameplay thrives when you take your time and tactically execute your plan of attack, and there’s nothing more satisfying than quietly taking out an entire enemy post one by one. Some objectives took me hours to complete as I tried to Sam Fisher my way to victory, and the longer these sequences were drawn out the tenser they felt. However it is very hard to stealth an entire contract, and more often than not I was exposed and had to deal with enemies aware of my presence. Let it be known that this is not an easy game (there are three difficulty options), and once you’ve been spotted it is very common to be killed in action whether via an enemy soldier or turret. Additionally, the enemy AI can be quite dumb at times – in fact they’re more likely to spot you from farther away than up close.

You can attempt to go in guns blazing, but picking off your targets from distance is where the gunplay really shines thanks to the series’ revamped sniper mechanics. Utilising a new Dynamic Reticle System, players must account for distance, height, wind and bullet drop – do all this right and you’ll be treated to a delicious visceral bullet cam, dismemberment and all. It’s worth noting that this can be turned off or its frequency lessened if it becomes annoying, although I never got sick of seeing my bullet pierce the skull of enemies. Mastering the new system will take a little trial and error, but once you got into the swing of things you’ll be popping headshots like you’re John Wick. Moreover, your sniper rifle, while being your primary weapon, can also be used to lure and tag enemies thanks to a variety of ammo types. There’s also armour piercing ammo that will help put down heavy armoured adversaries. Once you have completed your assignment you will need to exfiltrate, which if you’ve cleared the decks in an area should be fairly easy with a number of exfiltration points scattered across the map. However, if you’ve stealthed your way in getting out the same way can be a challenge.

The other unique element to Contracts is your sniper mask, which allows you to tag enemies, see how far away they are, as well as to detect areas and items of interest, such as explosive items and ideal sniper spots. The mask’s abilities can be upgraded, allowing you to auto-tag enemies within a certain radius and more. While these abilities may seem rather common for a video game, it does provide a nice context as to why your character has these extra abilities.

The Dynamic Reticle System makes sniping more rewarding than ever

Completing contracts will boost your coffers, giving you the funds to purchase and upgrade weapons, as well as buy skills and gadgets to help you become the ultimate assassin. However, not everything can be acquired with cash only, with some of the higher-level weapons, gadgets and upgrades requiring additional currency earned from completing contracts and challenges, as well as finding collectibles.

One of the boons with Contracts’ sandbox design is that it lends itself to replayability, as contracts can be completed a number of different ways. This is complemented by each contract having its own set of challenges that a player can complete for rewards. Furthermore, there are a number of bounties that will activate during missions, giving you extra spending money upon completion.

Achieved with CryEngine, the game’s environments all look gorgeous – from the idyllic tundras to the snow-capped mountains of the Siberian Republic. A lack of enhancements for the PS4 Pro and the Xbox One X does mean that some textures aren’t as sharp as they could be, but that’s being nit-picky in the scheme of things. I can’t however sing the same praises for the technical performance, with frame rate stutters, glitches and crashes all being a nuisance at times. Thankfully I only had one instance of a bug that forced a contract restart, losing a couple of hours progress. I’m sure these issues will be addressed in patches over time, but again it’s a sign of the modern times we’re in where games launch with a few issues.

The Siberian wilderness is gorgeous

CI Games may have finally found what suits the series the best, with Sniper Ghost Warrior Contracts providing some of the tensest and most enjoyable gameplay I have played this year. There’s just something about meticulously building up to the right moment to take out your target that elicits a desire in me to be the best sniper I can be. With multiplayer still to come in a free update in December, I’m excited to see where the Contracts system can take the series moving forward. 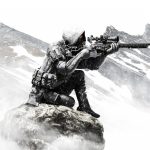 Sniper Ghost Warrior Contracts Review
Hitting The Spot
Sniper Ghost Warrior Contracts’ refined gameplay delivers not only the best entry in the series but the best sniping experience to date.
The Good
Tense and tactical gameplay
Sniping mechanics are the best in the business
Contracts system suits perfectly
Good amount of replayability
Siberia is gorgeous
The Bad
Performance issues
Some bugs and glitches
AI can be a bit nuff
8
Get Around It

Sniper Ghost Warrior Contracts Review
Hitting The Spot
Sniper Ghost Warrior Contracts’ refined gameplay delivers not only the best entry in the series but the best sniping experience to date.
The Good
Tense and tactical gameplay
Sniping mechanics are the best in the business
Contracts system suits perfectly
Good amount of replayability
Siberia is gorgeous
The Bad
Performance issues
Some bugs and glitches
AI can be a bit nuff
8
Get Around It
In this article:CI Games, sniper ghost warrior, sniper ghost warrior contracts, this isn't sniper elite, zach jackson reviews