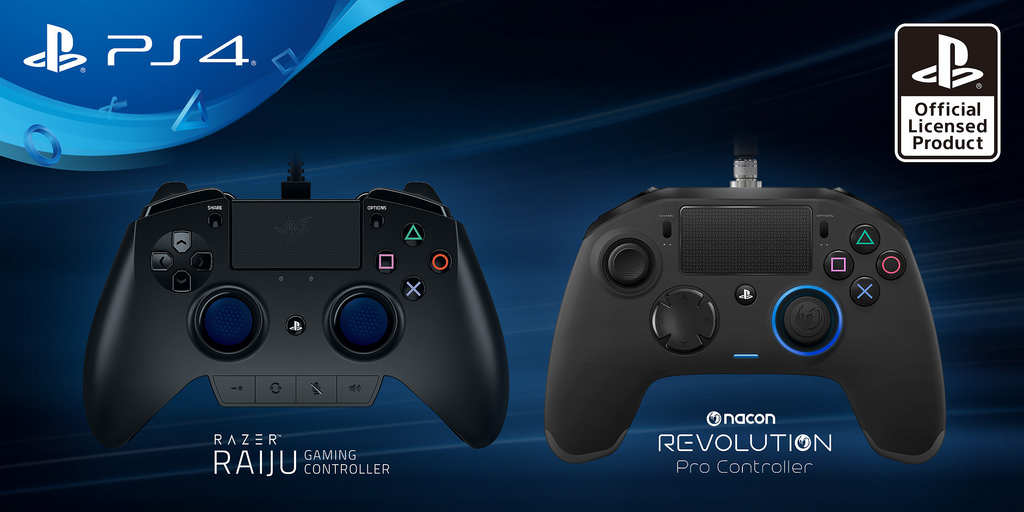 Earlier today Sony announced two officially licenced pro controllers for the PlayStation 4. Sony invited two heavyweights of eSports peripheral design, Razer and Nacon to come up with a dedicated controller for the competitive gaming scene. Revealed were the Razer Raiju and Nacon Revolution controllers and my first thought was they look exactly like an Xbox controller. Each of the controllers had their specs detailed and are as follows:

So far the reception has been fairly negative with gamers comparing these new controllers to the Xbox Elite controller. A lot of the criticism is being leveled at the lack of Bluetooth connectivity but with the interference this causes in the competitive scene it’s no wonder they are wired. It seems to me that people love to complain and they’re missing the point: these controllers are designed for use in the competitive scene and not as a replacement for the DS controller.