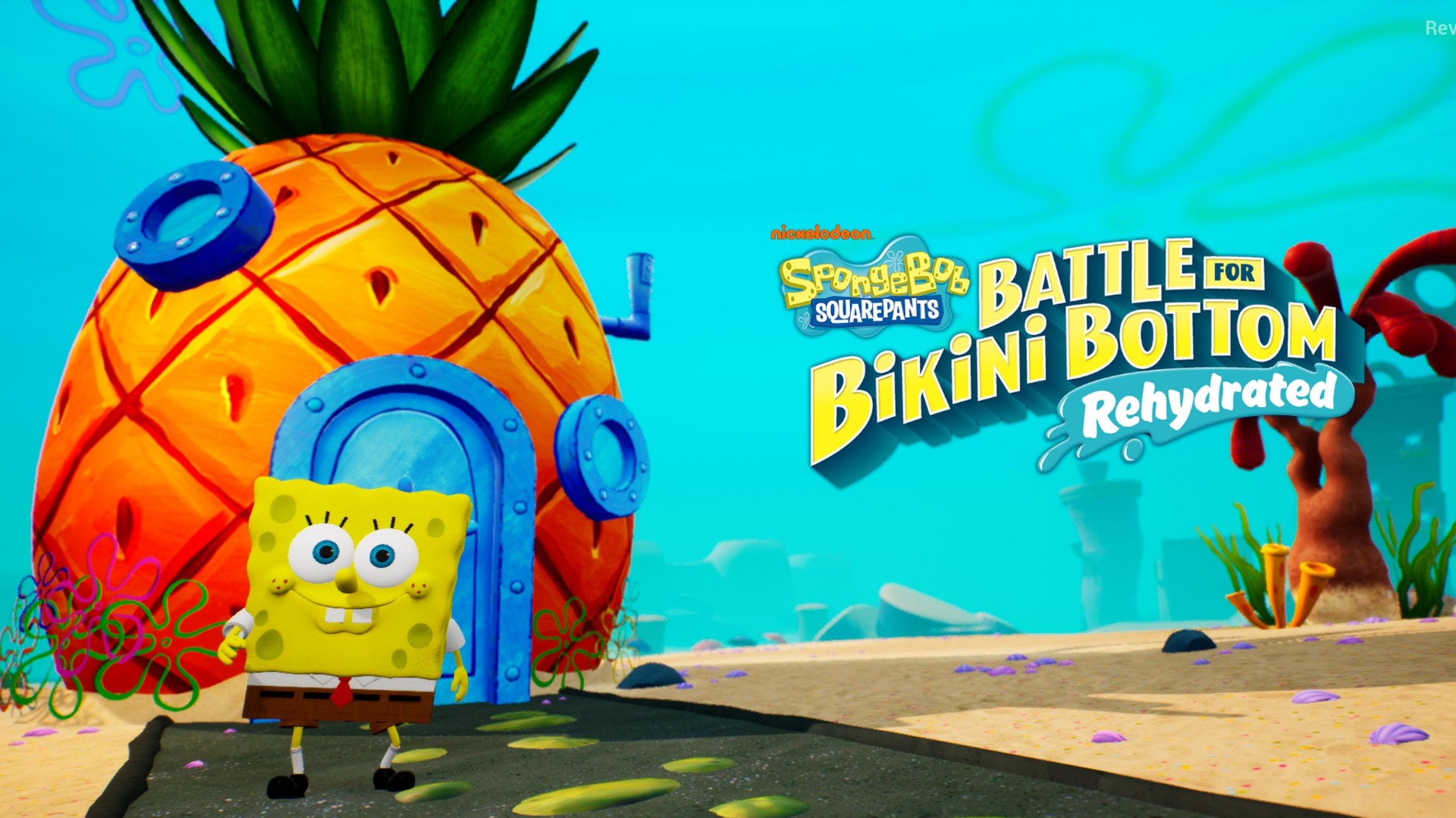 Phwoar, old mates THQ Nordic sure love a bit of a bloody remaster, don’t they? The IP-hungry Austrian publisher certainly isn’t lacking in original releases, but there’s no denying they’re flipping fan-favourite classics like burger patties lately. While underappreciated gems like Red Faction Guerilla and Destroy All Humans! make a lot of sense, there are also some choices that have seemingly come out of left field. SpongeBob SquarePants: Battle for Bikini Bottom for instance, a game which myself and countless others I know played and loved back on the PlayStation 2/Xbox/Gamecube, but as far as I know had very little reason to stage a comeback. Here we are though, with the Rehydrated edition of the game, a ground-up ‘re-make-ster’ that I ain’t mad about at all.

If you’re too young, too old or too boring to have played Battle for Bikini Bottom originally, here’s the gist – series villain and second-rate fast food restaurateur, Plankton, has created an army of evil robots to help him steal the secret Krabby Patty formula. Things quickly go belly-up though, when he realises that he left the switch that controls his mechanical menagerie set to ‘Don’t Obey’. And so along come SpongeBob and Patrick who, under the impression that they’d wished the robots into existence the day before, agree to help Plankton get things under control again and save the day. What ensues is an eight-to-ten-hour adventure that takes the pair, and Sandy Cheeks, on an adventure through familiar locations all across Bikini Bottom to smack down those angry automatons and collect a butt-ton of stuff along the way.

There’s something about a collectathon platformer that just scratches all the right itches for me, and though it’s sad that the genre’s glory days are behind us it’s also not hard to see why. Tastes have changed and games have grown to be more nuanced than ‘go here and just pick up shiny things until you have enough to go somewhere else’. So if we can’t have our fill of new ones, at least we have remasters of classic collectathons to keep the flame burning. Battle for Bikini Bottom is decidedly a product of 2003, and Rehydrated does nothing to hide that fact. This is a straight up re-release of the original game, with a host of notable updates of course, but still very much a PS2-era 3D platformer. Again, definitely not mad.

The most obvious improvement in Rehydrated is its top-to-bottom Unreal Engine-powered visual makeover. Though it’s still very much on the simplistic side of things thanks to the source material, it’s a massive upgrade over the original with a strong aesthetic that comes off as wholly modern. There’s some great texture work at play, Environmental detail has had a huge boost, with lush vegetation and plenty of lighting and particle effects. Character models are slick, faithful to the show and animated wonderfully. It’s an impressive effort, and even goes above and beyond with new sight gags aplenty. Why does SpongeBob have something like 20 unique idle animations? I don’t know and I don’t care, it’s fantastic.

It’s unfortunate that the audio side of things hasn’t had quite the same treatment, though. There’s nothing inherently wrong, it’s mostly the exact same audio as the original game, but a lot of that hasn’t aged well. Character voice-overs are solid thanks to most of the original cast being involved (Mr Krabs and Mermaid Man stick out as the only major absentees), but the quality of the recordings isn’t always great and the mix tends to be quite loud. The game’s music has been remastered and sounds great, though again the mix is off and feels quiet so I’d recommend knocking dialogue and effects down a few pegs in the settings menu to accommodate.

Similarly to the audiovisual treatment, gameplay improvements in Rehydrated are less about reinventing the wheel as they are about making it… wheel… better. Purple Lamp Studios has produced something that’s incredibly faithful while also feeling markedly better to play. While it’s been some time since playing the original, everything controls just the way I remember, but with a raft of small fixes to environmental interactions and physics that make it a much more fluid experience. I did come across a disappointing issue though, where changing characters in a level (which is something you’ll be doing often) caused my camera inversion setting to reset, meaning I had to pause and change it back. Every. Single. Time.

Oh, and Rehydrated also features a brand-new multiplayer mode that can be played on the couch or online. I’m gonna save you some time before you decide to check it out though – it sucks, don’t bother.

Though it could be argued that Battle for Bikini Bottom Rehydrated is one of this generation’s least-necessary remasters, it’s a remarkably welcome one that still holds water (get it? like a sponge). If you’ve a tendency towards collectathons you’ll feel completely in your element here, and if you’re a parent it’s a great platformer to introduce to a new wave of gamers. 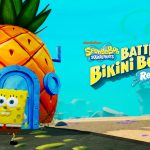