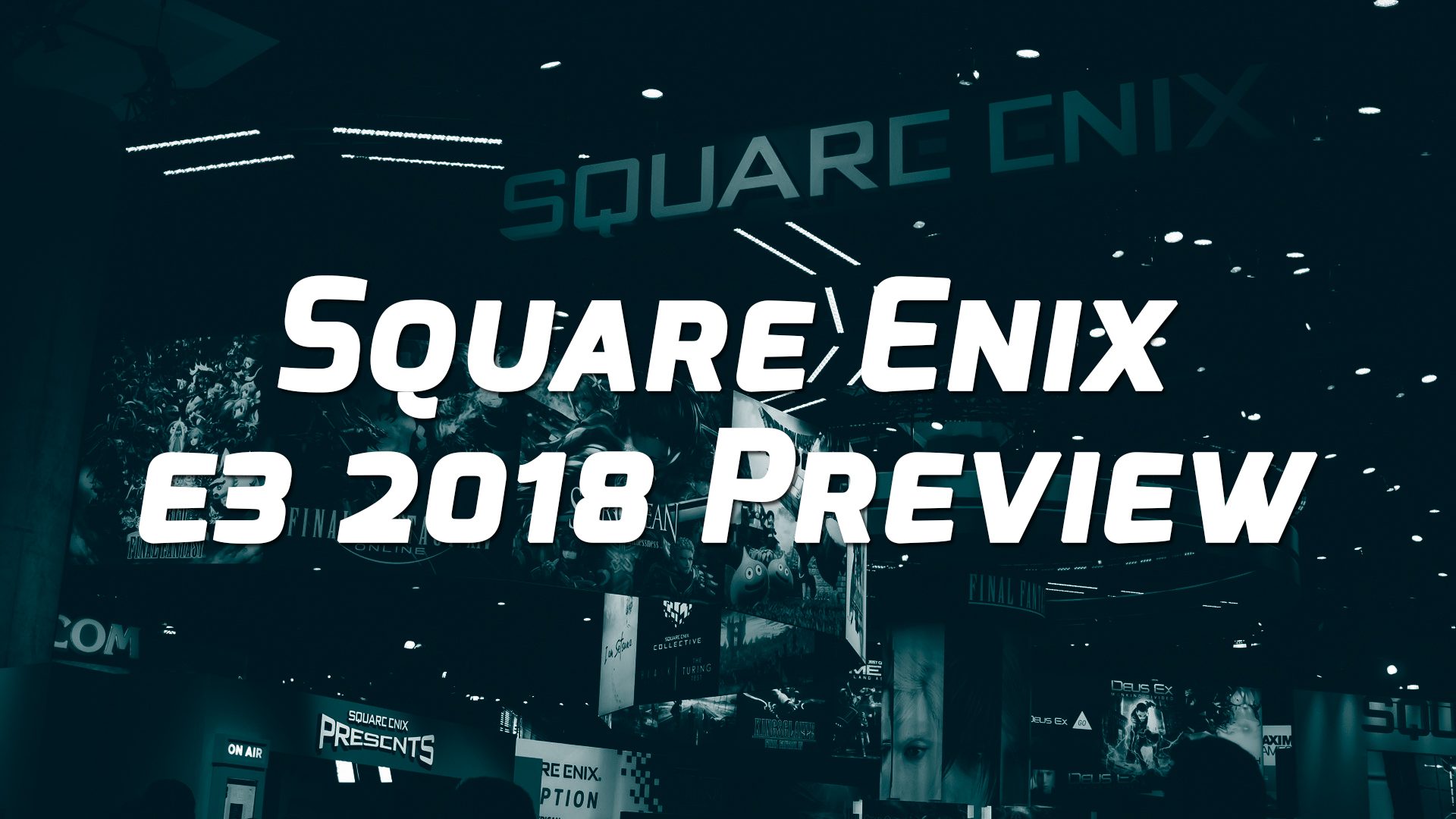 In this preview we take a look at publisher Square Enix, who are bringing their E3 2018 showcase to Los Angeles with a “video presentation” that will no doubt be similar to their Nintendo Direct-esque “Square Enix Presents” events from previous years. Still, the company’s overall presence at E3 this year should be a big one, with a number of high profile releases from both their Japanese and Western studios slated for the rest of 2018 and beyond.

Failing that, I’m sure many of our readers (and my fellow writers) would agree that the world deserves more NieR. After the huge critical success of NieR Automata, and the fact that Square Enix saw fit to produce that sequel despite the original NieR Replicant’s firmly underground status, there’s a decent argument to have Yoko Taro keep pumping out his masterpieces of game design. Hell, a brand new IP from Yoko-san would be just as good.

What the world really needs right now though is a new Sleeping Dogs game. The original was a pleasant surprise on last-gen consoles, and even scored a re-release for current platforms. An online multiplayer game based on the franchise titled Triad Wars was in development before being canned in late 2015 and developer United Front Games has since shut down, so it’s a long shot to be sure. Still, it would make for one hell of an E3 surprise.

Remember those Walmart Canada leaks? The ones that outed Rage 2 right before its official announcement? Provided they weren’t an elaborate setup by Bethesda to stoke the fires for its impending reveal, those same leaks also mentioned a little game called Just Cause 4. It makes sense that Square Enix would choose to continue the fairly successful open-world action franchise, though it begs the question as to who would develop it with Avalanche hard at work on… well, Rage 2.

When it comes to games from Square’s Japanese studios, rumours have been swirling lately around a potential Final Fantasy XIII trilogy remaster. It might not make a lot of sense to bring what are arguably some of the worst Final Fantasy games to new consoles while fans are still crying out for their precious remake of FFVII, but it definitely seems like something that could happen.

What would an E3 with Square Enix be without some good old franchise spin-offs, though? In the past we’ve had the likes of Monster of the Deep: Final Fantasy XV for the PSVR and Dragon Quest Builders announced at the publisher’s presentations, so what’s next? If I had to guess, I’d say a new Theatrythm Final Fantasy game for the Nintendo Switch or a free-to-play mobile version of the Final Fantasy Trading Card Game are about due by now.

Of course, we can draw the heaviest conclusions about this year’s Square Enix E3 presser from the fairly exciting lineup of games coming in the near future. Shadow of the Tomb Raider is a big focus for the publisher right now, having recently (officially) announced the game for release in September this year. So far all we’ve seen is a CG cinematic trailer, so no doubt there’ll be a debut gameplay showing at the event.

Kingdom Hearts 3 is another title with a lot of buzz right now that will definitely be a big feature at E3 2018. In recent weeks, members of the media and social influencers were invited to get hands-on with the game for the first time which bodes well for the game still (hopefully) releasing this year. We’ll almost certainly see a concrete release date for the game during the presentation, and potentially the reveal of some more worlds in-game. Oh, and can anyone say Collector’s Edition unveiling?

There are a bunch of other titles that should make an appearance this year from the publisher, things like Dragon Quest XI, Dragon Quest Builders 2, Octopath Traveller and Life is Strange 2 are all heavily-anticipated releases that we expect to see. One game that will surely see a prominent showing is the upcoming Avengers game, of which we know practically nothing. Square Enix did recently file a trademark for something called Outriders, though – which is either a nod to the race of creatures that Avengers supervillain Thanos controls, or something to do with the publishers unannounced game in development at People Can Fly Studios. Or both?

Also, yes, Final Fantasy VII Remake will be there. Whether it’s an all-in showing of actual gameplay footage and concrete release info or an exasperated apology for the protracted release due to behind-the-scenes drama is an equal possibility, though. Guess we’ll find out soon enough!

What do you think Square Enix will show at E3 2018? Anything you think we’ve missed or that you agree with? Let us know in the comments below.