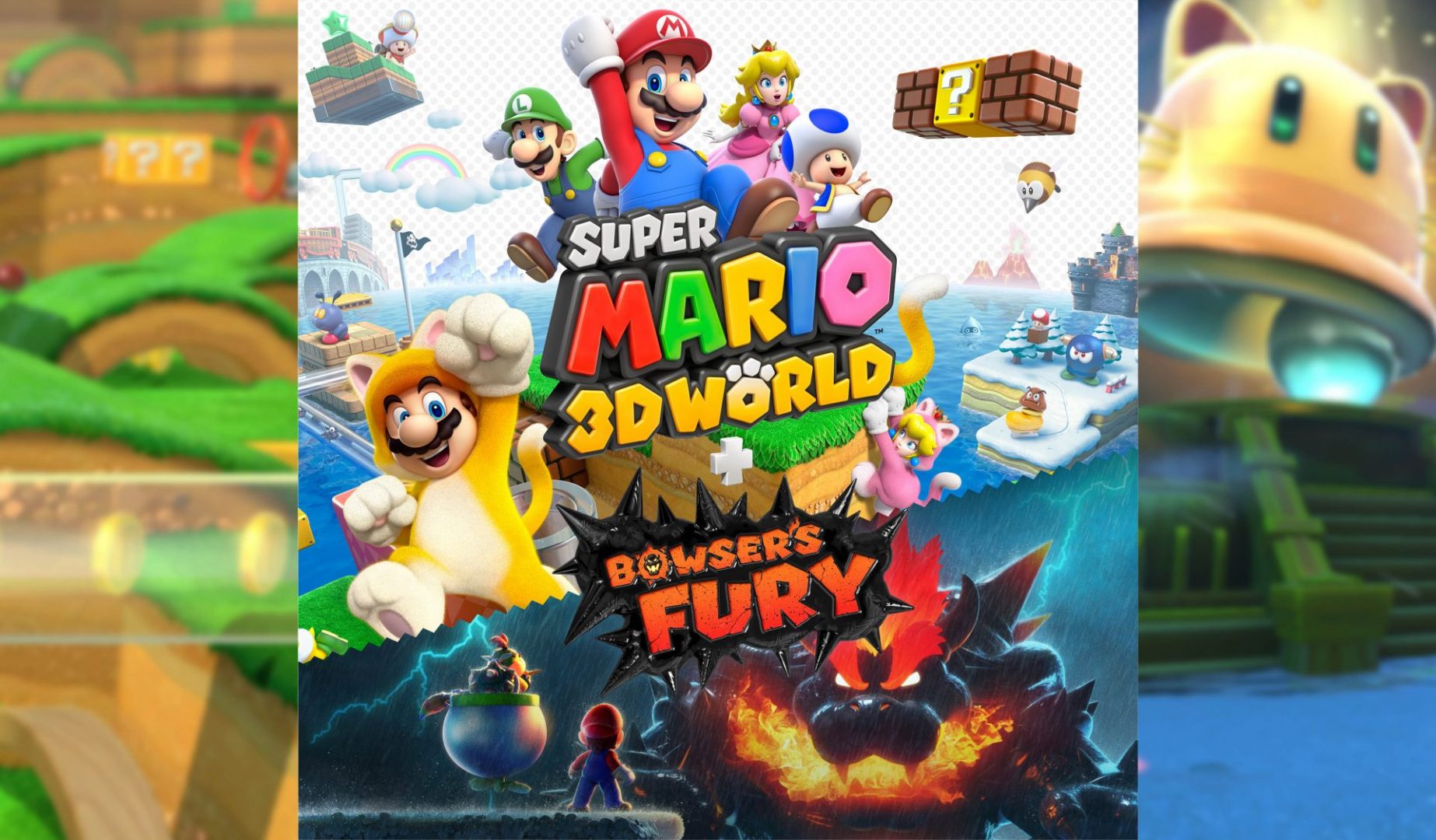 Every Super Mario fan is bound to have their own favourite entry in the long-running, behemoth franchise, for one reason or another. But whether you harbour nostalgia for the classic 2D side-scrollers, the revolutionary early 3D entries or the undiluted joy of the likes of Galaxy and Odyssey, it’s hard to deny that Super Mario 3D World is up there with the best of them. Nintendo took a good thing with the 3DS’s Super Mario 3D Land and worked it into one of the most creative, refined and superbly playable platforming experiences ever. There was just one issue – the WiiU. No matter how good a console’s library of software is, it’s crucial that people actually own the system to play it on, and unfortunately that means that not nearly enough people got to experience the wonder of 3D World. Until now, that is.

Super Mario 3D World + Bowser’s Fury brings the game to the Nintendo Switch, a platform with a much larger audience, where it finally has the chance to shine. It’s more than a simple port though, bringing a handful of important updates as well as a whole new game mode – but we’ll get to that in a bit.

I’ve been playing Super Mario 3D World + Bowser’s Fury for a little while now, and while we’re limited to what we can talk about ahead of the game’s review embargo, I think it goes without saying that the Super Mario 3D World portion of the package plays largely the same as it ever has. Playing through the first four worlds was a matter of pure muscle memory – like the first I tried one of those Shake Weight things – although a slight increase in movement speed took some getting used to at first. I don’t quite remember having any issues with how fast Mario and friends moved in the original release but they feel just a touch quicker in the Switch version, which I can only assume is a tweak that Nintendo felt needed to happen in the re-release. That hasn’t affected the game’s trademark tight-as-hell platforming and memorable level designs though, at least so far.

3D World’s first four worlds include some of my all-time favourite Mario levels, like Beep Block Highway, Mount Must Dash and Shadow-Play Alley, and they’re all as good as I remember. On a personal level though, this also marks the first time I’ve been able to play any of these levels in multiplayer co-op, thanks in large part to the portability of the Switch. I wasn’t able to test one of the biggest new additions, full online multiplayer, but I’ll hopefully have a little of that under my belt ahead of our full review. This might be obvious to anyone who did play the game with friends back when, but it truly shines as a multiplayer experience. It’s a touch chaotic at first, perhaps depending on who you’re playing with, but the mix of tight level design and each character’s unique movesets feels just right, plus the chase for that sweet crown at the end of each stage is a hoot. It’s interesting that even the Captain Toad levels include multiplayer now as well – I gave the first two a go and found that it didn’t add much beside making them slightly easier – but it’s nice that the option is there.

Of course the real star of this new package isn’t Mario, it’s Bowser. The Bowser’s Fury component of this re-release’s new title marks an entirely new game seemingly built in the same engine and included alongside 3D World as a separate entity. This free-roaming adventure sees Bowser Jr enlist Mario to aid him in quelling an unnatural rage in his old man by collecting Cat Shines scattered across the pseudo-open-world of Lake Lapcat and transforming into a kaiju-sized Cat Mario to lay the beatdown on Bowser, who pops up at regular intervals to interrupt your progress and wreak havoc.

While we’re again restricted in what we can say prior to our full review, Bowser’s Fury is already showing itself to be a ridiculously cool bit of additional content. It plays like a happy medium between 3D World and Super Mario Odyssey, deftly translating the former’s mechanics and concepts into a fully-3D platforming experience. Each of Lake Lapcat’s islands, which are slowly uncovered as you progress, play out almost like miniature 3D Mario levels with their own objectives that unfold in the same staggered style pioneered by Super Mario 64. It’s a real treat to play and poke at the world, uncovering secrets and overcoming obstacles inspired by the base Super Mario 3D World. Bowser Jr is a great assistant too, bopping enemies on the head with his paintbrush and uncovering hidden tags with bonus items, either as an AI player or with play-along co-op reminiscent of Cappy in Odyssey.

One concern so far, specific to Bowser’s Fury, is that of performance. While 3D World rockets along at a solid 60fps on both TV and handheld, the new game is a different story. On TV it’s mostly good news – maintaining that same high framerate for the most part, only dipping when big boi Bowser turns up and things get hectic with extra enemies, objects and effects on screen. On handheld though the whole thing runs closer to 30fps and dips further when Bowser shows, sometimes slowing to an unwieldy crawl at very inopportune times, which is a little disappointing to see. Just as much as Bowser’s Fury feels like a refreshing bit of experimentation for Nintendo, it’s also uncharacteristically marred by disappointing performance – and that’s only in the first little section.

There’s still plenty more for me to see and do in both halves of Super Mario 3D World + Bowser’s Fury’s total package, but it’s already feeling like another win for both returning fans and the Nintendo curious who may not have had access to a WiiU the first time around. Bowser’s Fury also has the potential to make a case for purchase all on its own, being a wholly separate and fresh-feeling Mario experience. I can already see myself pushing potential punters toward playing this one exclusively on TV though, where both the local multiplayer can shine and the Bowser’s Fury mode can be played in the best possible state.