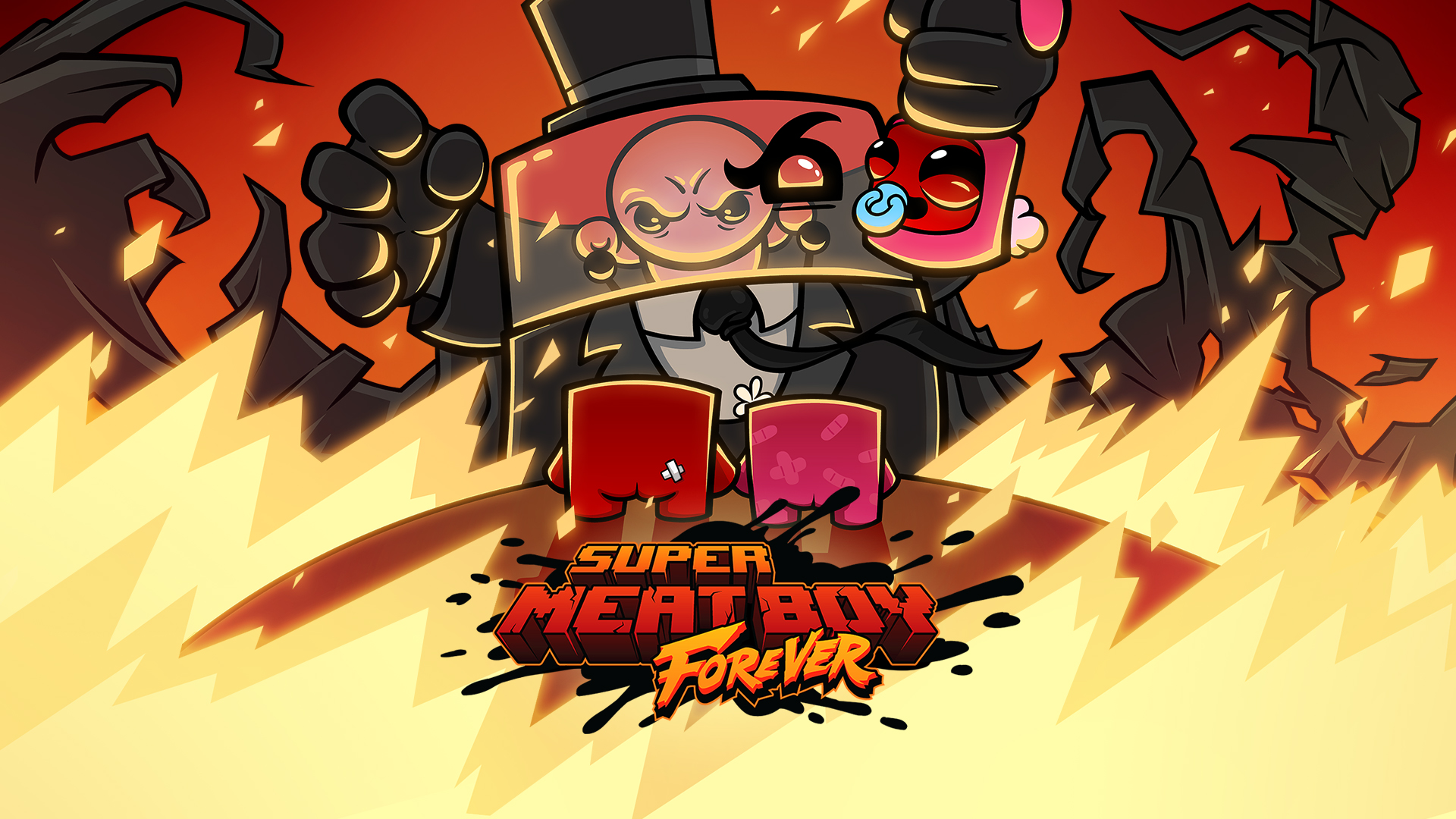 When Super Meat Boy released back in 2010, it quickly established itself as a quintessential indie platformer. Releasing in the era of Xbox Live Arcade alongside other indie forefathers such as Braid, Castle Crashers, and Limbo, Super Meat Boy wowed with difficult yet rewarding platforming gameplay and excellent level design. Despite its success, a sequel would not see the light of day until humanity’s favourite year 2020, in the form of Super Meat Boy Forever. While the characters and world feel familiar, the gameplay didn’t get the memo, with Meat Boy’s free flowing platforming replaced with a constantly moving autorunner. Even though there is still some fun to be had, Super Meat Boy Forever’s desire to be different results in a game that lacks a lot of what made the original so revered.

The narrative kicks off with Meat Boy and Bandage Girl having a wholesome picnic with their adorable daughter Nugget. Despite minding their own business. Dr. Fetus appears and kidnaps Nugget, forcing Meat Boy and Bandage Girl to set off to find and defeat the familiar foe. This is essentially the story of Super Meat Boy Forever, with the journey chronicled in numerous ridiculously well animated cutscenes. The same humour and charm of the characters and world at large is on display in Super Meat Boy Forever, with plenty of middle fingers, violence and destruction. The highlight of Super Meat Boy’s cutscenes is arguably the sub plot that is playing alongside the quest for Nugget. It sees the woodlands critters that so often get maimed by Dr. Fetus and his contraptions join together to try and take him down, with a Big Boss-esque looking Squirrel leading them. The core narrative is still fun of course, but having what is basically a Metal Gear Solid fan fiction taking place alongside it makes it all the more enjoyable.

Speaking of enjoyable, I could find myself using that word to describe the gameplay of Super Meat Boy Forever in some instances, but more often than not it is also accompanied with a fair amount of annoyance and frustration. Unlike the original Super Meat Boy, Super Meat Boy Forever is an autorunner. Meat Boy or any of the playable characters you choose to run with is almost constantly on the move, running helplessly at either the left or right of screen depending on what obstacle you have recently propelled them off. You are tasked with jumping and making your way through a myriad of different levels, avoiding pitfalls, enemies and the multitude of buzzsaws and other hazards that threaten to mince you up. Unlike the first game where Meat Boy is merely equipped with a jump, you can now perform a handy punch move that can be used to hit enemies or simply propel you forward at a slightly faster pace. Characters also have a dive move that can be used in the air to quickly reach ground or on the ground to narrowly slide under an obstacle such as a buzzsaw.

If you enjoy what Super Meat Boy Forever brings to the table, you’ll have plenty of content to sift through. There are six worlds each with six to seven levels to run through. Each world also has a Dark World, meaning an additional bunch of levels that serve as harder versions of the Light World levels. If you want to get an A+ rank on a level you must complete it within a given time, while the highly coveted S ranks can be achieved by completing the level in that time without dying at all. There are also pacifiers that spawn in some levels that serve as collectibles that can be used to unlock additional playable characters. Overall, Super Meat Boy Forever offers plenty of challenging content that evokes the ‘one more try’ sort of vibe, and despite my grievances that we will get to shortly, I still had plenty of fun and found myself addicted to S ranking levels and unlocking new characters.

Despite its gameplay additions and tweaks, it does still feel somewhat reminiscent of the original, but the fondness and love for what the original game offered is ultimately what makes Super Meat Boy Forever feel like a weaker experience.

Replacing the fluid controls of the original with a restrictive and often frustrating autorunning gameplay style is a mistake that I simply don’t understand. It never quite feels right and the numerous deaths you get when you slightly miscue a jump that results in you walking off screen to your death feels like a kick in the balls more than anything, whereas deaths in Super Meat Boy usually felt like they were your fault.

Another big issue with Super Meat Boy Forever is the randomly generated levels. Levels are created by considering the skill level of the player and building the level using components designed by the dev team. Undoubtedly a novel concept that sounds cool, but it unfortunately results in levels that kind of feel cobbled together. Levels aren’t terrible by any stretch, but they are literally random chunks placed together that lack that artisanal flavour.

Playing Super Meat Boy Forever is like dating someone despite still being hopelessly in love with your ex. It does a good job of keeping you happy, but at the same time all it does is remind you of better times and who you’d rather spend your time with. The cutscenes and visual aesthetic overall are fantastic, and the autorunning gameplay and randomly generated levels are fine, but the lack of control over Meat Boy and the largely uninspired levels see it never get close to the heights of the original. As an autorunning platformer it still does a good job and will provide you with challenges for as long as you are interested, but it just isn’t what a Super Meat Boy game should be. If you are a fan of Super Meat Boy or autorunning platformers I still suggest you give the game a try, but don’t expect to be blown away. Now if you’ll excuse me, I’m going to play through Super Meat Boy for the umpteenth time. 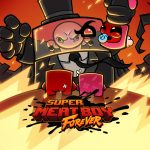 Super Meat Boy Forever Review
Super Different
Super Meat Boy Forever is a sequel not afraid to shake things up, but in doing so it fails to capture much of what made the original so amazing
The Good
Fun narrative
Beautiful cutscenes
Plenty to do
The Bad
Autorunning gameplay is finicky
Level design quality is lacking
Makes me want to play the original instead
7
Good
In this article:2D, autorunner, Bandage Girl, Dr. Fetus, Dylan Blereau, indie, indie game, Nugget, pc, platformer, Super Meat Boy, super meat boy forever, switch, Team Meat