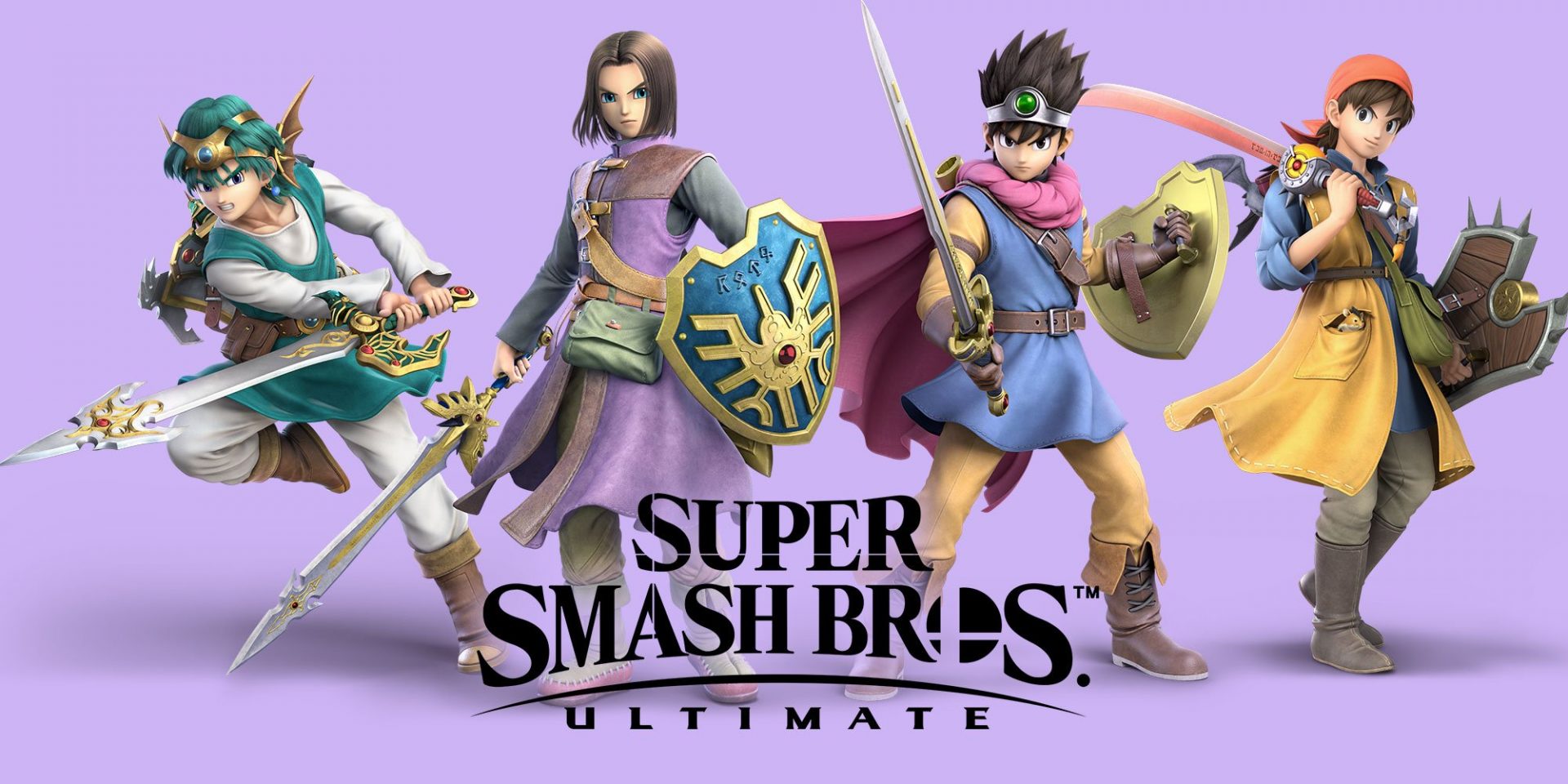 Sakurai Masahiro presented all of the details of the Dragon Quest Hero DLC for Super Smash Bros. Ultimate in a live stream tonight, including the announcement that the DLC would be releasing July 30. Today! The wait is over. Sakurai showed off the complexity of the Hero character who has the most moves of any Smash character. The accompanying stage looks awesome and the DLC includes eight music tracks from the series. We get to watch Sakurai show off the new character with some live gameplay.

It was also announced that another batch of Mii costumes would be releasing today as well, including a super cute jiggly slime hat. Dragon Quest related spirits are also being added to Spirit Mode.

Version 4.0 is also out today which adds a ‘Final Smash Meter Time Limit’ feature meaning you cant hold onto a full smash meter forever, a new spectate mode as well as online tourneys. It was also announced that special event tourneys would be held from time to time.

Check out the stream below: