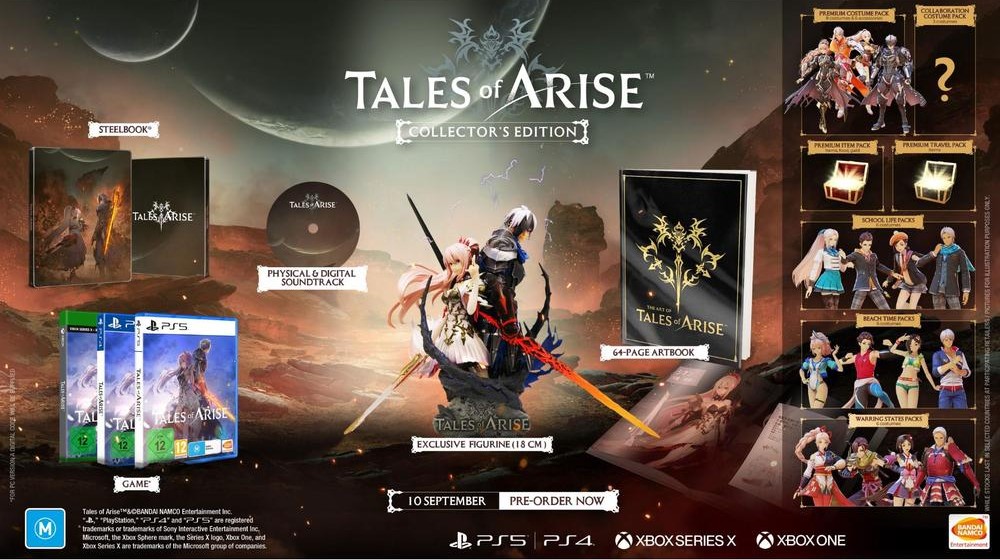 After being ‘indefinitely delayed’ into this year, Bandai Namco’s Tales of Arise, the latest in the long-running JRPG franchise, has finally been blessed with a solid release date.

Not only that, but we now know that the game will be coming to nu-gen platforms alongside the last generation with both 60FPS and 4K visual options. The game will now release on September 10, 2021 in the West across PS5, PS4, Xbox Series X/S, Xbox One and PC.

Also revealed is the Tales of Arise Collector’s Edition, pictured below, which is available to pre-order as of now for a cool $399AUD.

So far we’ve only seen the edition available at JB HiFi, which you can find here.