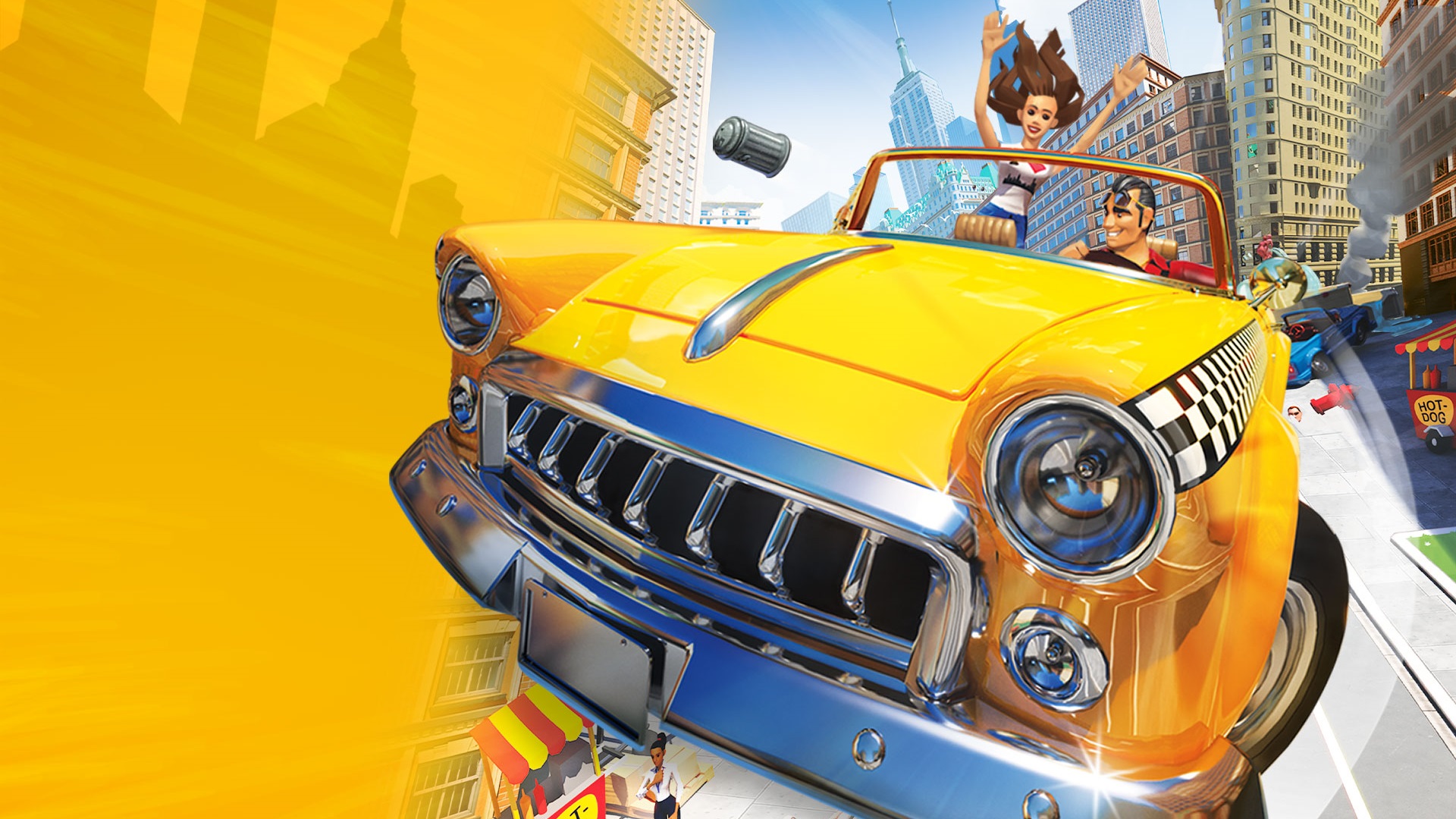 There’s a lot of detail that goes into art. No matter how closely you copy a painting or recite a joke, the end result can never truly match the original. A painting isn’t just a series of strokes on a canvas with a wet brush; it’s a series of inspirations that have come together by the hand of the human being that stored them in their crowded mind. No two painters paint the same, and you’ll never be able to tell a comedian’s funny joke better than they can…just differently. That doesn’t stop people from trying, including you. It’s okay. Your secret is safe with me.

Taxi Chaos is an imperfect copy of a classic arcade game, and not much else. 1999’s Crazy Taxi was a tremendous smash hit in arcades and as a Dreamcast title – a perfect time capsule too – becoming a generally well-remembered game. Even as its sequels gradually lost their edge (and taxis as we knew them started going extinct), the original kept chugging along. There’s even still a Crazy Taxi cabinet within driving distance that I can go to whenever I want! I’ll probably go back. Maybe not.

But you wouldn’t know of Crazy Taxi’s tremendous staying power by playing Taxi Chaos. Where the former florished, the latter flounders. Where Crazy Taxi had that late 90s cuh-razy, Taxi Chaos has the look and feel of a modern day budget title. There are crumbs of chaos scattered about the place, but the loaf is nowhere to be seen. Even if I did find the loaf, it’s probably moldy by now. There’s so little of value in Taxi Chaos to talk about but there’s also so much rubbish to unpack, like a ZIP file that contains Jordan Peterson’s bibliography.

Comparisons to an art’s inspirations may beat a dead horse to within an inch of its undeath, but the way that Taxi Chaos wears its inspiration on its sleeve makes it almost impossible not to. Why not take up a cricket bat and see how long you can cave in that horse’s ribcage before it reanimates and murders you? With that quick disclaimer out of the way, I can get stuck into the swing of things.

Crazy Taxi’s San Francisco-inspired map was a rollercoaster. Plow through a park, turn between trams, and then get fully sick airtime in a single journey. The variety in the original arcade map (and the Dreamcast-exclusive one) perfectly complimented the souped-up speeds and the turnt-up tricks you were pulling off. Taxi Chaos’ map, on the other hand, is a mostly flat grid – itself inspired by New York City – that is somehow difficult to navigate. Shortcuts are discovered and utilised on a basis of luck and using your car’s bounce ability to get onto the city’s rooftop landscape makes the game comically easier. By the way, the bounce is from 2001’s Crazy Taxi 2. Applause for discipline, I suppose.

Crazy Taxi’s scoring system handsomely rewarded tricky plays and high combos, but never made starting either very hard at all. In Taxi Chaos, combos are secondary to survival. You’re given such little time from a successful job that it’s not uncommon for your entire play to just be a single ride. Taxi Chaos’ combos are heavily reliant on the aforementioned bounce ability, which makes even the highest of combos feel unearned. You’d better be breathing on the cars you’re getting that near-miss combo from, too, or it’s game over. It’s your little brother’s turn next. He has Twisties dust on his fingers.

Apart from the timed and traditional Arcade mode, Taxi Chaos has the expected Free Roam mode – essentially letting you faff about for as long as you’d like – and the Pro mode. Pro mode is harder, but it is only recommended for the most patient of souls. The Arcade mode, with all its flaws and lack of flow, has its barely-functioning (but still sorely missed) navigation mechanics removed. If you’d wished that the game’s unintuitive minimap and jittery nav-arrow were gone altogether, you can boot up Pro mode, put the Monkey’s Paw back in your closet where it belongs, and think about what you’ve done to deserve the experience that follows.

If pointing a finger means three fingers pointing back at you, then he’s three times as bad a driver as me. Haha goddem

And oh my god they didn’t even do the soundtrack right. Where skate punk once blared through the hardcore cones of the arcade cabinet or the stuffy stereo of your CRT, the speakers of my Switch were played for fools. Taxi Chaos’ soundtrack is very bland: Dull techno is no replacement for skating and/or dying. Taxi Chaos’ visual style is very bland: Lighting is everything, and Taxi Chaos ain’t got it good. Taxi Chaos’ level of polish is very bland: Twice was my console reset due to my car getting stuck on a wall. Taxi Chaos’ adherence to The Man is (you guessed it) very bland: You get punished for running into police cars in a game where you go illegally fast and break all other kinds of road rules.

If I could think of a redeeming factor, I’d actually think of two. The first is the dialogue between passengers…the first time you hear it all the way to the end. The same dialogue will play (almost) every time you pick up a certain character, and you’ll be picking up the same characters a lot. In fact, that’s the entire game. Upon retrospect, this is no longer a redeeming factor. The second is the publisher’s apparent dedication to the game’s post-launch content, which has saved more than a few skins. But for the package that’s here at the price it’s being asked for? Just download the original on your phone, man.

Taxi Chaos is the epitome of emulation without understanding. You can become inspired all you like, but it’s through understanding why they inspire you that you can truly make something your own. Unfortunately, Taxi Chaos isn’t even its own. It is an imitation that borders on obsession. The time, money and energy would have been much better spent on the studio’s families. Considering how little of a budget this game clearly had, they were probably overworked and underpaid. 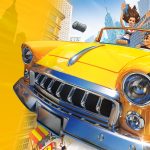 Taxi Chaos Review
It Is No Longer Time To Earn Crazy Money
Taxi Chaos wears its inspiration on its full-print shirt's sleeve, but lacks the understanding of what made said inspiration so compelling. There's almost nothing of worth here: A poor imitation of a game that's literally free these days.
The Good
Character dialogue was neat the first time
Publisher support is nice, I guess
The Bad
Boring combos
Map lacks life
Basically everything else
2
Awful

Taxi Chaos Review
It Is No Longer Time To Earn Crazy Money
Taxi Chaos wears its inspiration on its full-print shirt's sleeve, but lacks the understanding of what made said inspiration so compelling. There's almost nothing of worth here: A poor imitation of a game that's literally free these days.
The Good
Character dialogue was neat the first time
Publisher support is nice, I guess
The Bad
Boring combos
Map lacks life
Basically everything else
2
Awful
In this article:2021, Aza Hudson, gs2 games, lions castle, ps4, review, switch, taxi chaos, Xbox One