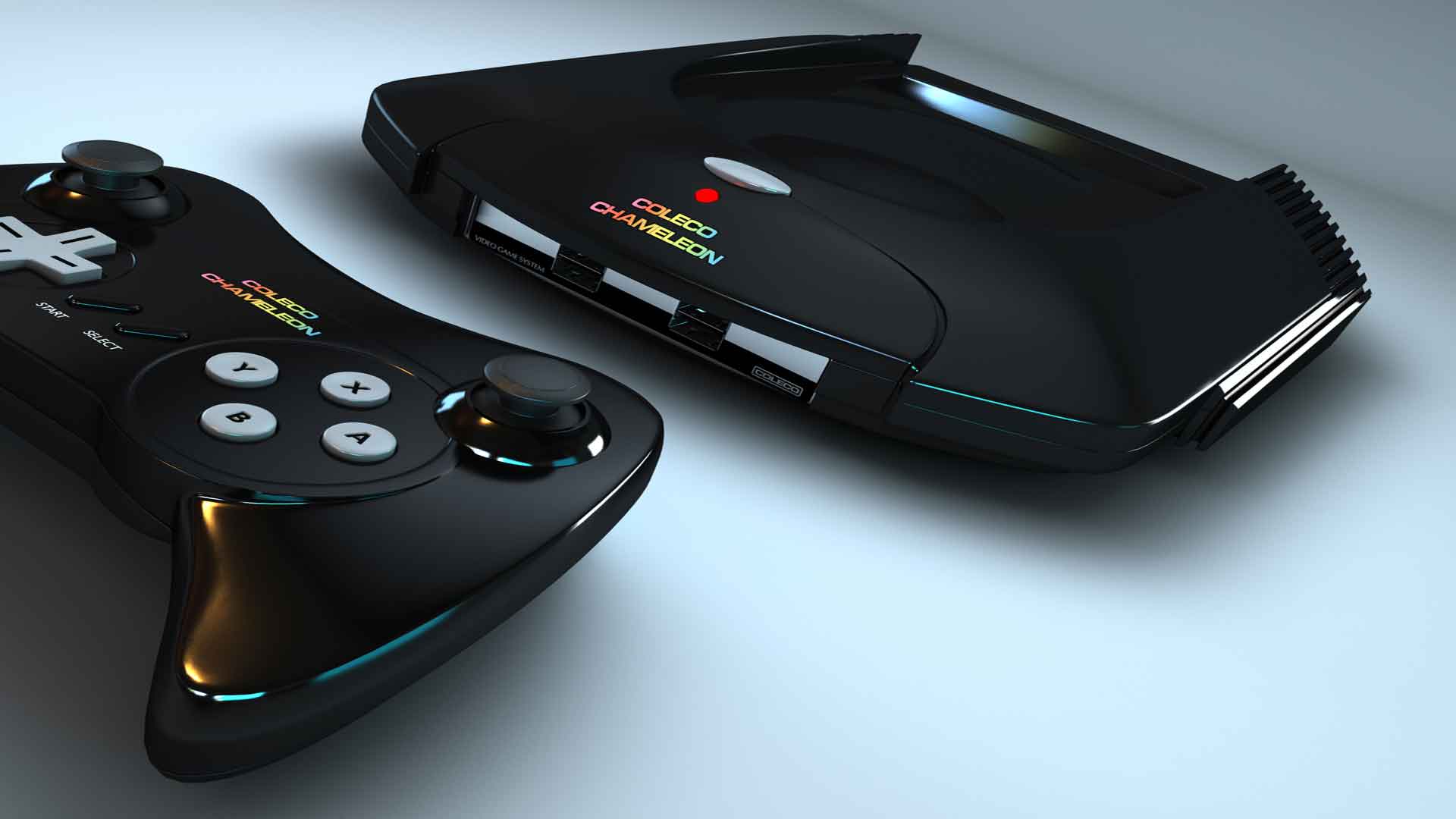 The Coleco Chameleon has been facing an uphill battle for approval ever since it was first unveiled as the Retro VGS back in April 2015. The console’s IndieGoGo crowdfunding campaign only pulled in $81,158 US of its $1,950,000 US goal and was subsequently cancelled. The company then approached retro console makers Coleco about forming a partnership to release the nostalgia-targeting console. From these talks the Coleco Chameleon was born and suddenly the project had a lot more credibility and weight behind it, and the pull of being able to play older-generation games was now a lot stronger.

Sadly it didn’t stop the negative press from attaching itself to the project, and when the Chameleon’s Kickstarter was delayed in early 2016 to later in the year, the project’s descent was rapid.

Looks can be deceiving

The first nail in the coffin came after a prototype was shown at the American International Toy Fair in New York in February 2016. The build quality of the prototype was lambasted due to the excessive amount of electrical tape being used to hold the machine together. Secondly, the console didn’t use its own proprietary controller, instead all games were played using a SNES controller. It quickly became apparent that the prototype was nothing more than a SNES motherboard inside an Atari Jaguar chassis.

The second nail came when a member of the Chameleon/Retro VGS development team accidentally posted a picture that confirmed that the console’s guts were nothing more than a HICAP50B CCTV capture card and not a game console motherboard. The images were quickly removed by Retro VGS, but the Internet is an unforgiving place – it’s pretty much the anti-church and once the wrong foot had been planted the imprint was there for everyone to see.

What is this archaic tech?

The third and final nail came when Coleco themselves announced that they were investigating the authenticity of the prototype. A Coleco engineer would inspect the unit and a report would be submitted to Coleco’s round table. The result would determine whether Coleco would continue to lend their name and brand-power to Retro VGS. It was announced on March 8th that Coleco had severed all links with the retro gaming console, effectively killing the project entirely.

Since being dropped from the shoulders of Coleco, everything Retro VGS has gone dark. Both the Facebook and official site no longer exist and there has been no statement made from the company. Perhaps a miracle will occur and the Retro VGS team will rise again like a phoenix from the ashes. Or maybe they’re actually cats inside human bodies, because from all appearances it looks like they may have run out of lives.

In this article:Atari, Chameleon, Coleco, Retro