Bandai Namco has announced that the third entry in Supermassive Games’ The Dark Pictures Anthology, House of Ashes, will launch on PS5, PS4, Xbox Series X&S, Xbox One and PC on October 22, 2021.

The game’s premise is as follows:

“Iraq, 2003. In the shadow of the Zagros mountains a military unit comes under fire from Iraqi forces. The resulting firefight causes an earth tremor where both sides fall into the ruins of a buried Sumerian temple. With all communication severed, our protagonists are trapped in a terrifying underworld they must navigate to escape – unaware that something ancient and evil has awakened in the shadows and has found a new prey to hunt.”

It was also announced that House of Ashes will receive a collector’s edition – the Pazuzu Edition, which will be available via Bandai Namco’s online store. 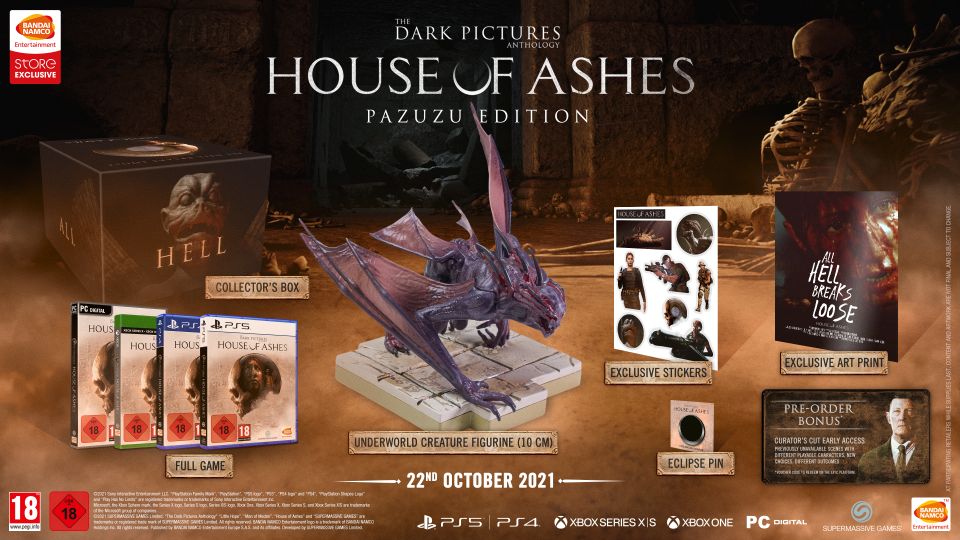 A Triple-Pack was also revealed, which includes Man of Medan, Little Hope and House of Ashes, as well as a Dark Pictures cloth map, 3 pins from The Dark Pictures and access to the pre-order bonus: Curator’s Cut.

Will you take the plunge into the House of Ashes? Let us know in the comments or on social media.