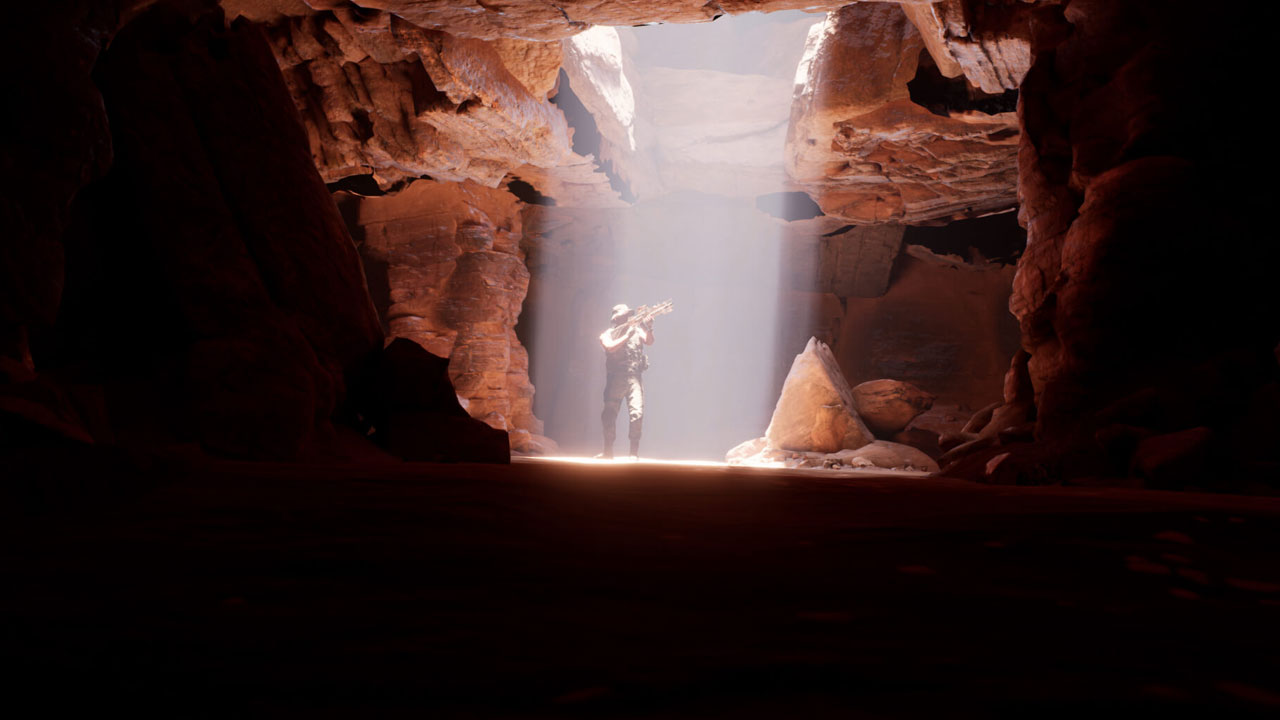 When I was kid I had dreams of grandeur – namely escaping Tasmania and becoming a famous archaeologist. While the former happened, the latter did not, however I still have a very keen interest in history, I mean I watch The Mummy several times a year (the Brendan Fraser one, of course). Supermassive Games and Bandai Namco’s The Dark Pictures Anthology is a series that uses historical figures, myths and urban legends as a backdrop for its horror tales. The first two titles in the series, Man of Medan and Little Hope, delved into the SS Ourang Medan mystery and the Salem witch trials respectively, whereas the series’ third entry House of Ashes is inspired by the story of Naram-Sin, ruler of the Akkadian Empire between c. 2254–2218 BC – a setting that tickles my inner history pickle. I had the opportunity to go hands-on with the first hour of the game to get a taste of the story and what has changed in the series.

House of Ashes takes place in 2003 during the Iraq war in the Middle East, with a specialised group of US soldiers and agents on the hunt for a weapons depot buried beneath the sand. However, upon arrival at their destination the team encounters armed enemy forces, but the shootout is short-lived thanks to an earthquake that sends both American and Iraqi forces plummeting underground where they not only discover an ancient Sumerian temple, but that the temple is not completely uninhabited.

Wasting no time getting straight into it, US Marines Jason Kolchek and Nick Kay quickly realise that there is something dangerous down there with them and they need to get back to the surface as fast as they can. The preview build introduces us to the full cast of characters, which includes Ashely Tisdale as CIA officer Rachel King, who has fallen underground with her husband Colonel Eric King. Their relationship might not be as healthy as their marital status suggests, and it’ll be up to you as to how you tackle this. The fifth and final playable character is Iraqi soldier Salim Othman, whose story could be the most interesting of all. Not only will he have to watch out for the dangers that hide in the shadows, but also the US soldiers who, despite being in a similar predicament currently, were on opposite sides of the conflict prior to their surprise descent underground.

Based on the first hour, the gameplay DNA of House of Ashes is largely the same as its predecessors; players will make choices that will impact relationships with other characters and the story overall, and some choices you make can be the difference between staying alive or perishing. As someone who is prone to getting people killed, I am hoping that the game’s new QTE difficulty options will allow for more survivors when the credits roll.

The biggest change for the series is the departure from fixed camera angles, with House of Ashes utilising an over-the-shoulder viewpoint, which is frankly a game changer. Not only does it allow players to take in and explore more of their surroundings, it also makes the characters feel more exposed and vulnerable to whatever is lurking in the dark, with the atmosphere underground a standout feature of the game. Furthermore, Supermassive has added a dedicated flashlight button to give players more freedom in exploration.

There’s no doubt that House of Ashes draws more influence from films such as The Descent than it does The Mummy. Nevertheless, the setting has more than piqued my interest and I can’t wait to see where the story goes, what ancient secrets I discover and which characters I manage to keep alive to the end when the game launches on October 22.

While both Man of Medan and Little Hope showed promise, neither surpassed Supermassive Games’ debut cinematic horror adventure in Until Dawn. However, although it’s still early doors, House of Ashes is shaping up to not only be the best Dark Pictures entry yet but Supermassive’s best offering to date.

The Dark Pictures: House of Ashes will launch on October 22 on PS5, PS4, Xbox Series X|S, Xbox One and PC.