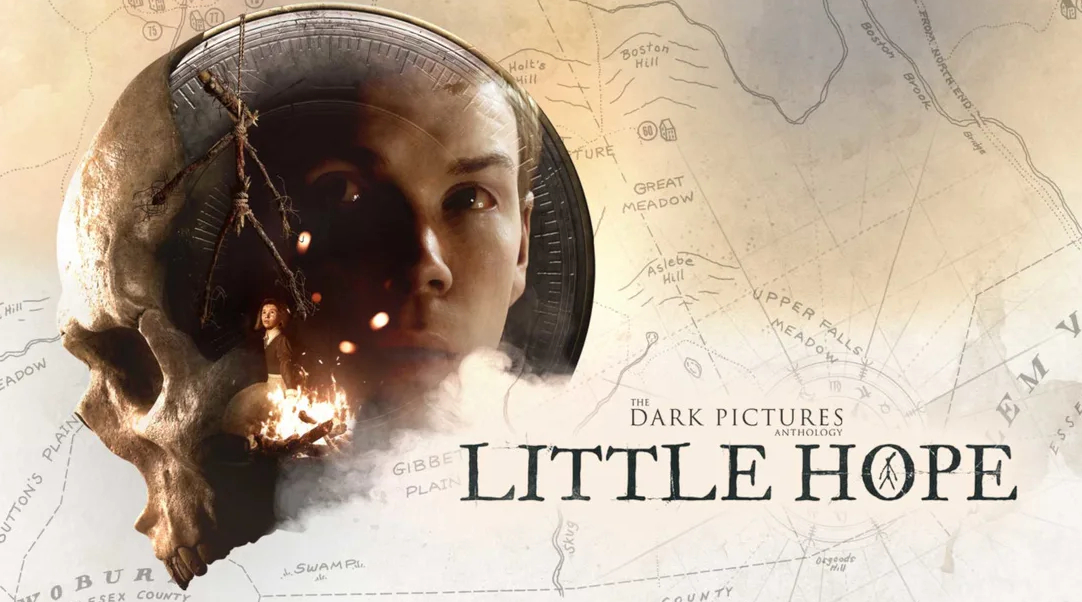 It lurks in the fog…

The game’s story focuses on a group of college students and their professor who find themselves stuck in the mysterious town of Little Hope after their bus crashes. The town is surrounded by a thick fog that traps the group, giving them no choice but to journey through the derelict in the hopes of finding a way to escape. As you’d expect from the impregnable fog and the ghost town, something isn’t quite right in Little Hope. Ghostly apparitions from Little Hopes’ involvement in the 17th century witch trials inhabit the place, and they simply won’t be appeased until they snuff the life out of this latest group of visitors.

The plot seems interesting at its core, but it just isn’t executed as well as it needs to be. A flashback cutscene that occurs at the beginning of the game sets the story alight from the get-go, creating a false sense of security that the tale Little Hope is about to spin will be a compelling one. It quickly loses momentum from that point though, and it ultimately feels like not a great deal happens in the four-to-five hour experience. You learn more of the witch trials that took place in Little Hope, as well as how the college group are connected to the events of the town, but it doesn’t ever succeed at fully dragging you in. Unlike the abrupt and unexplained ending of Man of Medan, Little Hope does at least succeed in providing a worthwhile finale. The story is simply okay; it has some high moments, especially in the case of the opening scenes, but the majority of the narrative is unremarkable.

The story is fine but nothing amazing

Unremarkable is also the perfect word to use when describing the characters in Little Hope. None of them are terrible, but at the same time none of them offer up much. Of the new cast, Andrew, the main character portrayed by Will Poulter is easily the most likeable. Each character is fine, but akin to Man of Medan, it feels like the lack of time you spend with each of them is what makes them so hard to relate to. They do all look quite realistic and graphically impressive at least, and the game as a whole is absolutely gorgeous to look at, especially on a PlayStation 4 Pro hooked up to a HDR-compatible TV. Ultimately though, it’s disappointing that the characters of Little Hope don’t offer up enough personality to aid the narrative or match the stellar work done modelling and animating them.

Little Hope’s reliance on cheap jump scares is also a huge bummer, as the majority of the game’s “frightening” moments are merely out-of-the-blue, faces jumping out at the screen type fare. Jump scares are fine when used sparingly or creatively, but here they’re ultimately used as a way to get some easy shocks.

Will Poulter does a serviceable job as Andrew

As you’d expect from a narrative-driven title developed by Supermassive Games there isn’t much in the way of gameplay in Little Hope. That much is expected in a game where the storytelling is meant to take top billing, but there is still stuff to do. As you make your way through the narrative there will be moments where you’re given the freedom to explore an area to your heart’s content. You’ll mainly just meander through these areas, interacting with everything you see until you find what you need to plod the narrative along. Some objects in the environment can be picked up and read in order to help you piece together what’s happening, while you can find postcards that offer visions of grim fates that a character might meet. You can then use the insight gathered from these visions to know how to handle the situation when it occurs, depending on whether you’d prefer that character to live or die. Every character can live or die in a playthrough, opening up the game to multiple runs if you want to see how each scenario plays out.

Quick-time events are back, as to be expected, however they now offer up a warning before they are about to take place which is a welcome addition for those who aren’t quite ready for when the game abruptly shifts from cutscenes to gameplay. The heartbeat QTEs also return, leading to extremely tense moments where a mistimed press could mean death for one of the five main characters. Gameplay isn’t revolutionary by any stretch in Little Hope, but it does a serviceable job at providing moments of exploration in what is otherwise an interactive film.

These bad boys get the heart racing

You can tackle Little Hope either on your lonesome, or with friends locally or online in the Movie Night and Shared Story modes respectively. Shared Story mode allows yourself and a pal to play through the game online together. Because two players are being played at the same time, you may witness scenes from a perspective you may not have had access to in the single player. For example, at the start of the game in the single player you play as Taylor who explores the street where the bus crash occurred, while Daniel and Angela attempt to reunite with her from the ditch beside the road. In the shared story segment I played with fellow WellPlayed member Zach Jackson, he played as Taylor while I played as Daniel, giving me control of a scene I hadn’t yet seen. Shared Story is a fun mode to playthrough, offering you a chance to experience the game with a friend remotely, while also seeing aspects of the story you hadn’t seen before.

Movie Night mode is equally as fun, allowing up to five players to play through the game together, inheriting a character each. While I didn’t have enough keen players to get a situation like that, it’d undoubtedly be cool playing as one character and playing them how you want to. Both these modes are welcome additions in the Little Hope package, making the game more fun and replayable.

Despite a brilliant start and an interesting revelation at the finale, The Dark Pictures Anthology: Little Hope ultimately fails to pull you in with its largely mediocre narrative. It isn’t a bad game by any stretch, but pretty graphics and simplistic gameplay can only get you so far in a genre of games where story is paramount. I still have faith in Supermassive Games and the Dark Pictures Anthology to succeed at releasing some brilliant horror experiences, but so far the first two releases have been good without ever being great. 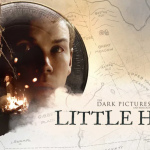