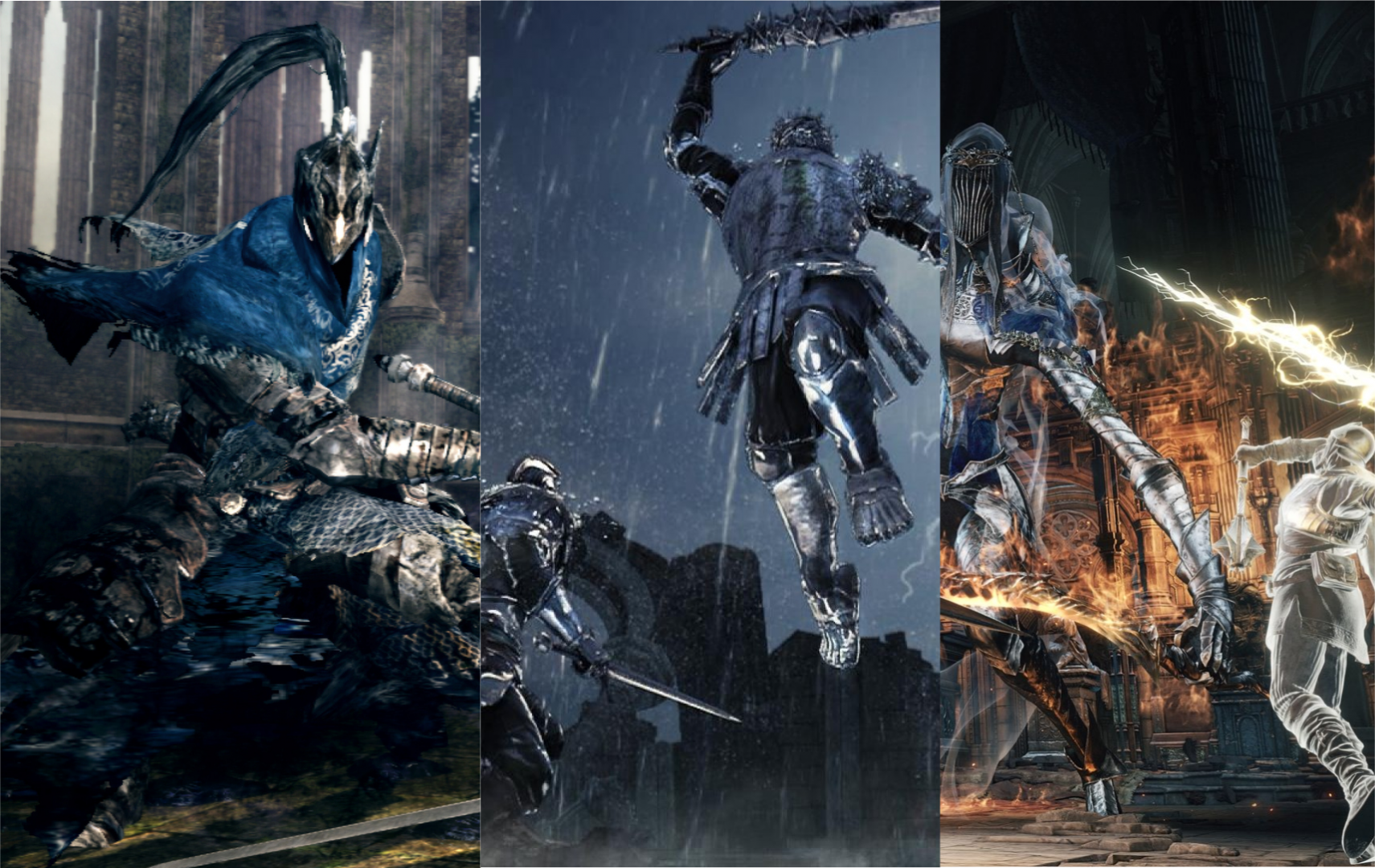 If you’ve followed our content at WellPlayed for about five minutes you’d probably know that I am an avid fan of FromSoftware’s “Soulsborne” games, with Bloodborne being my favourite video game release this generation. The Dark Souls series is really what made FromSoftware as popular as they are today, the IP was hugely successful for both the developer and the publisher, Bandai Namco. I remember playing the original and being blown away by the design and depth of the game, with some of the best level design I had ever experienced. However, no IP can exist without some people who openly lambast it, and never before had I witnessed what went down with the Souls series. I was appalled to witness a community so willing to give the very game that they loved such a stigmatising image, one which held the series back from growing as much as it could have. Mind you, neither the media nor the games’ publisher helped with this. But the image that the games received was more representative of toxic and hostile gamer behaviour rather than the games themselves.

To find out what went wrong, we must first go back to the Souls series’ very roots. Back in 2009 FromSoftware and Sony Japan released a cool new action RPG titled Demon’s Souls exclusively in Japan for the PlayStation 3. During development, the game was considered a failure until designer Hidetaka Miyazaki came on board and took the reigns. Still, the game was received poorly and the sales figures reflected that. The damage was done it seemed, until the western gaming community caught wind of it. Suddenly there was big demand for this title to make its way to the west, but no one seemed to want to bear the responsibility of publishing it here. That’s where Atlus and Bandai Namco came to the rescue. After localisation was done, Atlus published the game in North America and Bandai Namco published the game for the PAL region. Suddenly, FromSoftware’s new title had begun to gain some traction. A cult following formed and people were raving about Demon’s Souls and the level of challenge it offered that meant it was not for the faint of heart. However, the game was still exclusive to the PlayStation 3 and that was not going to change any time soon. 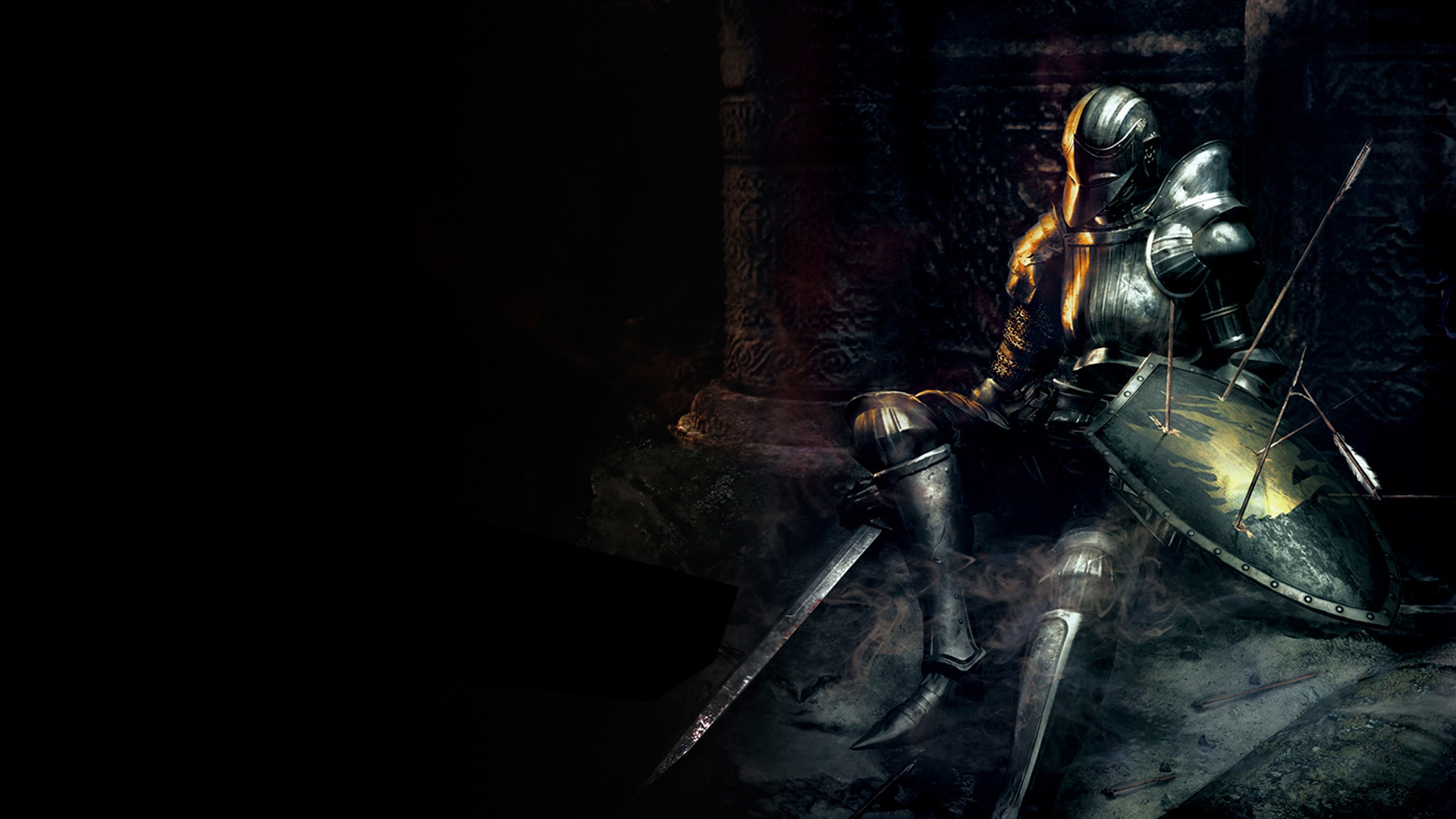 Travelling to the west from Japan sure is tiring

Skip to 2011 and we had the release of Dark Souls, FromSoftware’s spiritual successor to Demon’s Souls — but this time the game was a multiplatform release instead of staying bound to Sony’s (at the time) current platform. This was very good for the western market where the Xbox 360 typically dominated hardware sales,though it meant virtually nothing for Japan as Xbox was and still is very unpopular there. So more people were able to try out Miyazaki & Co’s brutally difficult action RPG and test their mettle, but this is where one of the series’ first underlying issues arose and really showed its teeth. When games become known for being difficult, certain gamers tend to develop elitist complexes and more often than not wind up creating a potentially hostile community. What I should point out is that the issue was not from the majority of the community, it was from a very vocal subset of fans who had decided that they were going to be arseholes. You’re probably familiar with the term “git gud”. This is a phrase that has become somewhat synonymous with the Souls series as a whole, but this was the result of gatekeeping behaviour. It’s hard to go through forums where people ask for advice in regards to any of the Souls games without seeing this phrase. While it is often hard to discern whether these people are just trying to be funny, there’s undeniably a certain element of malice within these comments. The result of this was the perpetuated idea that Dark Souls was meant for only the best as only the best would be able to overcome the challenges that the game threw at them. Obviously, this is complete bullshit, but that general idea stuck and it made the game feel virtually inaccessible to newcomers. While it wasn’t hard to procure a copy of the game, especially seeing as it was available in both physical and digital formats, people became discouraged from trying it out. The vocal subset of elitist fans were a big reason as to why the games really became a niche.

Moving on past the release of Dark Souls and its subsequent PC port, we find ourselves nearing the release of Dark Souls II. People had been anticipating a sequel as the success of the first made it an inevitability, but that success did more harm than good it seemed. Dark Souls II is where publisher Bandai Namco really started to go all out with the marketing for the series and in this instance every advertisement revolved around the word “death”.  This didn’t help the idea that Dark Souls was meant only for the utmost skilled of gamers. Bandai, whether they intended to or not, only helped perpetuate the idea that “filthy casuals” were not to go anywhere near their game (a concept which I can prove is false because I’ve loved and completed these games and I’m terrible at everything). Even looking at the back of the cover for Dark Souls II: Scholar of the First Sin (the next-gen remaster which included all the DLC) the words “GO BEYOND DEATH” are featured at the top and are the largest thing on the back cover. It seemed that the games were cyclical in nature, not only in story but in the level of elitism present. Disregarding the fact that Dark Souls II was mass maligned by fans while receiving critical acclaim (GameSpot said “Dark Souls II is a terrific sequel and an amazing game in its own right, making every peek into the unknown gut-wrenching thrill”) and the run around that Bandai gave PC users when Scholar of the First Sin was nearing its release, this only added to the image problem that the IP already had.

The media did not help either. Almost every article I saw in relation to Dark Souls II when it was released had to do with its “insane difficulty” and not to do with the world or the interesting (yet barely explained) mechanics that the game was rife with. Instead of educating potential newcomers on what the game had to offer, outlets decided to ride the “omg Dark Souls is so hard!!!” train. This was something that was present in every release of Dark Souls and is even present with Soulslike games (titles like The Surge and Nioh which offer an experience that can be compared to Dark Souls). Now while they’re not entirely wrong, the games are damn tough, especially for newcomers, they were painting this idea that the challenge was insurmountable. This is especially egregious as the Dark Souls games never pit players against something that they cannot overcome. There are no level or gear requirements, it all just boils down to the individual and how willing they are to adapt to each environment and challenge. Don’t even get me started with the current media trend of saying “this is the Dark Souls of <insert unrelated and incomparable game and/or topic here>. 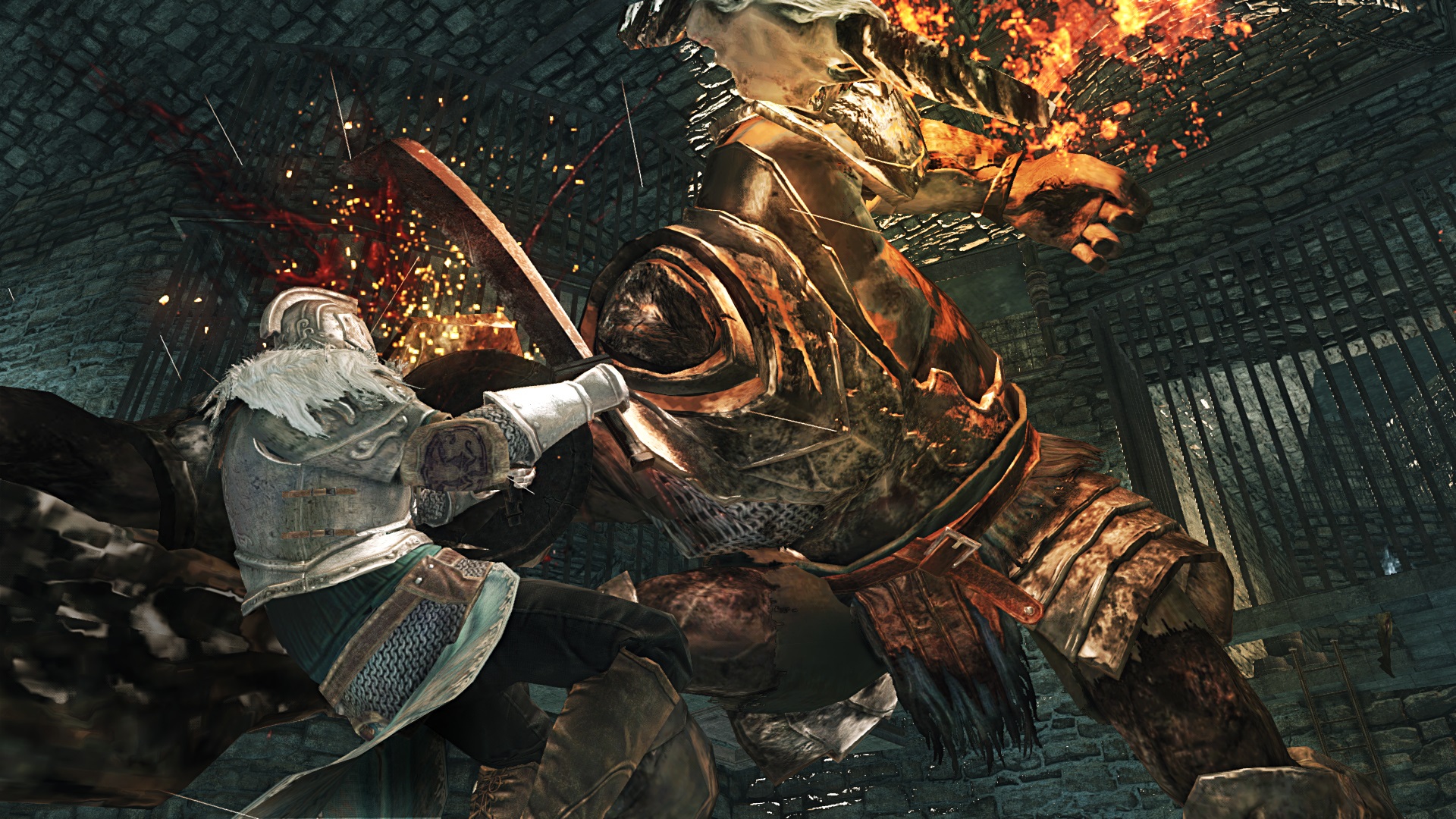 Bloodborne is also subject to the same criticisms and issues outlined here, don’t think that I’m making it exempt from these issues, I’m just outlining how these issues continued to grow over the course the Souls series’ lifespan.

Finally, we have ourselves at the release of Dark Souls III. This was Miyazaki’s return to the Souls games as while Dark Souls II was being developed, he and his main dev team were busy working on Bloodborne. There was quite a bit of controversy as the game’s pace and general gameplay had been vastly changed to feel more like the middle ground between Dark Souls and Bloodborne. This was great for some and terrible for others. While I found myself on the pleased side of this, I could completely see why people were put off by the change in design. But I digress. With a new Dark Souls release we saw the rise of the same issues I’ve outlined in this article, but we also saw the rise of a new level of elitism and some truly malicious gatekeeping. About a week before release, IBTimes posted an article stating that Dark Souls III should have an easy mode. This was something that did not sit well with fans (because how dare they make something that would not affect them in the slightest and would allow less proficient players to enjoy their games?!). If you ask me, people really showed their true idiocy with this and it was one of the lowest moments for the Souls community. Instead of doing everything they could to bring in more people to play the game, they were actively disputing the possibility of allowing more people to play. They were disregarding the fact that no one would be forcing them to play on a hypothetical “easy mode”.

It’s truly a shame to see such a great series fall victim to itself thanks to the toxic behaviour of a vocal subset of fans. They actively stunt the growth of the series’ player base and they personify exactly what’s wrong with games that are known for their difficulty. For people who are considering getting into the Souls games, whether it be the newly released remaster or one of the two games (three if you count Bloodborne for PS4) that are readily available on current-gen systems, I have some advice for you. First, play the game at your own pace. There is absolutely no rush to beat it and the more composed you are when you learn the game, the better you will become at it. There will be a difficulty wall, but you are more than capable of overcoming it. Second, if you find yourself having a hard time, don’t be afraid to look for help. There are subreddits made solely for helping people who are stuck in the various games: r/SummonSign for Dark Souls and r/huntersbell for Bloodborne. You might even find that you enjoy the games more when you play with people and there is absolutely nothing wrong with that. If anyone tries to make you feel bad about that, they’re a shithead and it’s best not to listen to them. Third and lastly, if you find that you don’t enjoy the games, then put them down. They’re not made for everyone. At least you gave them a go.