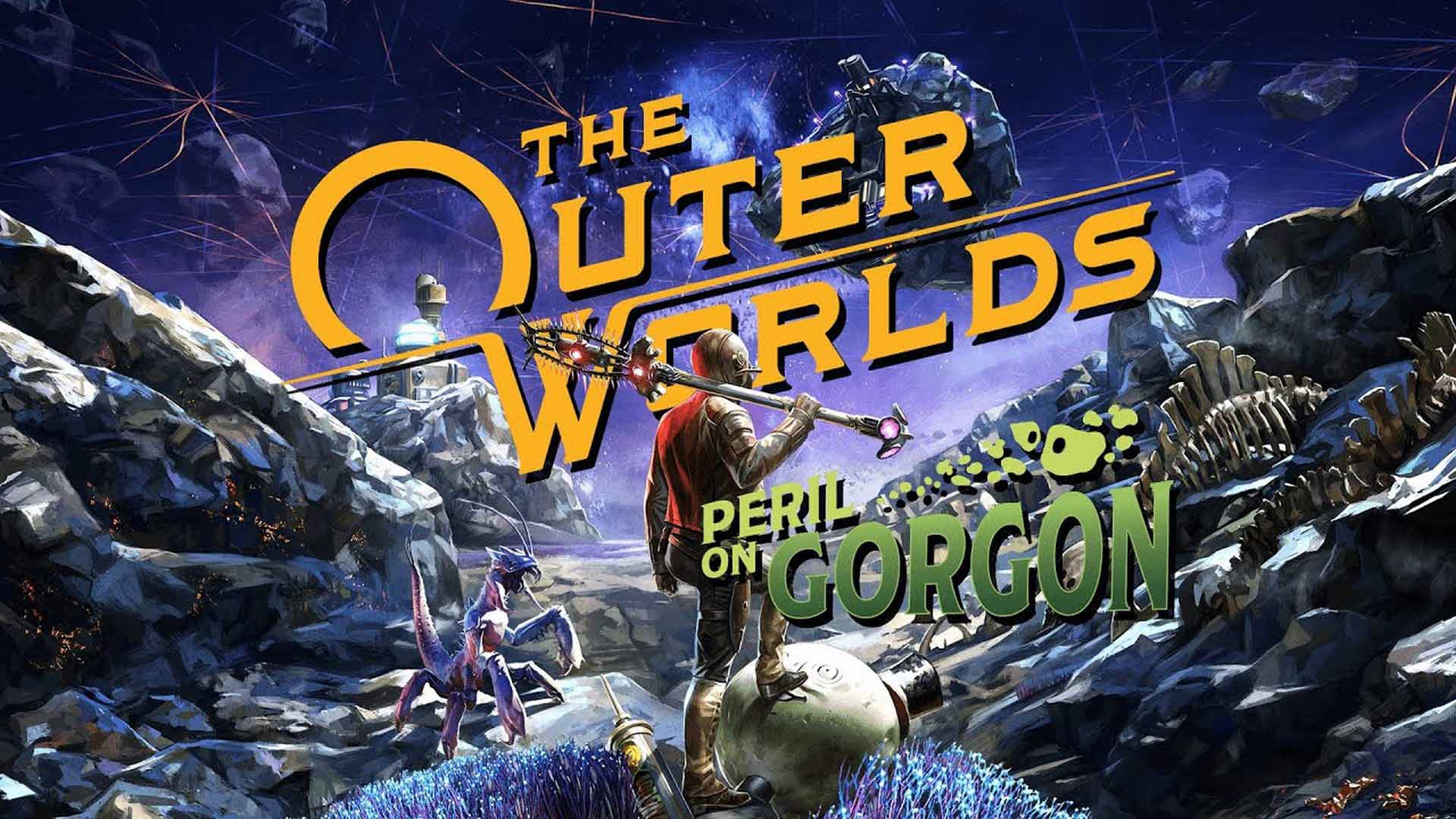 The Outer Worlds was a nice moment in gaming last year. People had grown fatigued in waiting for a worthwhile Fallout game from Bethesda to the point where they would have taken anything – Fallout 76 really was (and still is) that bad. The people at Obsidian Entertainment saw fit to create one of the better Fallout games without it being an actual Fallout game, and The Outer Worlds impressed people all across the world with its thoughtful writing, engaging gameplay and punchy, anti-capitalist humour. Here we are almost a year later and we have the first DLC expansion for the game, Peril on Gorgon. It has a lot to live up to, seeing how high the level of quality was in the base game, but while the expansion doesn’t feel as great as it perhaps should, it’s still a decent enough expansion, and people who enjoyed the base game will more than likely appreciate the extra game time this relatively small expansion adds.

The Outer Worlds: Peril on Gorgon takes the Captain of the Unreliable to the Gorgon, a giant asteroid which houses the Spacer’s Choice Adrena-Time research & production facilities. You are sent an anonymous package which seems rather concerning. It doesn’t take very long for The Outer Worlds’ general absurdity to take hold of this expansion’s writing and no example is better than receiving a random package, which the delivery agency describes in a way that makes it seem like a bomb, only for it to be a message for the deceased captain of the ship you commandeered. It’s such a great way to set the stage for an additional adventure in a game full of dry, blunt humour. You are also immediately reacquainted with the strong companion characters like Parvati and the Vicar (if you are a returning player) or you get to see how each companion wants to handle the situation. It’s almost like a shortlist for casting who you want to take with you on this short expedition.

If you were to play the game from the beginning and just go through it as normal, the Peril of Gorgon access cue would actually seem fairly natural. It feels quite organic in its integration but important enough to not feel like just another random side quests. Obsidian has done well here as some expansions feel quite stilted in their starting cues. Peril of Gorgon wastes no time introducing you to its twisted, memorable characters and this is probably its strongest facet. Obsidian is very good at writing quirky, interesting characters and they don’t miss the mark here and the overall story brings you face to face with the horrors of Spacer’s Choice’s past. You learn all about the origins of certain factions and you meet the various inhabitants of Gorgon, both hostile and friendly. The environments, on the other hand, don’t feel incredibly new. We have visited an asteroid before in The Outer Worlds and Gorgon feels no different. I understand that realistically speaking, this would be a possibility, but it just does not feel as tailored as the original game’s environments did. It more or less just feels like an environment that should have been included in the base game. Regardless, these environments are still pretty cool and are just as inhospitable as the original.

In terms of actual story writing, Peril on Gorgon is pretty solid but it doesn’t feel quite as encompassing as the base game. Largely due to its smaller scope, there’s isn’t that same feeling of battling against an entire institution. Where the base game’s cohesive plot revolved around fighting back against a self-serving government, this expansions plot mainly revolves around two characters – one of whom is the person who sends you on this adventure in the first place. The expansion definitely relies more on its environmental storytelling, conveying the misdeeds of a company’s past with the dilapidated labs, derelict towns and debris everywhere, not to mention the insane amount of dead bodies strewn everywhere as a result of Spacer’s Choice’s drug. Peril on Gorgon’s story offerings are also relatively short, with the main quests in the expansion numbering in around eight. It only took me around six hours to beat the main questline and I was opening everything I came across.

The biggest problem I’ve found with Peril on Gorgon is how much everything feels the same. Nothing feels incredibly new. The enemies are pretty much all the same, the weapons are mostly the same and I mentioned earlier that the environments are the same. Compare this to other game expansions like TESIV: Oblivion’s Shivering Isles or The Witcher 3’s Blood & Wine. While these are remarkably larger games, both in terms of popularity and scope, they still put in the work to create a lot of new assets, environments, enemies, weapons and even abilities with these expansions. Hell, Blood & Wine brought with it entirely new game mechanics and completely overhauled the clunky UI that The Witcher 3 was known for. All Peril on Gorgon really does is add a decent enough story questline, a small world which looks almost identical to another and raises the level cap from 30 to 33 – pretty underwhelming if you ask me.

If there is one thing I have to give to Peril on Gorgon, however, it’s the actual level design. Level design is always something that is really hard to get right in an open-world game as you don’t want to corral the player too much, but you also don’t want to just give them an empty box as that is pretty boring. Gorgon, as a game world, has quite a linear flow to it but in a way that makes sense. You follow streets and roads which were carved into the actual asteroid itself, almost as if that was Spacer’s Choice’s compromise to travel-based infrastructure. Because of this, it is quite easy to become familiar with the lay of the land and you eventually come to rely less and less on the map. The level design inside the buildings is top-notch as well, with clever use on environmental objects like debris to guide the player into a non-standard experience. They’re also thoughtfully designed to allow various styles of gameplay, with little channels for sneaking in and out of or explosive for you to shoot and go in guns blazing.

Musically, Peril on Gorgon is just as good as the original. Little things like the vending machines singing to you about taking Adrena-Time, the very subtle music that plays while you are exploring the world and even the battle music that plays during the more tense moments in the story – it’s all so high quality and serves to create the atmosphere that the people at Obsidian really wanted to create with Peril on Gorgon. The music knows when to be dense and lively while also understanding when it needs to be sparse and sombre; the composers have done a great job with this music.

It would be unfair to say that Peril on Gorgon is a bad piece of content for The Outer Worlds. In a few key aspects, it does some stuff as well as The Outer Worlds originally did. It would be better to describe it as underwhelming as a short, decent enough story which has a very strong start, great level design and solid music do lift this expansion quite a bit, but they ultimately aren’t enough to pull away from the issue that is the lack of originality in its own world. Old enemies, old environments, old weapons and the level cap only being raised by three levels are just some of the issues that make this expansion feel more like cut content rather than a properly fleshed out addition to the game. When compared to how good the base game was, Peril on Gorgon kind of dropped the ball. 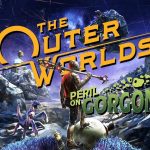 The Outer Worlds: Peril on Gorgon Review
Asteroids 3D
While it is a little underwhelming, Peril on Gorgon offers a decent enough experience for fans of The Outer World to enjoy
The Good
Great level design
Strong start to a decent story
The music rules
The Bad
Lack of anything really new
Kind of small
Generally just underwhelming
6.5
Has A Crack
In this article:jordan garcia reviews, obsidian entertainment, pc, peril on gorgon, private division, the outer worlds