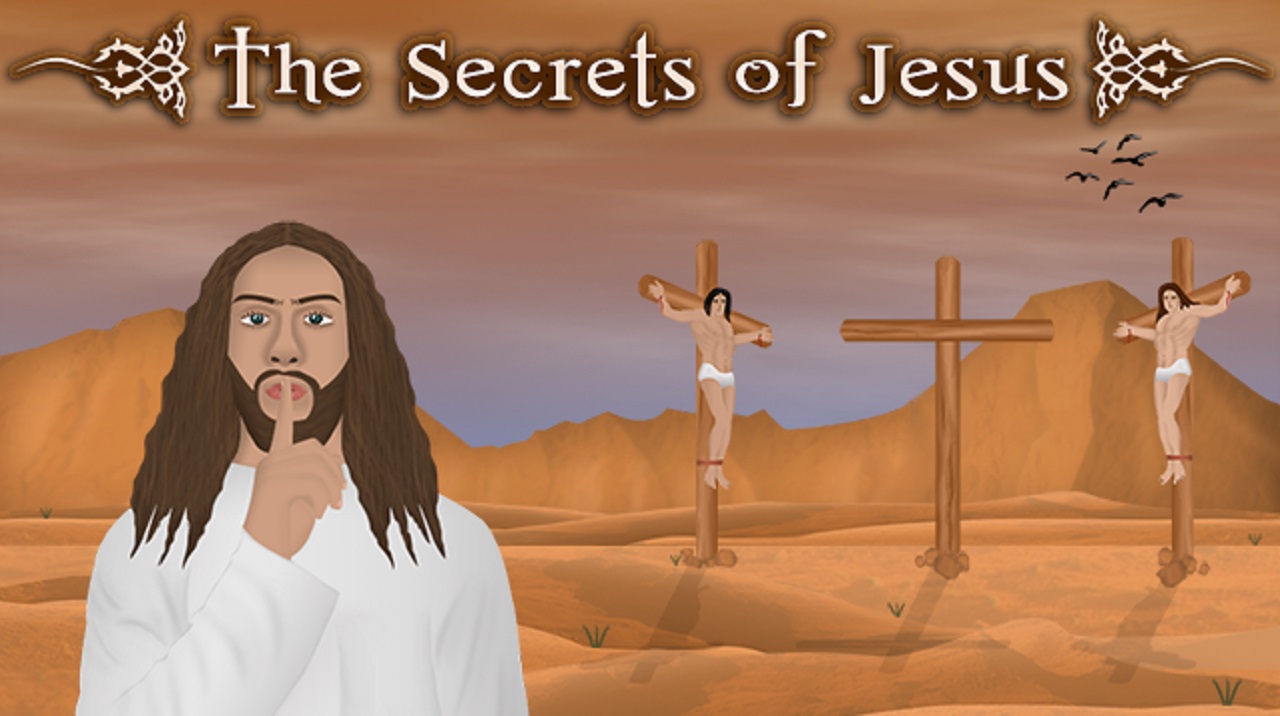 Christmas is a time of many things. Goodwill to all except those that you don’t really like that much. Exchanging gifts – which everybody enjoys! What people don’t like is having to go out and buy them. Erecting a rotting corpse of a tree in your home and decorating it in a ritual of humiliation for not just your tree, but all treekind. A fat man using slave labour who takes credit for the gifts that you punched an old lady for; that was your Tickle-Me Elmo.

Yet, a man is often forgotten on Christmas amongst the hustle and bustle. And, how could you? It’s his birthday. You’ve probably even heard of him; he’s called Jesus Christ? He’s from this bumfuck town called Nazareth like a jillion years ago who got executed for something or another. From what I can gather, he said something about being the son of God. What a nutter.

Anyway, he’s the most known character in literature. Who is he? One answer is ‘he heals people, turns water into wine, raises sons from the dead, and can tell the wind and the waves to chill out.’ He is, after all, the Son of God. Who is he? What are his fears, his quirks, his loves? We know of Jesus the holy figure, but not Jesus the historical person. And he was a person that definitely existed.

Jesus as a character, as we perceive him, is boring. He does cool stuff, but it adds nothing to any sort of personality that comes with being human. Then again, the Bible’s portrayal of Jesus is reliant on him being more than human; he is, after all, the son of you-know-who. The dynamic between the figure and the person of Jesus is one that rocks theological archaeology, but one man from Germany is determined to tell the real story!

And that story is the prequel to Steel Ball Run

Amir Matouk was once a devout Christian, as he told me over Twitter. Even after becoming an atheist, he retained an interest in Theology. He wanted to tell a new story about Jesus the figure, with a sprinkling of Jesus the person in there as well. However, Matouk wanted his narrative to be unique.

‘Everyone knows the miracles of Jesus and his story’, he concluded. ‘It is boring.’

‘People want to laugh. That’s why I did it with humor.’

Over the next three (and a half) to four years, Matouk would develop an adventure game called The Secrets of Jesus – all by his lonesome. He would then send it to me, on the path of its destiny, over a Twitter DM. As brilliant as a beam of light from the Almighty himself, a game code was sent my way. But this was no ordinary game key. As Matouk himself would explain to me, this key was the ‘Holy Key’. How could a mortal refuse?

The Secrets of Jesus wastes no time in establishing your player character as Jesus the person, and not Jesus the figure. Did I forget to mention that you play as Jesus? I did. Sorry. You play as Jesus. In the game’s story, Jesus Christ survives his crucifixion and hides out at John’s second house. He seeks out Mary Magdalene, his lover, and prepares himself and her for refuge in India. To do that, Jesus must find Mary’s father so he knows they’re leaving. That’s where the (point and click) adventure comes in.

In the first couple of minutes, Jesus checks to see if a door is closed properly twice before exclaiming ‘This OCD is killing me’. He does this with the timing of an ad-libbed line in a Mel Brooks film, and I ho ho ho’d quite loudly. This wasn’t a one-off occurrence, either. The game had me chuckling, snorting, and even occasionally guffawing or chortling. The Secrets of Jesus’ localisation efforts, and the script in its native German, are absolutely its best feature.

This isn’t even the first bodily excrement joke, or the last pee joke. There’s (hehe) dry humour here, too

The solid writing isn’t limited to jokes. As you, playing as Jesus the person, solve more and help more people, you (and Jesus) uncover more of the world’s reaction to his execution. Through these, we get glimpses at the game’s depiction of Jesus as an emotional human being with a penchant for a snappy remark or a cheeky joke. By the end of the game, you have a real sense of who Jesus the person is according to the game’s portrayal of him. He’s a dude – a real dude that you can relate to and emphasise with.

Being a one-man show, The Secrets of Jesus’ more technical flaws can be forgiven. While the interface is clunky at times, the art of the game becomes surprisingly easy to get used to. Ironically, its more basic visual technicality allows environments to be easily readable – essential for any game in the genre. However, the dreaded ‘moon logic’ enters the fray more often than not which is about as not in the spirit as failing to get a Christmas joke. I got stuck fairly early on but managed to fart my way out.

I mean that in the most literal sense that a video game can provide.

Now, The Secrets of Jesus isn’t particularly interested in following Bible canon. You solve puzzles by farting, (literally) stoning the crows, and can make Jesus wish death on an old man. ‘There are a lot of quotes and allusions’, explained Matouk after I noticed references to Jesus’ Biblical Escapades and life. The game’s adherence to Jesus the figure is ‘about fifty-fifty’, he says. There’s a reason for this, and it’s because Matouk wanted to make a game for ‘unbelievers and believers’. It is as I’ve often argued to nerds on the Internet: Blind adherence to canon or a widespread perception of a character leads to deviation from that perception being cast as blasphemy, and a therefore less dynamic and interesting character. The Last Jedi was good. My DMs are not open.

Much like that film – it made worlds more sense after a second viewing – The Secrets of Jesus rejects the duller aspects of Jesus the figure’s deeds being his “personality”. It does not replace them, but merely puts them to the side. After all, everybody knows the miracles. They do not, however, tend to search past them for building a Jesus the person that is legitimately relatable. In regards to Biblical canon – as somebody who’s read the bloody thing – the events carried over serve the story much more than the ones that aren’t.

Unlike Rian Johnson’s character-developing big-think blockbuster, however, The Secrets of Jesus is much too short. My first playthrough clocked in at about 2 hours, taking a mere one hour on my second. But, again, this is a game made by just one (very nice) German man over at least three and a half years. I’ll still have to dock minor points for that, though.

It’s worth noting that the game, despite its tongue-in-cheek narrative of Jesus the person, does not argue that Jesus was not the son of God. It may be made by an Atheist, but it could hardly be called blasphemy. Sorry to any Christian out there who wants an excuse to crucify me. It’s Christmas; you have to be nice to me!

It’s hard to not recommend The Secrets of Jesus to unbelievers or believers this festive season and beyond. If you look past its single-maker visuals and occasional moon logic, you’ll find a title with lots of fun dialogue. If you’re interested in writing, or already do, the game is a great introduction to how characters can escape boundaries.

P.S. Give The Last Jedi another chance. Yes, this is the hill I die on this week. 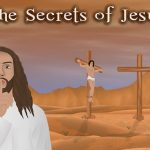 The Secrets of Jesus Review
Sanctify Yourself
What secrets (of Jesus) does this indie adventure game hold?
The Good
Funny and clever writing
Interesting take on our Lord and Saviour
Merry Christmas, and a happy New Year!
The Bad
Abundant moon logic puzzles
Short
7
Good

The Secrets of Jesus Review
Sanctify Yourself
What secrets (of Jesus) does this indie adventure game hold?
The Good
Funny and clever writing
Interesting take on our Lord and Saviour
Merry Christmas, and a happy New Year!
The Bad
Abundant moon logic puzzles
Short
7
Good
In this article:2019, amir matouk, Aza Hudson, bible, christian, linux, pc, review, secrets of jesus