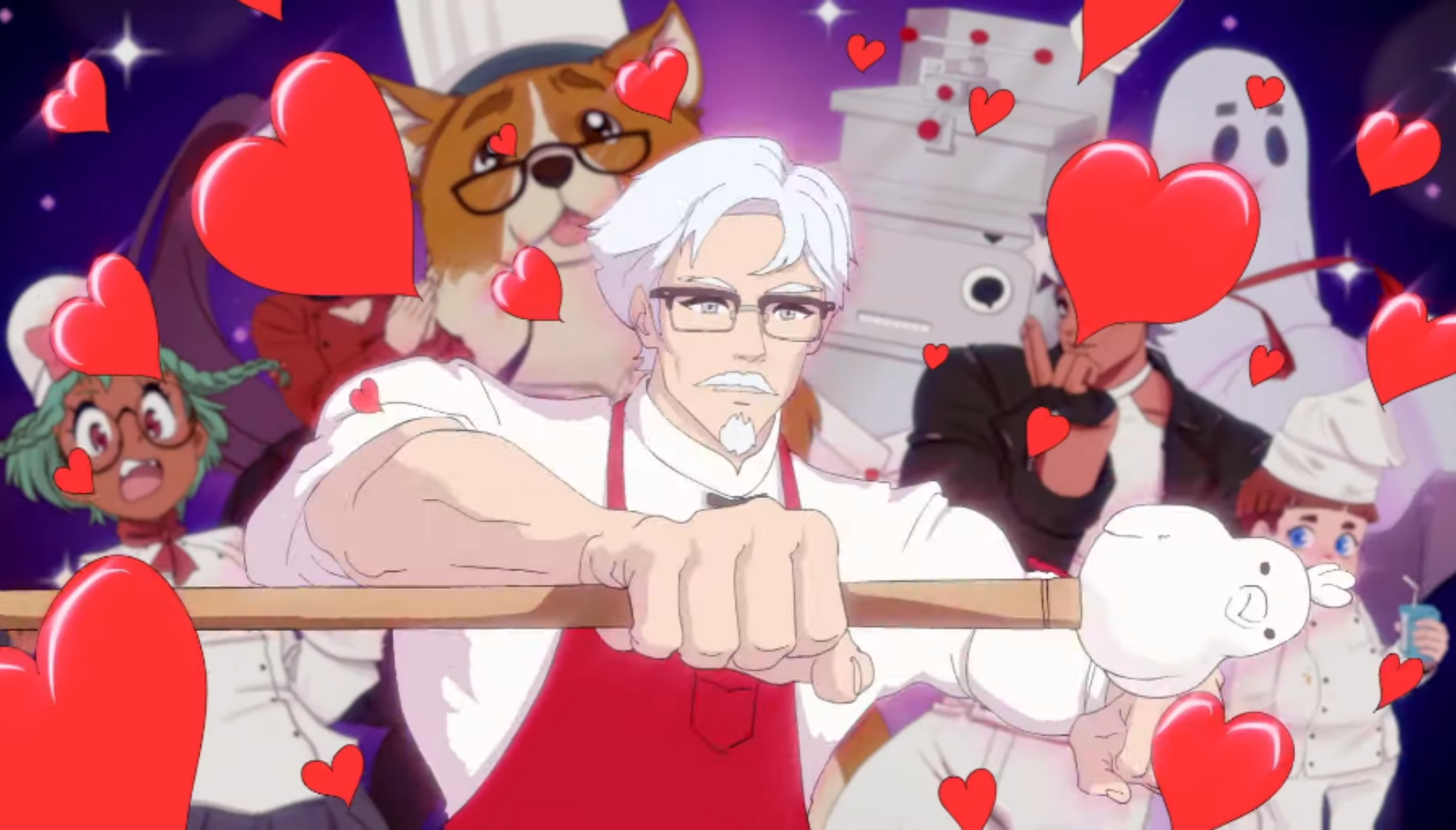 Those are definitely words in some kind of order, and they’re totally believable as some Newgrounds-level Tumblr weeb bullshit. What I didn’t see coming when I first eyeballed the news about this on Twitter today, was that it’d be something KFC were actually making themselves.

That’s right, I Love You, Colonel Sanders! A Finger Lickin’ Good Dating Simulator is an official product published by KFC in collaboration with Psyop. The game’s Steam page reads as thus:

From the same people who brought you the bucket of chicken, comes the world’s first Colonel Sanders dating simulator.

I Love You, Colonel Sanders! A Finger Lickin’ Good Dating Simulator follows you, a promising culinary student, as you try to date your classmate, Colonel Sanders. Throughout your journey, you’ll be faced with life-changing decisions that will affect your chances of friendship and love. But be careful! Your choices have real consequences with real animated characters’ feelings at stake.

Do you have what it takes to survive culinary school? Will Colonel Sanders choose you to be his business partner? Or maybe even so much more? Find out in the most finger lickin’ good dating simulator ever created—a game that KFC actually made.

No solid release date has been listed as of yet, but you can be sure that your pals at WellPlayed will be following this one closely.