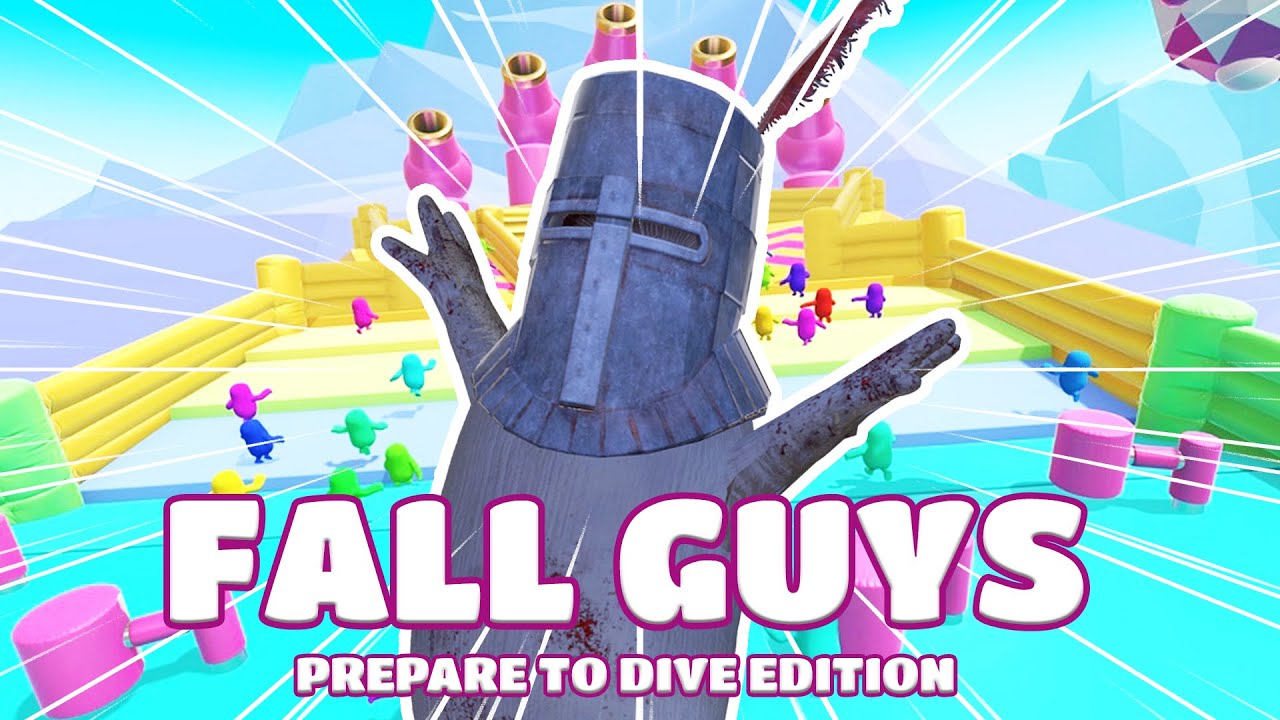 Brutal and unforgiving, yet satisfying once conquered, that’s the perfect explanation of the game. I’m talking about Fall Guys, of course, the Takeshi’s Castle-like title that took the gaming world by storm earlier this year. It may look sweet and innocent on first glance, but Mediatonic’s hit game can be dastardly difficult and furiously frustrating at times. Putting those jerks who grab you aside, most of your failures in Fall Guys will be down to your own impatience or mistiming, something that will more often than not have you saying “just one more game”.

This party game about big beans running, jumping, bumping and sliding around obstacles courses is perfectly poised to crossover with other gaming franchises, but one stands above all others as a perfect fit. Naturally, I’m referring to FromSoftware’s notoriously punishing dark fantasy RPG, Dark Souls. Think about it, in both games you have to fail over and over before you find success and once you finally do it feels incredibly earned. A match made in Lordran if you ask me.

Youtuber Sanadsk clearly feels the same way. Understanding that these franchises are cut from the same cloth, Sanadsk has created a fan-made trailer for a Dark Souls x Fall Guys crossover titled Prepare to Dive. Created in Unreal Engine 4, this creation is so impressively well-made that I wish that it existed.

The playable beans have been replaced with the fan-favourite mushroom people, who are shown to be customisable, wearing a variety of helmets from the series (my personal favourite is Big Hat Logan’s…hat).

Players aren’t the only change though, as Sanadsk has also given us a look at what the crossover levels would look like. Abyss Escape has the mushies doing a mad dash towards the finish in the dark; Crystal Caves gives me flashbacks, as it has the players walking across invisible walkways towards a waiting Seath the Scaleless; The Lost City is a typical obstacle course that swaps out the slime for lava and the obstacles for tornados of fire and Swamp Run takes The Whirlygig and plants it in the Undead Parish.

I’m not doing this project justice, so give it a watch for yourself:

What do you think of this fan-made crossover? What crossovers would you like to see Fall Guys take part in? Let us know.