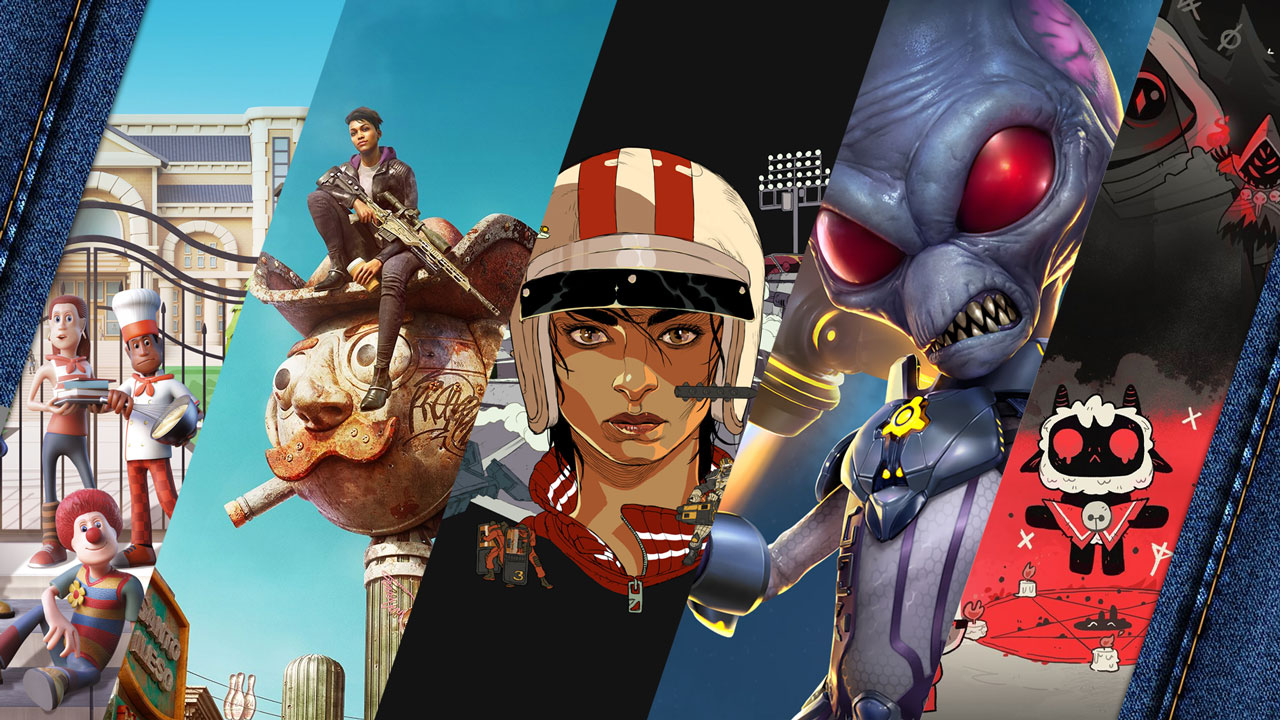 While half of the world is underwater or on fire, and lettuce has miraculously become a luxury item that you can’t afford to buy because the fuel required to drive your broke arse to Aldi is also a luxury item, gaming will always be our solace among the chaos. Nothing short of a nuclear winter will stop us looking forward to another month of releases, and even then it would have to be a pretty big nuclear winter to fully dampen the spirits of the WellPlayed team. Even though a fresh pair of jorts is perilously expensive due to inflation and cost of living pressures, the idea of not busting at least a few pairs in August is simply not feasible.

You know those dumb Oodie hoodie blankets? I ordered one this week, and it got me thinking about a million-dollar idea perfect for the hardworking Aussie who loves denim and winter comfort. Joodies. Sherpa wool-lined jorts, perfect for getting a comfortable downstairs draft on those mild long evenings on the couch grinding through Winter’s JRPG backlog. And while the cold weather continues into August, I’m most excited to chuck Soul Hackers 2 onto the top of that pile. Releasing August 26, this is a surprise sequel to the 90s Shin Megami Tensei spinoff that only saw localisation on the 3DS in 2013.

Sam Barlow’s new FMV joint Immortality comes out on the 30th. While I would be Telling Lies to suggest I played his last game, I still consider Her Story to be among the most unique and surprising modern indie games ever conceived.

If you need a laugh this August, it would be a crime to look past the new Saints Row on the 23rd. Similarly, Two Point Campus was a laugh-a-minute riot that I simply could not fault when I went hands on with it in May. Finally, Crypto is on the rise again with a promising remake of the amusingly chaotic human bum-plunging sim, Destroy All Humans! 2 Reprobed.

But let’s not forget the incredible indies on the horizon, every bit deserving of your time as these prestige releases above. Australian-made Cult of The Lamb grabbed me with its visuals and held me with its creative mishmash of genres. Thief-like Gloomwood is finally within reach, after years of watching its grimy mid-90s industrial horror play out in short Twitter glimpses.

Phew, what an August to be alive. Who’s got time for a line-up this stacked? We certainly don’t…

Well, they do say time is a flat circle, so in theory I have all the time in the world for August’s line up. Sleep be damned! Let’s start things off with a little Cult of the Lamb which is looking mighty tasty, mint sauce or no. Indie devs Massive Monster look like they have a hit on their hands with this action adventure so absolutely keep an eye on that. As you should with Arcade Paradise, where you’ll be creating and maintaining your own arcade, plus the action shooter mashed with rollerblades, Rollerdrome (from the team that brought us the excellent Olli Olli World) and the rather cute looking Tinykin, which fans of Nintendo’s Pikmin will no doubt get a kick out of.

August is stacked with top indie releases, but that’s not to say the big boys aren’t without some quality either. Yet there’s only one that stands out for me, the return of the Devil Summoner series with Soul Hackers 2. If you’re unfamiliar, Devil Summoner is one of a number of spinoffs from the Shin Megami Tensei franchise, first appearing all the way back in 1997 on Sega Saturn, and fans of Persona will again feel right at home within its turn-based RPG mechanics, social interactions and a unique visual flair. While we wait for the recently announced Persona re-releases, Soul Hackers 2 should fill that time up perfectly.

Ok so I swear it was only May, how is it that we are already reaching August! Not that I am complaining because August has some sweet gaming releases that just make me tight in the jorts. Cult of the Lamb looks like an absolute blast, and if the demo was anything to go by, I am going to build the mightiest cult ewe could imagine. Moving on from cults into some more Saint like action, Saints Row is going to be packed with ridiculous shenanigans, criminal adventures and lawless mayhem, and I sure as hell can’t wait to see what mischief I can get up to. Last but not least, Destroy All Humans 2! Reprobed is beaming its way down into the 60s, giving us more of Crypto’s adventures and free licence to cause absolute destruction. The original release was incredibly fun and I’m looking forward to reprobing the great US of A!

In this article:August 2022, Tight in the Jorts