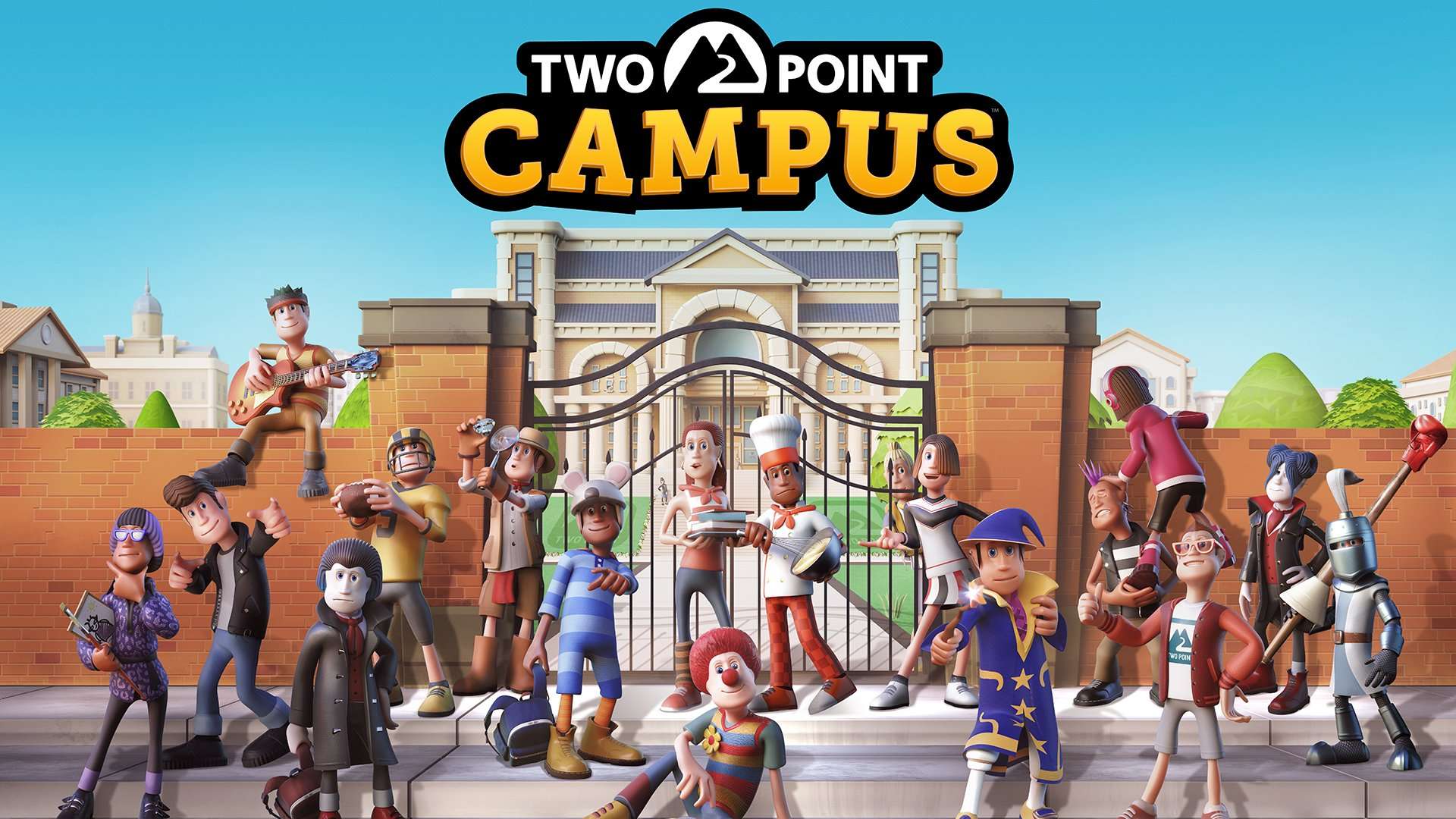 Two Point Studios are back with the latest entry in their sim-spoof series, Two Point Campus, and I truly did not know what I was in for when Sega gave us the opportunity to go hands-on recently. Having not played their previous title Two Point Hospital (a spiritual successor to the classic Theme Hospital), I was slightly intimidated that I would build a failing educational institution with nothing but fires to put out. Yet, with a smoothly tutorialised experience across the first two of four campuses that I had access to, I can confidently say that campus administration may just be in my bones. As the god-like overseer of a world full of campuses that I can switch between via a menu, the odds were that my woeful attention deficit with management games would be my downfall and land my universities in crippling debt and staff revolt. But bear with me, Two Point Studio’s cartoon veneer hides an Excel-sheet worth of stats and variables that are padded over with generous virtual assistants and a goal-driven gameplay loop powering its campaign mode.

No sooner had I loaded into the first, ordinary campus of Freshleigh Meadows had the tone been set for the shenanigans ahead via the funky jazz soundtrack and PA announcers. Reeking of whimsy, the campus radio rings in with meta jokes from an announcer and an administrator who sounds like John Cleese. Just as I’m coming to grips with parcelling out rooms in my empty main campus building, the PA blares quips about my lack of bathrooms. A none-too-subtle hint with the following, “Despite the rumours, the campus grounds are not a toilet.” I got distracted and didn’t build a bathroom for quite some time (even though it is the third or fourth objective). One of my students who looks like a My Chemical Romance fan from way back was bursting to pee so bad that his movement speed increased by 100%. Managing your student’s bladder habits is, humorously, one of your major concerns at the outset of constructing your campus while everybody is going about their day in the meantime. I built two different toilet facilities for them yet could not get them to unload – these students need a bit of indirect coaxing it turns out. This is the opposite of your staffing roster, who you can fling about the campus to do your bidding with your godly cursor.

Building the campus by one prescriptive blueprint at a time took a lot of the intimidation out of games that require me to build and create. Instead, the blueprint outlines a confined grid and its required furnishings. Tick the boxes off the plans with the room’s necessary whiteboards, generators and wacky oversized contraptions, then give it all the final tick of approval and your room bursts to life. Delightfully, a selection of appropriate additional furnishings can be added at will with a context-specific array of choices which meant I felt satisfied with my low effort interior designs. Thankfully, this game is clear about telegraphing bad installations and will let you renovate and rezone any developments with relative ease. Players can get granular by removing the guides and magnets for room design and get weird with it. Doors on top of doors, dorms with every square inch packed with beds, and co-ed bathrooms with windows for walls. All this because somebody saw fit to give my dumb arse a budget.

Not only is developing your campus a breeze with contextual menus relevant to the facilities you are setting up, but players also have a simple assortment of creation tools at the outset. Built a really elaborate library layout you’re particularly proud of? Then it’s a piece of piss to copy it into a template, so you can lay down preset facilities across your campus. Even better, you can select the perimeter of the room and relocate it to another end of the campus with all its contents intact.

An accurate microcosm of the student experience

Hiring assistants and teachers is a hoot, as you select from an ever-changing roster of candidates, each with their quirks, salaries, and skills. You can hire a cheap library assistant with bad hygiene to keep things ticking over in the books department, or you can hire somebody with attributes for actual library management. You pay their starting salary, the menu closes, and you’re left with your new employee just dangling from your cursor. This goofy visual humour appears to ebb through this game’s DNA, from the radio announcers to the doughy human caricatures, before flinging your employees about the campus and dropping their stiffening ragdolls into their respective classrooms.

The ease with which the creative tools are presented to fresh players is ever inviting, due to the contextual menus depending on which facility you select. Players can still navigate the full library of items and tools on offer, but most are locked from the outset of the campaign. requiring an experienced and successful campus administrator to upgrade the school’s status first. When goals are achieved around student satisfaction and high course grade averages, a currency called Kudosh is earned. This is a generous currency to be used in unlocking new furnishings and options for your campus, meaning players in the campaign mode can expand their repertoire of options at their own pace. As someone who is easily intimidated by a variety of games that encourage me to exercise creative freedom (The Sims, Minecraft), this piecemeal approach to drip-feeding an expanding toolkit is appreciated.

I enjoy the insignificant details of campus life. This is surely a game that uni alumni and dropouts alike are sure to tease out. Yet this is all done through the lens of whimsy and satire. It is as though the developers have interpreted the standard university offerings through the utmost cartoonish lens. Science classes are called Scientography and go beyond bubbling beakers with students synthesising all explosive matter in the vicinity of what my headcanon suggests is a small nuclear reactor. Later campuses in the preview, Noblestead and Spiffinmore, have players construct campuses that meet the educational and vocational needs of the next generation of knights and wizards, respectively.

When the second and following years roll on, the opportunity arises to expand the course curriculum with an increasingly bizarre set of educational shenanigans. My second course was called Virtual Normality, which hilariously teaches students about how to achieve mundane everyday tasks in a safe, VR setting. First-year units offered in this course further hint at the comedic flavour of the game. My favourite was ‘Trip Then Fall: VR Health & Safety,’ which I understand is simply simulating how to successfully be a clutz without the broken bones.

The next generation of Guy Fieris in training.

Remember, education is not a public right, it is big business – and there is no bigger business to excite this hopeless doomer millennial than real estate, baby. As the burgeoning campus starts to burst at the seams, throw cash at your neighbours and pave down the neighbour for the good of learning! Your campuses will be situated among communities, and just like the best/worst universities, you can buy out the surrounding land and become a student city.

Two Point Campus has fast become my most anticipated sim-like game of the year, a nebulous genre that never typically piques my interest. With whimsical and genuinely laugh-out-loud sardonic humour that games rarely land, softening a deceptively heavy management game, this university management game has me sold and is sure to pull a wide audience at the envy of competing management series titles. See you in class!