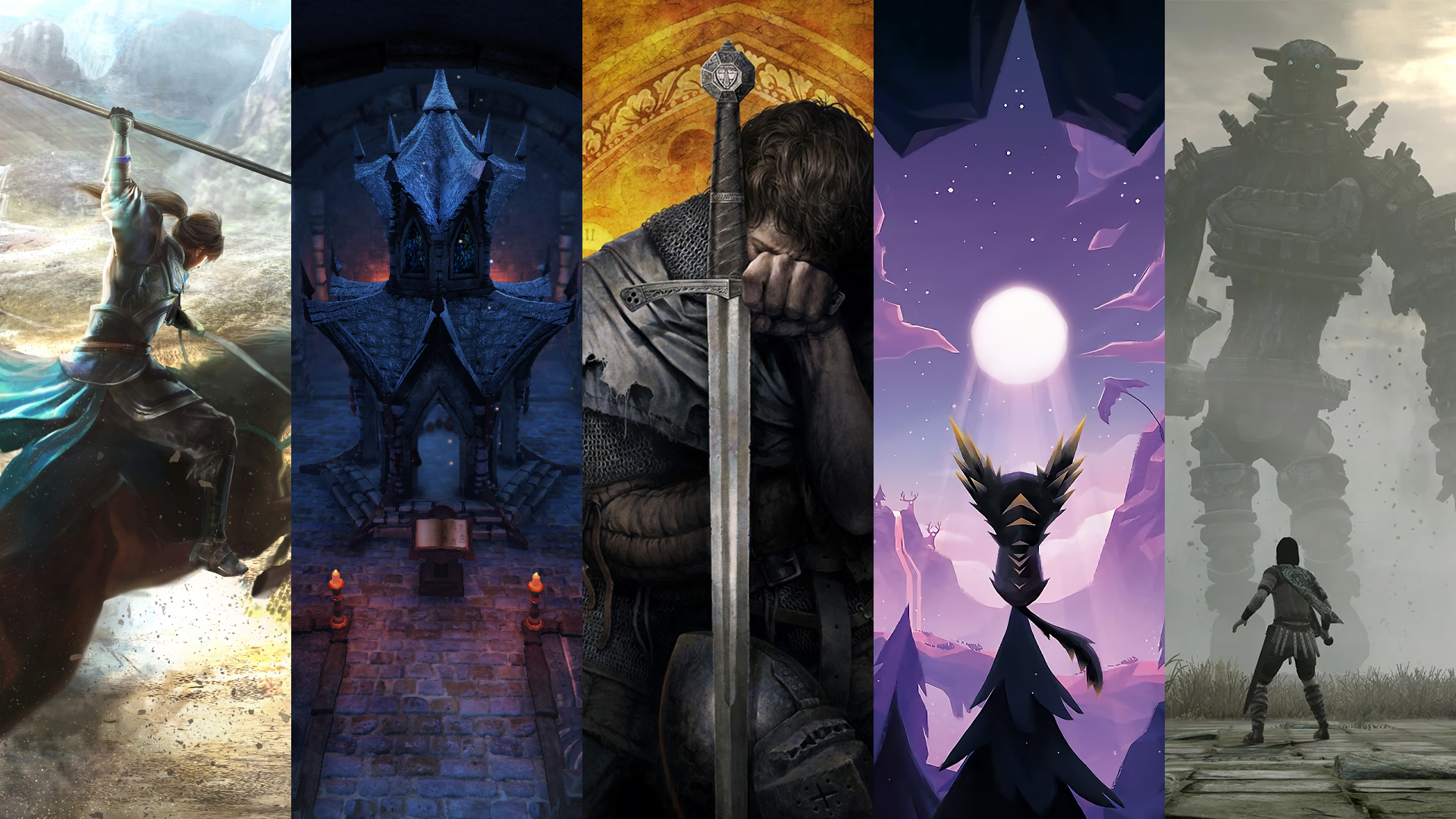 February is a bit of an odd bag this year. It’s almost like everyone is out hunting monsters and forgot to invite it to the party. There’s a veritable smorgasbord of remakemaster ports to be had, but a few new titles might also prove themselves worthy of destroying some denim. The ball’s in your jorts February…

After a quiet start to the year (for me personally) February takes it from 0 to 100 km/h with several jort-tightening titles. First up and one of my most anticipated titles of 2018 is Kingdom Come: Deliverance, a game that has wooed me with its historically accurate bohemian medieval setting (plus you get to drink schnapps). Given my habit of taking forever to finish RPGs (or not at all) it’ll be a game that I’ll slog out over the course of the year. My jorts have been essentially spray-ons ever since chatting with developer Warhorse Studios recently. Dynasty Warriors 9 is another title that has my jorts threatening to suffocate my nether region. I remember playing Dynasty Warriors co-op with my brother many years ago. Even though DW9 isn’t co-op I am still keen to check out what is the biggest DW yet. Past Cure is another game that has piqued my interest. It’s a third-person sci-fi, stealth action game with survival horror and puzzle solving elements. Yummy. The off-road racer Gravel looks like it’ll be a bit of fun to play so I’ll be keen to get behind the wheel at the end of the month. Lastly is the first episode of The Council, which is scheduled for February 2018 but at the time of writing does not have an official date. It’s a narrative-driven mystery solving game set in the 1790s featuring Napoleon Bonaparte. Need I say more?

January was a quiet month for me on the gaming front, so I’m excited to be jumping in to February with a bunch of awesome releases straight off the bat. In addition to the excitement this month has given me with its releases, this is the first month in which all my anticipated releases are indie titles! What immediately caught my eye when browsing the month’s releases was We Were Here Too – a first-person co-op adventure game that relies on communication to solve puzzles and escape a medieval castle. What more could I ask for?! Making my lady jorts even tighter this month is early access title, The Forbidden Arts – your classic indie action-adventure platformer that has a great aesthetic and heavy focus on lore. Rounding off the month however is my most anticipated title, Crossing Souls – an action-adventure RPG with a 1980s aesthetic.  As a big fan of Netflix’s Stranger Things, you can imagine why this title caught my attention, but for those unfamiliar, the title follows the story of a group of friends as they discover a mysterious pink stone that allows travel between two realms. Cliché? Maybe. But intriguing nonetheless.

February 2018 is one of those months where there actually seems to be a bit of everything for everybody. For people with good taste, there’s the obvious winner in Bluepoint Games’ absolutely stunning remake of Shadow of the Colossus. You can read my review right here, but the short of it is that it easily stands as the best remaster/remake I’ve played. Hardcore fans of the PS2 masterpiece will be having multiple jortgasms come Feb 7, and newcomers will finally get to see what the fuss is about. Following shortly after is another ‘remake’ in Secret of Mana for PS4/PC. Square Enix, ever bereft of good new ideas, are always keen to fall back on one of these 3D-chibi style redos of their beloved SNES-era RPGs. The original is one that I played as a young’n and loved but my memories of it are lost to time along with a lot of useful math equations and the plot of The Land Before Time (the mum dinosaur lives, right?!). Hopefully this new version lives up to the source material and does a good job of taking me back to the good old days of Cheez TV and affordable housing. The other big game of February for me is an artsy indie platformer being published by… EA. Yep, those guys. I’m a real sucker for esoteric, thoughtful experiences that don’t hold the player’s hand and instead leave them to experiment and discover on their own. Fe by developer Zoink looks to be delivering just that in a very stylish package, and hopefully free of intrusive microtransactions (EA joke, geddit?). Colour me keen as short-jeans.

I honestly can’t believe it’s already February, but there are so many great releases this year that perhaps it’s a good thing that time is flying by. The god-awful heat in Australia at the moment and the fact that I don’t have air-conditioning in my apartment means its perfect weather for jorts, so let’s get started.

Dragon Quest Builders was one of my favourite games of last year and the fact that it’s coming to the Nintendo Switch makes me all kinds of happy. The near perfect combination of RPG and block builder (think Minecraft) will feel right at home on the Switch and it might just tide me over until the sequel lands later this year (hopefully). Get it. Play it. Love it.

Speaking of RPGs, this month we finally get a chance to immerse ourselves in medieval Europe with Kingdom Come: Deliverance. With its dense, historically accurate narrative being supported by complex fighting mechanics and a realistically populated world, KC: D promises to be a truly unique experience.  Developing this over the many (many) years has been a true labour of love for Warhorse Studios and I’m so keen to get my gallant knight vibes going. Also much fun as it is, my PSVR headset has had a quiet few months, sitting in a corner and gathering a thin layer of dust. That’s about to change with the release of the quirky VR puzzle adventure Moss. You play as a god-like being that can manipulate the world in certain ways to help your companion, the heroic little mouse Quill, to progress. I’m really interested to see how the game plays with the omission of a fourth wall, especially since Quill communicates with you via sign language.

I’m going to be honest here, January was a very lean month for myself when it came to gaming. February however, is the month in which I feel like there will be significantly less air flow in my jorts, and I’m totally cool with that. February starts off with a bang on the 1st with the release of Night in the Woods: Weird Autumn Edition on Nintendo Switch. I only got my Nintendo Switch a couple of weeks ago and I missed Night in the Woods last year, so I’m amped to play the game on my new system. Speaking of Nintendo Switch, I’ll also be diving in to Dragon Quest Builders. The artistry of Akira Toriyama always wins me over, with the beautiful and vibrant world of Dragon Quest Builders sure to have my attention constantly throughout the month. Another big title that’s making me feel the pinch in my jorts this month is Shadow of the Colossus, a remake of a game that I’m particularly embarrassed to admit that I’ve never played. Everything I’ve ever seen or heard about Shadow of the Colossus (minus the controls!) makes it seem like a game I’d be heavily entranced and enamoured by, and I can’t wait to find out. I also can’t wait to spend some time with Fe, an atmospheric, artsy action-adventure game that from what I’ve seen so far seems to be my bread and butter. Fe emanates serious Journey vibes, and that has me anticipating the game’s release arguably more than any other title on this list. February is without doubt going to be a busy month, but I’m readier than ever to plough through some amazing games.

In this article:Jorts,okami,xenoblade chronicles 2,xmas